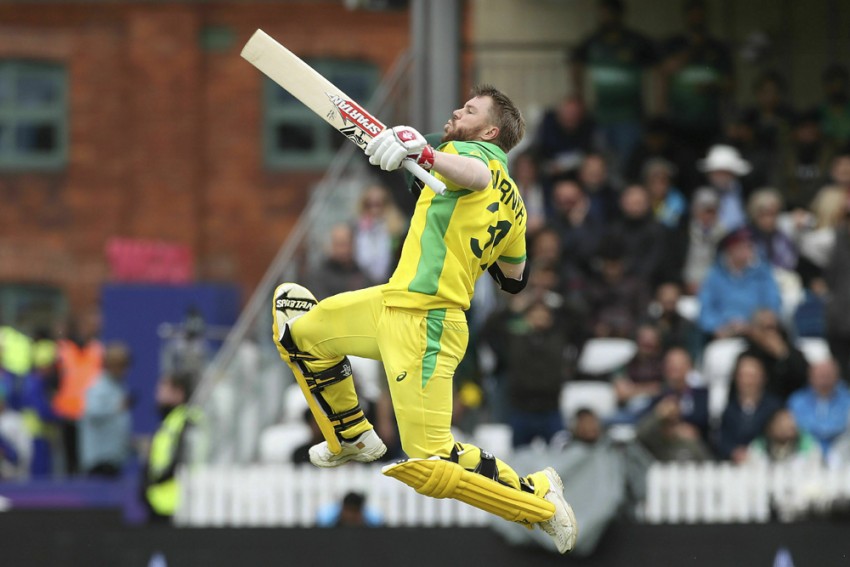 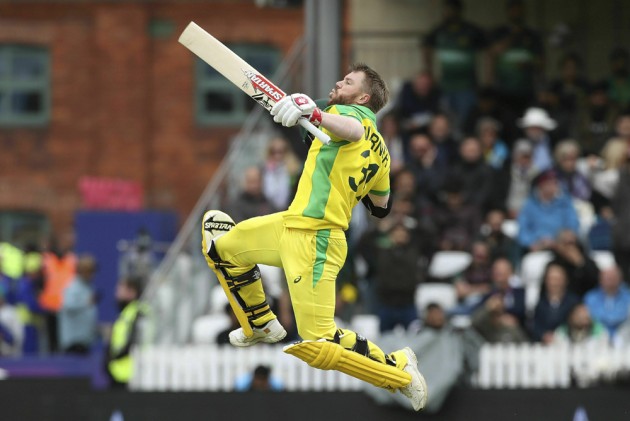 David Warner admitted he feared he might never score another hundred for his country after inspiring Australia to World Cup victory against Pakistan with a classy 107 knock.

The opener missed a year of action but returned in time for the ICC Men’s Cricket World Cup, where Australia have now won three of four matches.

Warner revealed his innings, which proved the foundation of Australia’s 41-run win, filled him with both joy and relief after wondering whether he would ever get the chance to enjoy a similar moment ever again.

“Yes, definitely, there was always that going through my mind,” nodded the left-hander when asked about the possibility that his hundred in the Boxing Day Test against England in December 2017 might have been his last in the baggy green.

“That’s what drove me to keep being as fit as I can, to keep scoring as many runs as I can in the Twenty 20 tournaments I played in, and really enjoy playing in grade cricket," quipped Warner,

“I think going through these tough times and regrouping put myself in the best way to come back into international cricket. Personally, of course, it’s a great thing to get this hundred. Obviously, it’s been a long time coming,” he added, of the innings that won him the Player of the Match award.

Warner had stayed away from the spotlight during his time away but opened up after this triumphant performance while paying tribute to his wife Candice, the Ironwoman athlete who had been his “rock”.

“I was always coming back to international cricket if selected,” said Warner. “The thing that kept me going was my wife and two young kids. I got great support at home from the family. My wife at home, she’s been my rock - she’s unbelievable, disciplined, selfless."

“I hold a lot of credit to her, she’s a strong woman. She got me out of bed a lot in those first 12 weeks and got me back running and training as hard as I could. Just to maintain my level of fitness and hard work, she nailed that into me.”

Warner, now the second highest scorer in the tournament with 255 runs, quickened his scoring rate at Taunton after his slowest-ever ODI fifties in previous knocks against Afghanistan and India.

He explained: “Against Afghanistan, I felt like I had no rhythm; the next game (versus the West Indies), I got one that kicked off the wicket but I was a bit lazy."

“In the last game (against India), I didn’t play the way I know I can play. So it was a bit of relief in a way (to get the hundred). Against India, I hit a lot of fielders and you feel like you’ve got no rhythm."

“Today was one of those wickets when you’re still looking to score while keeping it tight - we had to try to adapt to those conditions.”

Still, though, the perfectionist in Warner was annoyed that he got out so soon after reaching his 15th ODI ton. “I still feel I left a lot out there, with 70 balls to go. And with the way we were trying to build partnerships again, I hold myself responsible for the way we fell apart there.”

Still, he senses the world champions are now really on track again after they moved into second place in the standings.

“This group’s always been fantastic…I’m pumped to be back, the boys are on fire here, we’ve got a great group harmony, a lot of smiles on faces, and you can see that out on the field.”