AUS Vs IND: 'We Faltered In Execution, Admits Josh Hazlewood

At stumps on day three, Australia were 21 for no loss in their second innings to extend their overall lead to 54 runs 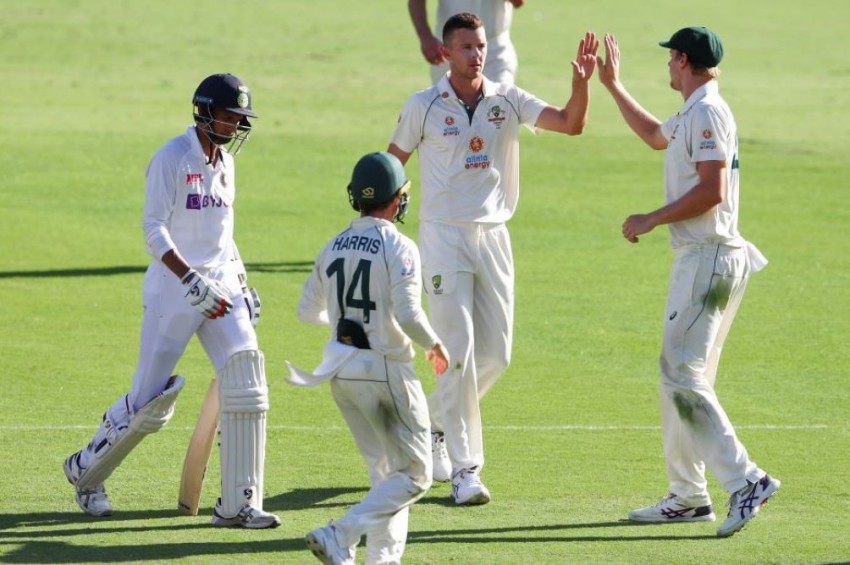 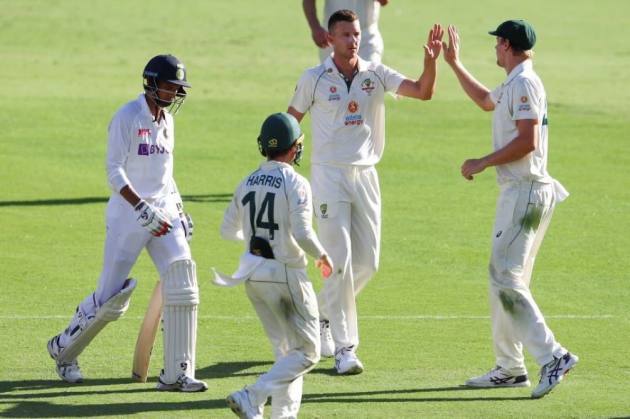 Australia speedster Josh Hazlewood on Sunday credited Washington Sundar and Shardul Thakur for taking India to a safe position with their century stand but rued the execution of home team bowlers in finishing off the visitors tail on the third day of the series-deciding fourth Test here. DAY 3 HIGHLIGHTS | SCORECARD | NEWS

In a  spot of bother at 186 for six in reply to Australia's 369, debutant Washington (62) and Shardul (67) punched above their wights to stitch a "crucial" 123-run stand for the seventh wicket to help an inexperienced India finish their first innings at 336, 33 runs short of the hosts.

"Yes, it is obviously a crucial partnership (between Shardul and Washington), but then we had them. I think, 6/200 around that mark, so we thought we (were) on top there but to be fair the guys batted really well," Hazlewood, who returned with figures of 5 for 57, said at the virtual post-day press conference.

"We didn't probably execute well as we could have in that period but (we) created a few little half chances. On any other day, hopefully we take those, but credit to those two guys (Shardul and Washington). They batted beautifully and I think it just shows the wicket is pretty good."

At stumps on day three, Australia were 21 for no loss in their second innings to extend their overall lead to 54 runs.

Hazlewood conceded that Australia let a few moments slip in the day, which could have eventually made the difference.

"I thought the guys did bowl really well again and everyone else backed us up.  Just let a few moments slipped, I think, and also a few a half chances there. If we could have grabbed them, it could have made a little difference," the 30-year-old said.
Hazlewood also said that the Australian bowlers failed to build enough pressure as they would have liked to against Shardul.

"It is a bit of frustration obviously, sometimes when you reduce a team to six down and you are on your way to knock them over, but as I said teams bat all the way down, specially some of the teams like England. Credit to him (Shardul), we missed our marking a little-bit in that little period.

"Probably bowled a touch short and bit of width here and there and just let him off the hook a little bit there and probably did not build the pressure, the way we wanted to. But again credit to him," he said during the briefing facilitated by official broadcaster Sony Network.

Hazlewood, however, was happy with the fact that they managed to remove India's batting mainstay Cheteshwar Pujara cheaply.

"It is huge. He (Pujara) is obviously, probably the key wicket, one of the couple of key wickets there at the top order. If we can knock Pujara early, we get five, six, seven numbers in with a relatively hard and newish ball, so he plays a massive role for them and Patty (Pat Cummins) obviously has been on top of him this whole series," he said.

"He has still batted a bit of time here and there but we have really squeezed on the runs and I think that is playing on in his mind and bringing to his downfall."

Hazlewood said the match is at present evenly-poised and a call on declaration in their second innings will be made taking into consideration all factors, including the weather.

"I think, the way it is set up, it is probably going to be both. Probably depends (on) who bats, if Davy (David Warner) bats a long time, things happen pretty quickly as we know. I think it will be pretty similar to maybe Sydney, three-three and half sessions, maybe four sessions," he said.

"It all depends on probably the weather as well, a bit of rain forecast in the afternoon on both days, so that could come into calculations but, we will bat normal for the first two sessions tomorrow and see where we are."