Virat Kohli is coming back to India for the birth of his first child in January. In his absence, Ajinkya Rahane will lead India in three remaining Test matches against Australia 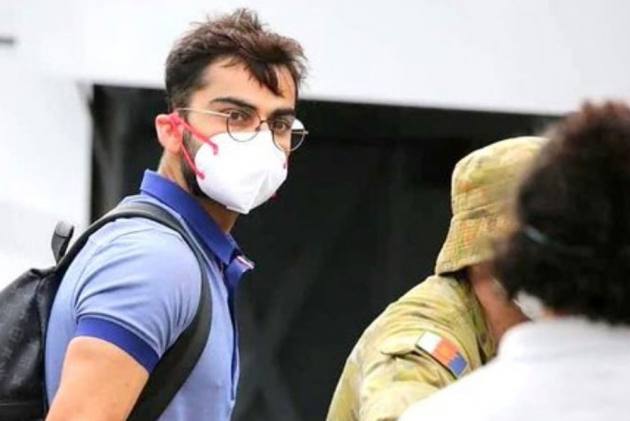 Indian captain Virat Kohli left Australian shores on Tuesday after a pep talk with his beleaguered teammates, handing over the mantle of leading the side to Ajinkya Rahane in the remaining three Tests.

Kohli is coming back to India for the birth of his first child in January.

Before boarding his flight back home, the star batsman met his teammates and encouraged them to give their all in the remainder of the series, which the visitors trail 0-1 after the heavy defeat in the opening Test.

Long before setting foot on Australia, Rahane had been entrusted with the responsibility of leading in the team in Kohli's absence after the star had approached the BCCI for paternity leave.

The idea behind organising the pep talk was to boost the confidence of the players and keep them in a positive frame of mind heading into the crucial Boxing Day Test in Melbourne.

India lost the lung-opener at Adelaide inside three days after crumbling to their lowest Test score of 36.

The second Test is scheduled to be held at the iconic Melbourne Cricket Ground (MCG) from December 26-30.

Kohli, who has been leading the Test team since 2014, urged his players to show intent and express themselves on the field without any inhibition.

While Kohli has departed for India, his white-ball deputy Rohit Sharma is quarantining in Sydney.

Kohli was India's best performer with the bat in the series opener, top-scoring with a sedate 74 in their first innings before being run out following a misunderstanding with Rahane.