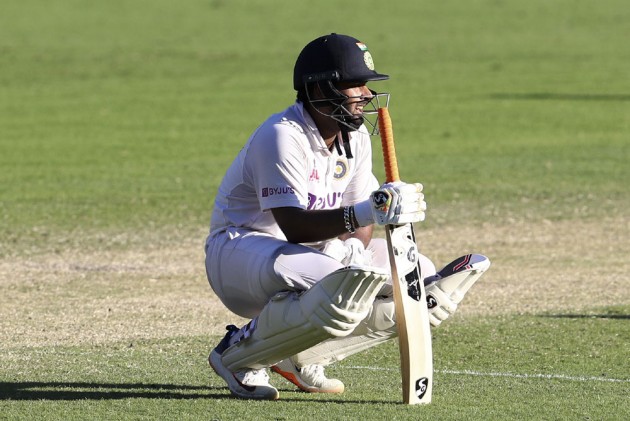 After playing the main role in India's breathtaking and successful run chase in the series-deciding fourth Test against Australia, Rishabh Pant on Tuesday called the historic win as the "biggest moment" of his life.

Pant took the intimidating Australian attack on a challenging fifth-day track by the scruff of its neck to conjure up an unbeaten 89-run knock that powered India to a 2-1 Test series victory.

The three-wicket win at the Gabba on the final day meant that India have won an unprecedented back-to-back Test series victory Down Under.

"This is one of the biggest moments of my life now, and I'm happy that all the support staff and all my teammates supported me even when I wasn't playing," Pant said at the post-match presentation ceremony.

India did not play Pant in either the preceding ODI or the T20 series. But the young wicketkeeper-batsman made an impression in the Test series, playing a combative 97-run knock in the second innings in Sydney and again here on Tuesday.

"It's been a dream series. The team management always backs me and tells me, you are a match-winner and you have to go win the match for the team. I keep thinking every day that I want to win matches for India, and I did it today," Pant said.

Asked about the pitch that had cracks all over, Pant said, "It was a fifth-day pitch and the ball was turning a bit. I thought I have to be disciplined with my shot selection."

"It means a lot to us. I don't know how to describe this, but our boys showed a lot of character and determination after the Adelaide Test," Rahane, who led India in the absence of Virat Kohli, said.

"I'm really proud of each individual."

It was Rahane who pushed the acceleration button with his brisk 24-run knock and he said that was indeed the plan.

"The conversation between Pujara and me was that he would bat normal, and I would take it on. Credit to Pujara, the way he handled the pressure was magnificent. Rishabh and Washington were very good at the end."

Rahane also said the addition of Washington Sundar, who was drafted in because of a spate of injuries to senior players, brought balance to the side.

"Taking 20 wickets was the key, so we opted for five bowlers. Sundar brought the balance in place of (Ravindra) Jadeja. The intention was clear to play five bowlers.

"(Mohammed) Siraj played two Tests, (Navdeep) Saini just one, so it was inexperienced but the character shown by the bowlers and everyone else was incredible."

Australia captain Tim Paine graciously admitted that they were outplayed by the Indians.

"We were here to win the series, but we have just been outplayed by a disciplined and tough Indian side who fully deserve the series win. We have to look back over a lot of things, and we'll go through it as a group.

"We have been outplayed by a better side this series," he said.

Paine said they had a plan for India but the visiting team came prepared for the challenge.

"We wanted to set a bit over 300, and dangle a carrot for them to win the series. I thought India turned up today, wore balls on the head arm and chest, put their body in the line, so credit to them, they deserve the win.

"Wicket-keeping is a part of my job, and I have to get them right. Our bowlers did really well as well, it's just credit to the Indian side for this terrific series."

"It was good hard day of Test cricket today. Rishabh and the rest of India took the game on and deserved to win. I wanted the cracks to do a bit more. If we bowled well I think we could have picked up wickets.

"In Sydney the game was there to win on Day 5, we just didn't go for it, so yes, overall, quite happy," said the pacer.