Joe Burns was picked for the first Test against India despite being in dismal form, and the opener repaid the selectors' faith with an unbeaten half-century in the second innings of the eight-wicket victory 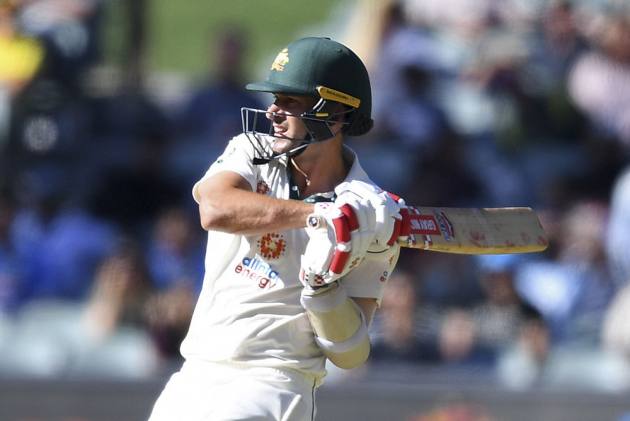 Australia batsman Joe Burns was thankful for Justin Langer's support and backing amid his form slump.

Burns was picked for the first Test against India despite being in dismal form, and the opener repaid the selectors' faith with an unbeaten half-century in the second innings of the eight-wicket victory.

Before that unbeaten 51, Burns had made just 70 runs in his previous 10 innings.

The 31-year-old said it was special knowing he still had the support of head coach Langer despite his struggles.

"Obviously, JL has been right in my corner over the last few weeks. Working closely with him in the days leading up to the first Test match, that's exactly how we wanted to approach the game," Burns told a news conference on Monday.

"More than anything in the preparation he wanted me to really play my shots in training and be strong minded in our approach. It's always a special feeling when you're not making runs and you have someone in your corner, then to go out and get some on the board.

"In terms of going forward now, every Test match I play I just want to make big hundreds and try to win games of cricket for Australia. That doesn't change. If I made a pair last game, it wouldn't change going into the next match.

"I can see how people make assumptions of how you may be thinking, but at the end of the day, this game at this level is too challenging to even contemplate or think about those sorts of things. For me anyway, I find the game pretty challenging as is."

Six and fifty for Joe Burns!

What a way to seal victory for Australia! #AUSvIND pic.twitter.com/9ZLfC3f41r

With David Warner (adductor) and Will Pucovski (concussion) out, Burns opened alongside Matthew Wade in the first Test.

Warner is seemingly the more likely of the injured pair to return for the Boxing Day Test in Melbourne, but Burns also praised Wade, who made 33 in the second innings.

"I think Wade's role can't be understated. He came out in that fourth innings and those run chases can be tricky, especially when you see a team get bundled out for 30-odd," Burns said.

"We knew that they had to be aggressive and Wadey is such a tenacious player and he's got so much experience and knowhow. I just loved his intent, the fact that he kept the momentum rolling straight into our innings and didn't let them get on top at any stage. Very unfortunate the way he got dismissed, but he did a fantastic job.

"We haven't heard any final ideas about injuries and what not. I think we'll find out more over the coming days. Obviously, we're still in Adelaide at the moment, I think Dave is in Melbourne at the moment as well. We're still soaking up this Test match here."