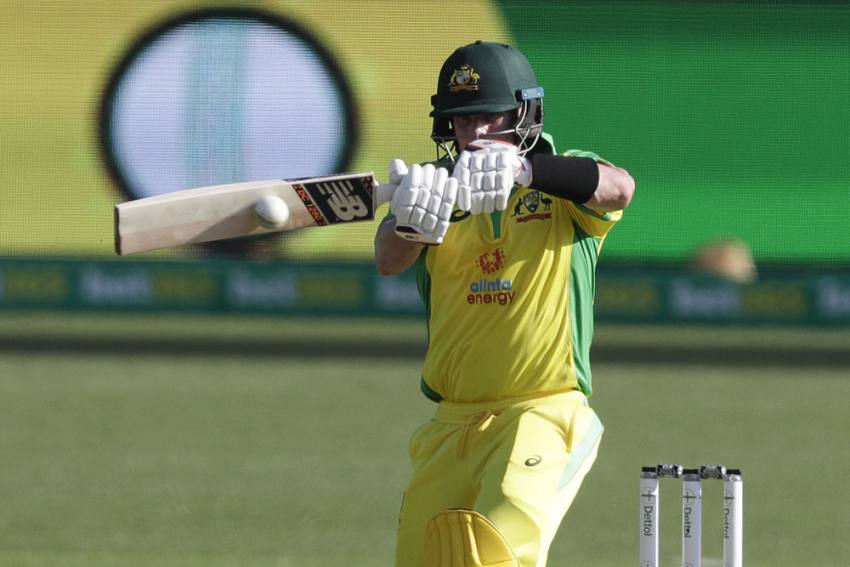 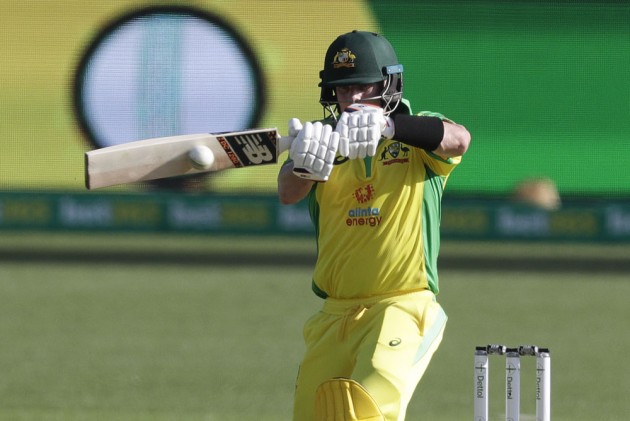 Australian batsman Steve Smith found his "rhythm" with a cracking hundred against India in the first ODI but admitted that there wasn't much pressure, unlike other times.

"I just found a nice rhythm again," Smith told reporters while crediting his skipper and fellow centurion Aaron Finch for setting up a nice platform with a 156-run opening stand with David Warner.

"It was just see-ball, hit-ball and obviously the foundation had been set so I could be quite aggressive," Smith said.

Having found his "hands" as he had said prior to the match, Smith was happy that he could decide which bowlers to attack even though the entire Indian bowling line-up was at the receiving end of his onslaught.

"I picked my bowlers and where I wanted to hit them, and just played some good shots to the areas of my strengths."

By his own admission, the pressure was less unlike some other times when quick wickets have fallen around him.

"There wasn't a whole lot of pressure. Probably, at other times, when I have batted my best, it's been when the team has been under a bit of pressure and I have had to play almost an anchor role to help us get a total," the former skipper said.

Smith said that trying to switch from his natural style of building the innings to a more T20 friendly mode of power-hitting did affect his game.

"I haven't felt quite right for a while and maybe that's T20 cricket, trying to be a bit more powerful and probably not playing as much to my strengths as I'd like," Smith said.

What Smith did before this series was to get back to normal grip.

"So I've been getting myself back to my normal grip and finding it."

During one net session, Smith was able to drive on the left side of the mid-off and it was at that moment he realised that he has got his mojo back.

"It might sound really funny but it just sort of clicked into place the other day and I was able drive the ball where I wanted to.

"I could beat mid-off on the left side and I wasn't slicing the ball as much as I was in the IPL for a little while."

The former skipper is hopeful that he can continue with his rich vein of form during the entire summer.

"It was nice to hit a few in the middle, and spend a bit of time out there and hopefully it holds me in good stead for the rest of the summer."