World number one Novak Djokovic believes the ATP Finals is the toughest tournament to win due to the strength of the field. 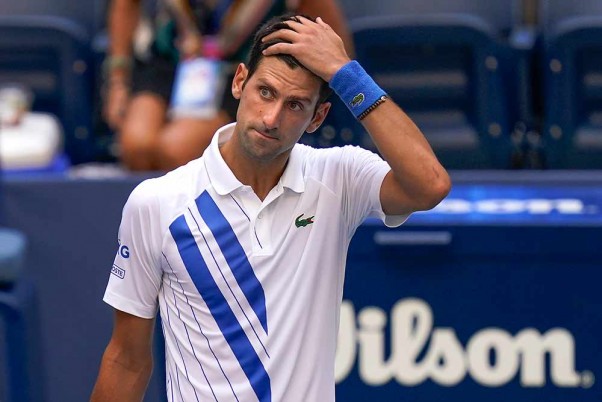 World number one Novak Djokovic believes the ATP Finals is the toughest tournament to win due to the strength of the field. (MORE SPORTS NEWS)

The winner of 17 grand slams, Djokovic has enjoyed great success at major level, but the Serb star feels the season-ending London event is a tournament like no other.

"Over the years I had some thrilling matches here with Roger [Federer], Rafa [Nadal], with Andy [Murray] and all the guys now, the young guys coming in now on the tour," Djokovic, who last won the Finals in 2015, said.

"We had different winners which was great to see. We had [Grigor] Dimitrov, [Stefanos] Tsitsipas, [Alexander] Zverev, Andy [Murray] in '16. So we had four different winners in the last four years. I think it's wonderful for the game because collectively as part of the tennis system we want to promote as many players out there as possible because then the game benefits on the global level. Back in 2012 that was a big win against [Roger Federer]. I did have some big wins against Rafa in 2013, and then Roger again.

"I've been very fortunate to enjoy a lot of success in O2 Arena and this tournament that probably is the most challenging tournament of the year or of the season because you start off by playing a top-eight player in the world right away. And every single match that you get to play, you play against one of the top-eight guys.

"So, already the second match can be against one of your biggest rivals in the group. So, yeah, that's the intensity that this tournament brings. But at the same time, I feel like it's making us all go into this competitive mode right away, from the first point. Which I personally like."

It's the moment we've been waiting for...

Djokovic, who has 39 victories this season and just three losses, will end the year top of the ATP Tour rankings.

He clinched his record-tying sixth year-end number one finish, ahead of rival Nadal.

"It is definitely always the highest goal and aspiration for me to end the year and the season as number one and try to stay there as long as possible," Djokovic continued. "It is very challenging, without a doubt, the most challenging goal that a player can have because you have to be able to play consistently well throughout the entire season on all different surfaces.

"Obviously, this season is unusual and different from any other. We did have a five, six-month gap with no tournaments, but we still played quite a few tournaments at the beginning of the year and then the last three months. I'm just pleased, obviously, very pleased, and very proud to end this year and the season as number one.

"Although, I have mixed feelings a little bit, to be honest, because of the situation that we are in collectively as people of the world. I am obviously happy to be here, to be able to do my job and my passion, but I know there are millions of people that don't have that opportunity. So, I'm kind of somewhere in between with my emotions."