Barcelona will look to continue their positive start to the new La Liga season with another win. Check match and telecast details of Athletic Bilbao vs Barcelona football match 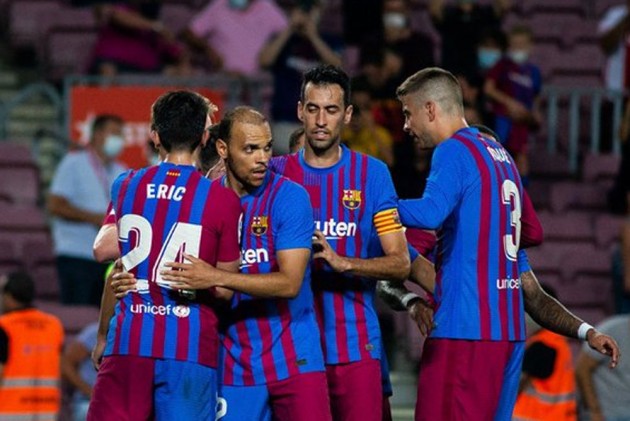 The last time these two teams met in April, a certain Lionel Messi scored a brace as Barcelona blanked Athletic Bilbao 4-0 in the final of Copa Del Rey at La Cartuja, Seville. That turned out to be Argentine great's 35th and final trophy with Barcelona and with that, the narrative had also shifted elsewhere. (More Football News)

But Barca, after letting their talisman leave on a transfer to Paris Saint-Germain, started the new La Liga season with a 4-2 win over Real Sociedad at home. And tonight, they face their first real test at the San Mames, which can be a hostile place. A poor result may well prove detrimental in their rebuilding process. A good start is what they need to shift the focus back on things that matter, the game.

Bilbao, unlike Barca, started the Spanish league season with a lacklustre, goalless draw at Elche. And Marcelino's Lions, despite having injury issues, will be eager to have a crack at a team that is still coming to terms with the departure of possibly the greatest player in history.

Barcelona lead the head-to-head record 44-10 in the last 67 meetings overall, with 13 matches ending in draws. Last season in La Liga, Barca completed a league double, winning 3-2 in the first leg and 2-1 in the second. In both the matches, Messi scored, twice in the corresponding fixture and the opener at Camp Nou. In the league, Barca lead 37-8 in 56 previous meetings.

The last time Bilbao beat Barca was in a Cup match in February 2020, a 1-0 win. And it was their second on the trot after a league win by a similar margin in August 2019.

Barcelona: Antoine Greizmann has been directly involved in 15 goals against Bilbao in La Liga.