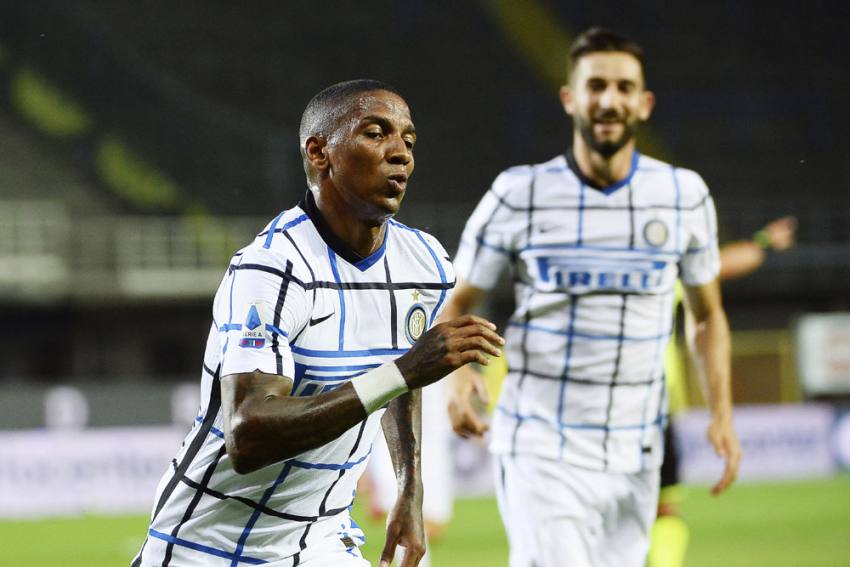 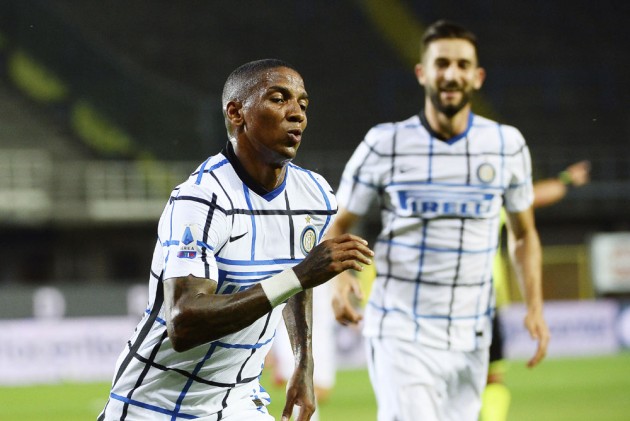 Ashley Young was Inter's inspiration with a goal and an assist as Antonio Conte's men concluded their 2019-20 Serie A campaign by beating Atalanta 2-0 on the road, in turn securing a second-place finish. (More Football News)

Any one of Inter, their hosts and Lazio could have clinched the runner-up spot behind champions Juventus on Saturday, but the Nerazzurri – who were second going into the final round of fixtures – produced a professional and clinical display away to an Atalanta side that were nowhere near their exhilarating best.

Just 50 seconds had elapsed before Danilo D'Ambrosio gave Inter the lead from a pinpoint Young delivery, before the former Manchester United captain scored a gorgeous goal to put Inter in complete control.

Atalanta – reportedly missing star man Josip Ilicic for personal reasons – rarely looked capable of clawing their way back into the contest, but nevertheless finished third for a second season running despite Inter coasting to a straightforward win.

8 - Ashley Young (four goals, four assists) has been involved in 8+ goals in a single season in the top-5 European leagues for his first time since 2011/12, 13 with Manchester United. Rediscovery.#AtalantaInter pic.twitter.com/PeyY325GeE

Conte's side enjoyed an emphatic start as they took the lead inside the first minute – D'Ambrosio heading in Young's cross after Pierluigi Gollini came for the delivery and missed it.

Atalanta hardly registered a response and their task doubled in size in the 20th minute, Young this time doing it all alone as he cut in off the left flank and curled a sumptuous 25-yard effort into the bottom-right corner.

The curiously subdued hosts finally crafted an opening just before half-time, but once again Young was in the right place for Inter, this time blocking Mario Pasalic's volley after missing Alejandro Gomez's initial cross.

Excitement was even rarer in a generally monotonous second half, though Gomez did at least force Samir Handanovic into a necessary save in the 54th minute.

Atalanta enjoyed a little pressure in the latter stages, but Duvan Zapata's woeful poked effort was blazed high, before Ruslan Malinovskiy drilled a couple of efforts wide from distance.

What does it mean? Inter get the job done as Atalanta's focus appears elsewhere

In the grand scheme, Saturday's result carried little importance. While Atalanta would have surely been pleased to secure a first-ever second-place finish in Serie A, failing to accomplish that does not render their season any less of a success.

While their performance against Inter was disappointing, it would be understandable if their attention is already on the upcoming Champions League clash with Paris Saint-Germain.

Young has taken to Serie A impressively, with his goal involvements here taking him to eight for the season (four goals, four assists) despite only joining Inter midway through the campaign. He also made a crucial block to deny Pasalic when a goal might have given Atalanta the push they needed.

So often reliable for Atalanta, it was not Zapata's day here. The Colombian had three shots in the match - two were feeble efforts, and the last the a hopeless prodded attempt that sailed well over from inside the box.

- Inter have picked up 82 Serie A points this season, equalling their title-winning performance under Jose Mourinho in 2009-10. It’s the first time the Nerazzurri have earned 79+ points without winning the Scudetto.
- Inter are the second club to win 13 away games in a single Serie A season without lifting the title after Napoli in 2016-17 and 2017-18.
- Conte's men made it four consecutive league clean sheets – their best run since April 2018.
- Atalanta failed to score in a Serie A game for their first time since their goalless draw at Sampdoria last November.
- D'Ambrosio goal was the fastest in a Serie A game this season. His four in 2019-20 came from only seven shots.
- Roberto Gagliardini played today his 100th game for Inter, in all competitions.

These two now turn their attentions toward Europe, with Atalanta set to face PSG in Lisbon on August 12 for their Champions League quarter-final.

Inter head to Gelsenkirchen, where they will go up against Spanish side Getafe for a place in the last eight of the Europa League next Wednesday.