India now has medals confirmed in each weight category. Mary Kom among 10 women to play semi-finals on Thursday 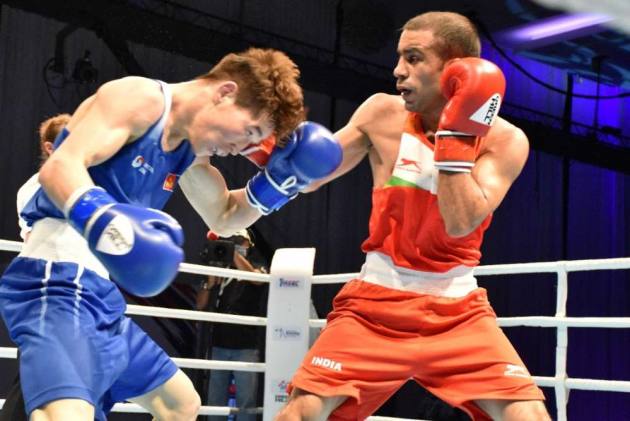 The World Championship silver medallist Amit Panghal lived up to his reputation as he defeated Kharkhuu Enkhmandakh 3-2 in the 52kg quarter-finals at the 2021 ASBC Asian Boxing Championships in Dubai on Wednesday. (More Sports News)

In the 52kg last-8 match, both Panghal and Enkhmandakh started the contest in a contrasting manner.

While Indian made a cautious start, Mongolian boxer was aggressive from the word go. However, despite making a defensive start, Panghal quickly shifted gears as both the boxers saw exchanging some heavy blows in fast paced fierce battle.

With some timely and precise punches, the top seeded Panghal edged past the opponent. His tactical brilliance put himself ahead of Enkhmandakh and tilted the verdict in his favour in a closely-fought game.

With this victory, the defending champion Panghal progressed into semi-finals and confirmed his third successive Asian Championships medal after gold in 2019 and bronze in 2017. In the last-4 clash, Panghal will take on Kazakh boxer Saken Bibossinov, whom he beat in the 2019 World Championships semi-finals.

Extending India’s winning-run on Day 3 of the Championships, which is jointly hosted by the Boxing Federation of India (BFI) and UAE Boxing Federation, Varinder Singh (60kg) outclassed Samuel Dela Cruz of Philippines 5-0 in one-sided quarter-final and handed India its 14th medal at the prestigious event. He will now square off against Iran’s Daniyal Shahbakhsh in the last-four stage.

Vikas will face stiff challenge from top seed and defending Champion Bobo Usmon Baturov of Uzbekistan in the semi-finals.

Later on the third day of the Championships, two more Indian pugilists Ashish Kumar (75kg) and Narender (+91) will be seen in action and will look to make winning starts in the tournament and confirm medals for the country.

The on-going Championships has been witnessing the presence of 150 boxers from 17 countries including strong boxing nations such as India, Uzbekistan, Philippines and Kazakhstan.