Steve Smith received a blow on his neck via a Jofra Archer bouncer on Day 4 of the 2nd Test match at Lord's. Shoaib Akhtar slammed the bowler for his unconcerned attitude, and ACA condemned the Lord's Crowd for booing Smith. 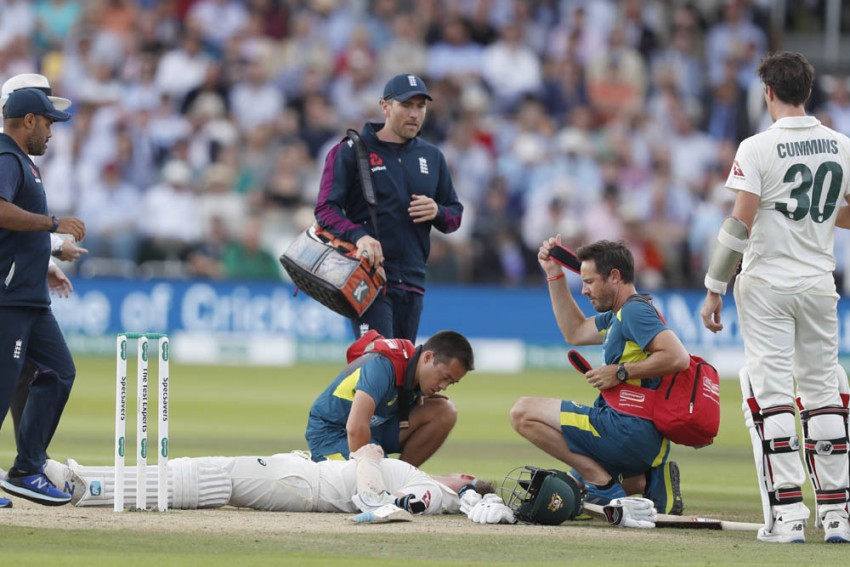 Physios from both countries treated Smith, but he had to leave for a concussion test. Sometime later, while he was coming back, the crowd began to boo him.
AP
Outlook Web Bureau August 18, 2019 00:00 IST Ashes, ENG Vs AUS: Shoaib Akhtar Slams Apathetic Jofra Archer After Steve Smith Incident, ACA Condemns Lord's Crowd 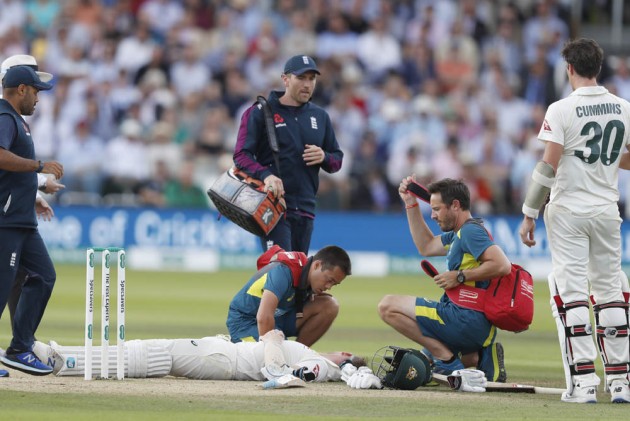 Former Pakistan pacer Shoaib Akhtar slammed England bowler Jofra Archer for not checking up on Australia's Steve Smith after striking him on the neck by a bouncer. Also, the Australian Cricketers Association (ACA) has issued a statement condemning booing by English fans at Steve Smith after the incident. Smith had to cope with two blows on Day 4 of the 2nd Test match at Lord's. First he was struck on the elbow by Archer, and pretty soon, he was hit on the neck by a brutal bouncer which sent him crashing down to the ground.

"Bouncers are a part & parcel of the game but whenever a bowler hits a batsman on the head and he falls, courtesy requires that the bowler must go & check on him. It was not nice of Archer to just walk away while Smith was in pain. I was always the first one to run to the batsman," Akhtar tweeted.

Physios from both countries treated Smith, but he had to leave for a concussion test. Sometime later, while he was coming back, the crowd began to boo him.

"Over the English summer, generally the crowds have been terrific and really added to the contest. But when someone is hurt, yet the boos continue, it's time to call 'enough.' At any rate, the players have already served the toughest penalties in the history of cricket. Surely it is time to move forward," it added.

"The overnight events at Lords show the importance of the concussion protocols which have been developed in Australia over the last few years. Let's remind ourselves - this is a workplace for these players," the ACA said.

"The reality is that cricket can be a dangerous sport, especially when the bowling is as ferocious as it has been in this series. To see the protocols practiced at Lords overnight was important and correct," the statement added.

The root cause of the booing goes back to 2018, when Smith, David Warner and Cameron Bancroft were involved in a ball-tampering scandal against South Africa. They were suspended for a year.

Also, in the recently concluded Cricket World Cup, the trio were subjected to similar treatment from the fans.