Steve Smith has now amassed 751 runs, a sizeable chunk of Australia's overall tally of 2,508 runs over the entire Ashes series Vs England. When he was asked for reasons for Australia's batting failures he said conditions had not been kind. 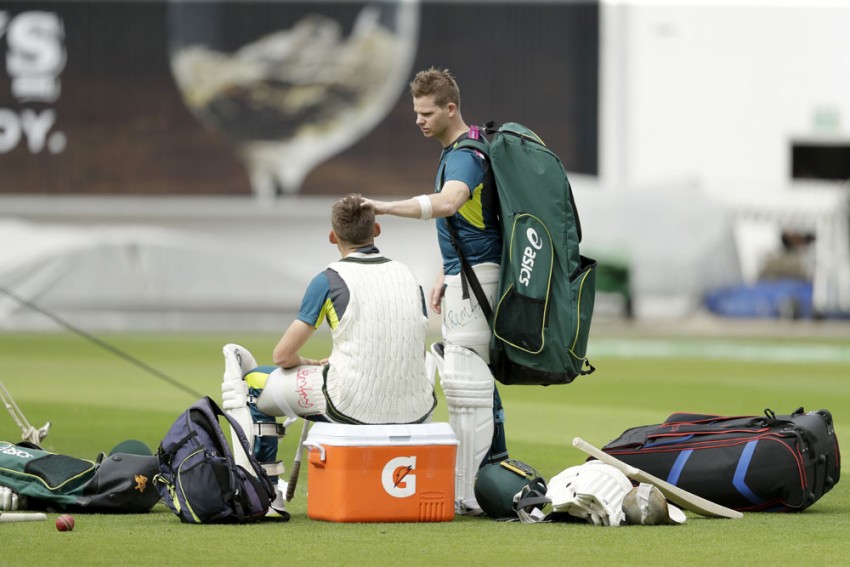 Steve Smith said he was able to shut out pressures and focus on the job in hand despite the weight of expectation on his shoulders.
AP
PTI September 14, 2019 00:00 IST Ashes 2019, England Vs Australia: Steve Smith Refuses To Blame Inconsistent Teammates 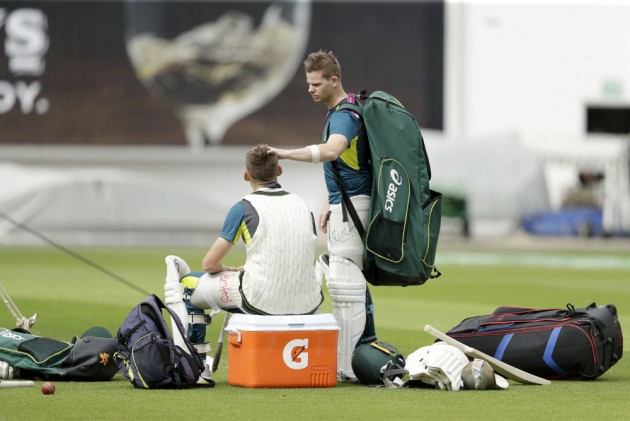 Steve Smith refused to blame his inconsistent teammates for their batting failures during the Ashes after he again shouldered the run-scoring burden for Australia. The former skipper scored 80 at the Oval -- his lowest total of a sensational series -- as the tourists were bowled out for 225, 69 runs short of England's first-innings total of 294 on the second day of the fifth and final Test.

Smith has now amassed 751 runs, a sizeable chunk of the team's overall tally of 2,508 runs over the entire series even though he has missed three of the nine innings after being hit by a Jofra Archer bouncer.

When he was asked for reasons for Australia's batting failures he said conditions had not been kind throughout the series but that players would learn from performing in unfamiliar conditions.

"We haven't seen any huge totals really throughout the whole series so it's not been easy," he said.

"There's always been something there, I felt. If you bowl in good areas for long enough then I think we've seen you'll get rewards."

"Playing in England is completely different from playing back home and you've got to find ways to play away from home," he added.

"Sometimes you need to change certain little things that can help you play in certain conditions and adapt accordingly but I think it will be a good learning curve for all of our batters."

Smith said he was able to shut out pressures and focus on the job in hand despite the weight of expectation on his shoulders.

ALSO READ: He Got Me There: Smith On Bairstow

"I just sort of do my thing and what people say it doesn't really bother me, it's just each time I go out to the middle I love batting and I just want to bat and score runs and help out the team," he said.

"People can say whatever they like, nice things, bad things, whatever. It really doesn't bother me."

The 30-year-old, lbw to Chris Woakes, was disappointed not to reach his fourth century of a stellar series on Friday but said he had struggled with "flu" during his innings.

England paceman Archer took six wickets to put his side in the driving seat and Smith was asked whether a great rivalry could develop between the pair.

But the Australian said it was too soon to tell.

"Who knows? When's the next Ashes series? I don't even know," he said. "Will I still be playing? I'm not sure. Who knows the answer to that? We'll see.

"He's a quality performer. He's got two five-fors in four Test matches (Archer has twice taken six wickets in an innings) and you don't get guys bowling 90 miles an hour growing on trees and with the skillset he's got.

"He's a terrific bowler and there's no doubt that he'll gain a lot of confidence from his first Test series." Australia, 2-1 up, have already retained the Ashes urn but are aiming to win their first Test series in England since 2001.

Ashes 2019, England Vs Australia: He Got Me There – Steve Smith Tricked Into Dive By Jonny Bairstow