Ansu Fati's injury comeback has hit another setback, with Barcelona confirming the Spain forward has had to undergo further surgery on his knee. 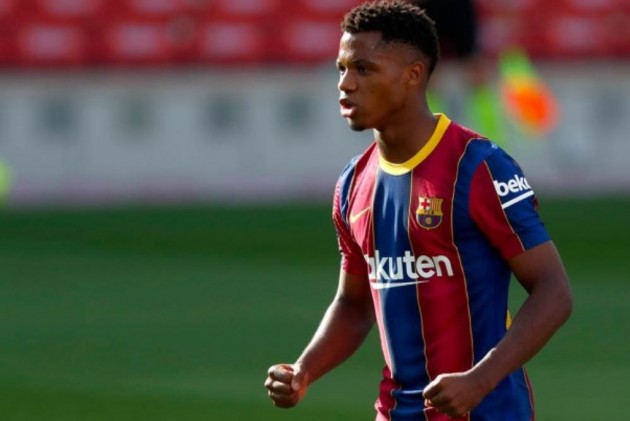 Ansu Fati's injury comeback has hit another setback, with Barcelona confirming the Spain forward has had to undergo another knee operation. (More Football News)

Fati suffered a serious meniscus injury in November, having scored five goals across 10 appearances for Barca across all competitions.

He had initially been forecast to return in March, though the 18-year-old hinted in a social media post at the end of that month he may be facing a longer spell on the sidelines.

Having failed to return to training throughout April, Fati has now gone under the knife yet again, this time for a revision arthroscopy in his left knee.

Barca confirmed in a statement on the club's official website that the operation had been undertaken by Dr. Jose Carlos Noronha in Porto.

The Blaugrana have offered no update on a timescale for Fati's return, though it will certainly rule the youngster out of Euro 2020, albeit his chances of making the rearranged tournament already seemed extremely remote.