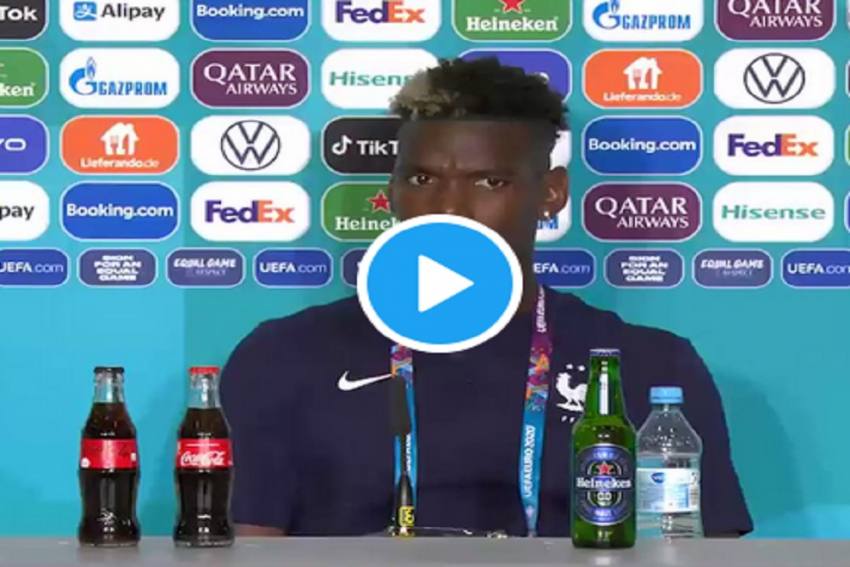 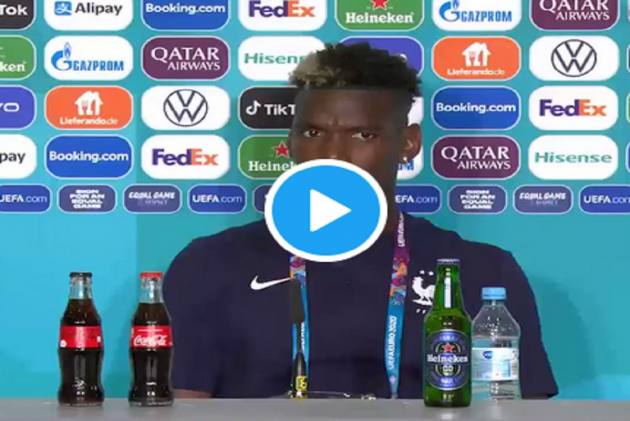 Pogba, a practicing muslim, removed the bottle of Heineken placed in front of him during his press interaction. Heineken is a major sponsor and a popular beer brand.

Although the bottle displayed at the press interaction was a non-alcoholic drink but Pogba removed it from the table as it clashed with his religious beliefs.

The incident happened post France's 1-0 win over Germany. Pogba was named man of the match.

Paul Pogba - a devout Muslim - removes a bottle of Heineken beer from the press table after France's win over Germany. #Euro2020 pic.twitter.com/amMXov8ivi

The incident comes days after Portuguese superstar Cristiano Ronaldo removed Coca-Cola bottles placed in front of him at a European Championships press conference.

The global beverage giant a staggering USD 4 billion in his market value after that.

In a video that has since gone viral, the 36-year-old Juventus striker picked up a bottle of water instead saying "Agua!" in Portuguese, seemingly urging people to choose water over aerated drinks. (with inputs from Agencies)