FC Goa's lead was short-lived as Persepolis FC fought back strongly to not just equalise but also win the high-octane contest 2-1. 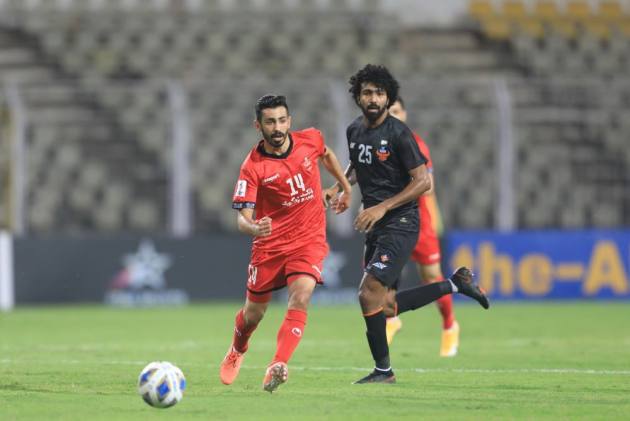 FC Goa put up a spirited fight before going down 1-2 to Group E leaders Persepolis FC, bringing to an end the Indian club's unbeaten run in the AFC Champions League in Margao on Tuesday. (More Football News)

Quite remarkable, FC Goa grabbed the lead when Edu Bedia headed in to the bottom right corner from the centre of the box in the 14th minute. Bedia was assisted by Brandon Fernandes following a set piece situation.

But the Indian club's joy was short-lived as Persepolis FC fought back strongly to not just equalise but also go ahead in the high-octane contest.

Soon enough, from a cross by Mahdi Torabi following a corner, Seyed Jalal Hosseini unleashed a header from close range to put the fancied visitors ahead in the 24th minute at the Jawaharlal Nehru Stadium.

The Goans were forced to make an early substitution as Amarjit Singh replaced Adil Khan in the 29th minute because of an injury.

Persepolis FC had a chance to extend their lead just before half time, but FC Goa goalkeeper Dheeraj Singh saved a right-footed spot kick by Hossein Kanaani after Iván González committed a foul in the danger zone.

Again before half time, Dheeraj made a brilliant save to deny the visitors.

FC Goa's effort to find an equaliser through the second half, which included a few substitutions, did not bear fruit as they settled for a defeat.

Even though the Iranian league champions dominated possession, FC Goa tried to put up a fight.

This was FC Goa's first defeat in the group stage as Persepolis claimed their third straight win.

FC Goa had their moments, tried their best but that was not enough to secure them a third straight stalemate in their maiden appearance in the continent's top-tier league.

FC Goa were placed in the third spot after Tuesday's result as Al Wahda's Fares Juma headed in with the final touch of their game to secure a dramatic 3-2 win over Qatar's Al Rayyan.