AB de Villiers retired from international cricket in May 2018. A former captain who plays T20 cricket around the world, De Villiers wanted to come out of retirement to play ICC Cricket World Cup 2019 but Cricket South Africa stuck to its selection principles 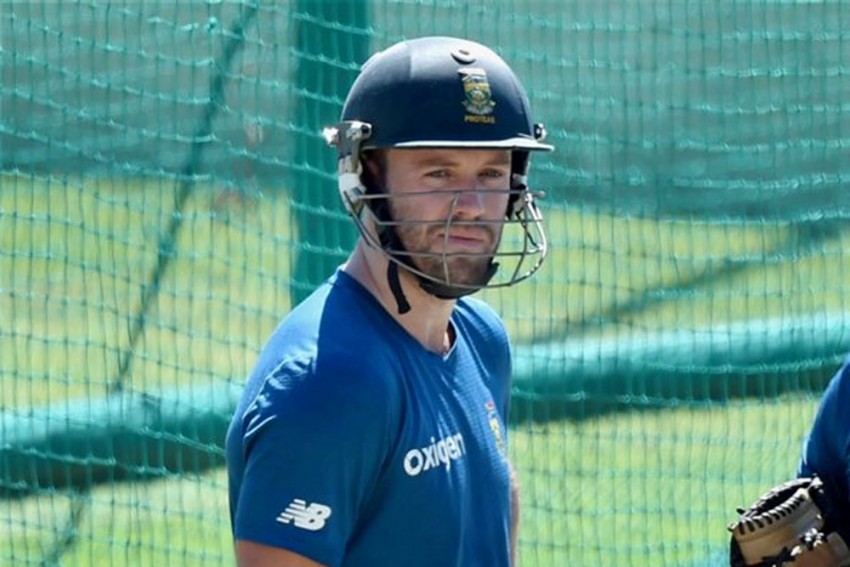 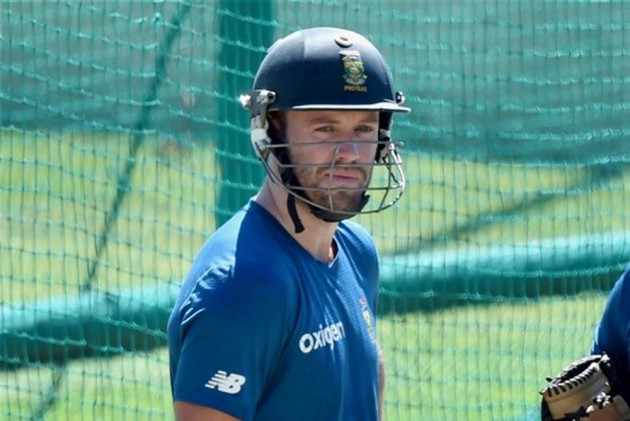 Hours after their heavy defeat to favourites India in the eighth match of the ongoing ICC Cricket World Cup 2019 on Wednesday, it was revealed that former captain AB de Villiers made a futile last-ditch effort to join the Proteas squad for the mega event.

De Villiers, regarded as one of the greatest batsmen, retired from international cricket in May 2018, exactly a year before the start of the 2019 edition of the World Cup. But the right-handed batsman continued to ply his trade in various franchise-based T20 leagues around the world, including the Indian Premier League.

According to a report in ESPNCricinfo, the 35-year-old offered to come out of the retirement to play in the World Cup. It claimed that de Villiers approached captain Faf du Plessis, head coach Ottis Gibson and convenor of selectors Linda Zondi, just 24 hours before the selectors announced their final squad.

But his offer was reportedly rejected by South African team management as it would have been unfair on the players who have been performing in his absence, and due to the fact that the batting great was not meeting selection criteria by not playing in domestic cricket or representing the national team.

“I (am) pleaded with AB de Villiers not to retire in 2018. Although there was a perception that he was picking and choosing when to play - which was not true- I did give him the option to plan and monitor his season to get him to the World Cup fresh and in a good space. We made it clear that he would have to play during the home tours against Sri Lanka and Pakistan to be considered for selection, instead he signed to play in the Pakistan and Bangladesh Premier Leagues respectively. He turned down the offer and said he was at peace with his decision to retire," said Zondi in a statement.

“For Faf du Plessis and Ottis Gibson to share AB's desire to be included in the squad on the day we announced our World Cup squad on April 18th was a shock to all of us. AB left a big vacuum when he retired, we had a year to find players at franchise level to fill the gap. We had players who put in the hard work, who put up their hands and deserved to be given the opportunity to go to the World Cup. The decision was based on principle; we had to be fair to the team, the selection panel, our franchise system and players," clarified the chief selector after De Villiers' story threatened to throw the current World Cup squad into further disarray.

After his retirement, de Villiers had said that he "was keen to play the World Cup."

"It was a very sensitive situation. For the last three years of my career I was labelled as a guy who is picking and choosing when I was playing and when not. I got quite a lot of criticism from back home, which also played a role in me retiring. And it was then difficult for me to go 'hey, but I'll still play the World Cup'. It's that picking and choosing thing again and it's quite arrogant to do something like that. But as they say, you can't have your bread buttered on both sides," said de Villiers.

Zondi said: "At no point in the year that he had retired did he make himself available for selection. It was no option when I received the news on the day of the squad announcement, our squad was finalised and confirmed. AB is undoubtedly one of the best players in the world, but above all else, we have to stay true to our morals and principles, there is no regret in the decision."

De Villiers played 114 Tests, 228 ODIs and 78 T20Is. He was in decent form playing for Royal Challengers Bangalore in IPL 2019. The 35-year-old is scheduled to turn out for Middlesex in this summer's T20 Blast, his first stint in English County cricket.

South Africa have started their World Cup campaign in the worst possible manner, losing their first three matches against England, Bangladesh and India.