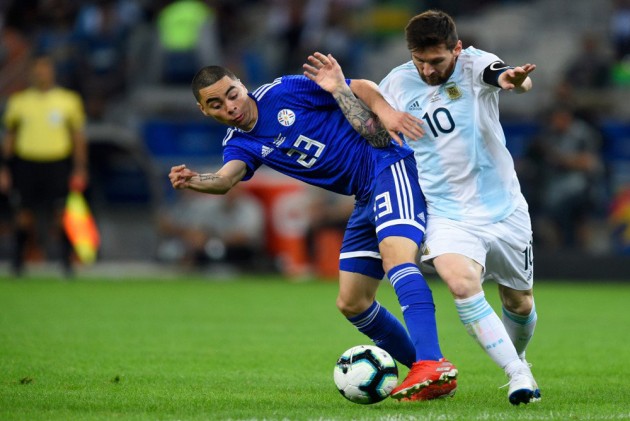 Newcastle United poked fun at Lionel Messi after Miguel Almiron helped Paraguay earn a 1-1 draw with Argentina at the Copa America on Wednesday.

Almiron set up Richard Sanchez's opener with a brilliant run, but Messi's second-half penalty saw the spoils shared in the Group B clash in Belo Horizonte.

Derlis Gonzalez had a chance from the penalty spot for Paraguay, but his effort was saved by Franco Armani in the 63rd minute.

Still, Newcastle took the chance to poke fun at Messi while hailing Almiron, who joined the Premier League club from Atlanta United in January.

"A football genius and Lionel Messi," they wrote alongside a photo of Almiron and the Argentina great.