Noting that nobody -- neither a child nor an elderly woman -- was safe, the Sena said the security of women and minors had become an issue of grave concern 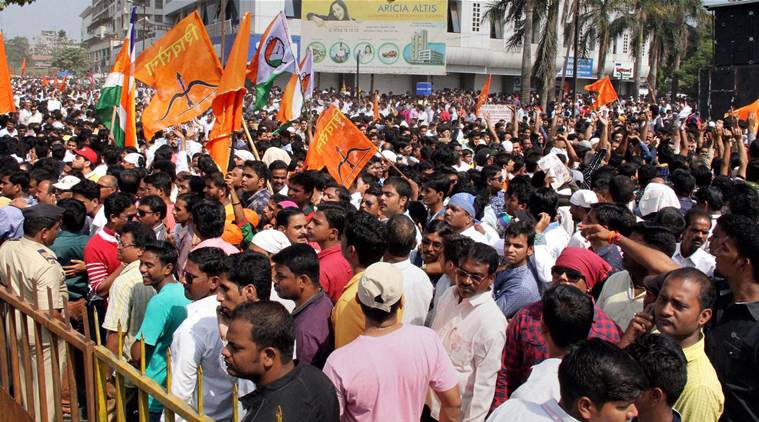 The Shiv Sena on Thursday called for awarding death to those convicted of raping girls aged 12 or below, on the lines of a similar proposal cleared by the Madhya Pradesh government.

Noting that nobody -- neither a child nor an elderly woman -- was safe, the Sena said the security of women and minors had become an issue of grave concern.

Strengthening the laws may not change the mentality of criminals or stop such crimes, but would send a stern message across, the ruling party ally said in an editorial in Sena mouthpiece 'Saamana'.

The remarks came a day after a sessions court in Ahmednagar district sentenced three men to death for the brutal rape and murder in 2016 of a 15-year-old girl in Maharashtra's Kopardi village. The incident had triggered protests across the state.

The MP government on November 26 cleared a proposal for a law on awarding the death sentence to those guilty of raping girls aged 12 or below in the state.

The Bill will now be presented before the MP Assembly in the ongoing winter session of the state's Legislature.

The Sena said in the last few years, cases of atrocities against women had increased across the country and female safety had become an issue of grave concern.

"On top of it, the perverse mentality of people has gone to such an extent that nobody, including infants and old women, is safe," the editorial said.

The Sena said after the 2012 gang rape case in Delhi, the laws for crime against women were made stringent and changes were made in the definition of rape and its punishment.

"The government of Madhya Pradesh has gone a step ahead. It has brought rape of females below the age of 12 years under the death penalty. This law mandates that those convicted of the crime will be hanged until death," it said.

After the Kopardi gang rape verdict, Maharashtra and other states should look at the decision taken by the MP government, the Sena said, adding that steps should be taken to make laws for the safety of women as stringent as possible.

Strengthening the laws may not change mentalities but would convey a stern message that such acts would have severe repercussions, the editorial said.

The death sentence awarded to the three men in Ahmednagar district should be seen a punishment for perverse and inhuman mentality, the Sena added.