Sunni Waqf Board Lawyers Question SC's Urgency In Hearing Babri Case, Say Should Be Taken Up Only After 2019 Elections

The Supreme Court on Tuesday posted the case for hearing on February 8, 2018. 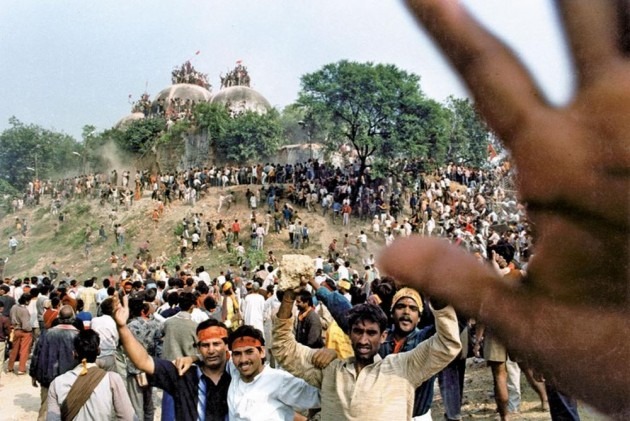 After senior advocates-- Kapil Sibal, Rajeev Dhawan and Dushyant Dave-- representing the Sunni Waqf board threatened to walk out after questioning  the apex court's urgency in hearing the case, the Supreme Court on Tuesday posted the case for hearing on February 8, 2018.

While requesting the SC to take up the matter on July 15, 2019, only after the general elections are done with, Sibal told the special bench that "Ayodhya is a serious matter and there are serious repercussions outside the court when the matter is heard."

The special bench of Justice Dipak Misra, Justice Ashok Bhushan and Justice S Abdul Nazeer agreed with him and said that it is not an ordinary suit. " But we need to start somewhere," they said.

Sibal, while reading out the detail of exhibits filed by the defendants at the Allahabad High Court, reiterated that pleadings in the case are not complete.

"All reports of the ASI have not been placed in court. A total number of 19,590 documents were to be filed," he informed the apex court.

Addition solicitor general Tushar Mehta, who is representing Uttar Pradesh in the case, rubutted all the allegations made by the Waqf lawyers, said all the related documents had been put on record along with translations.

The bench is to hear a total of 13 appeals filed against the 2010 judgement of the Allahabad High Court in four civil suits.

The high court had then ruled a three-way division of the disputed 2.77 acre area at Ayodhya among the parties -- the Sunni Waqf Board, the Nirmohi Akhara and the Lord Ram Lalla.

A sect of Muslims, under the banner of Shia Central Waqf Board of Uttar Pradesh, had earlier approached the court offering a solution that a mosque could be built in a Muslim- dominated area at a "reasonable distance" from the disputed site in Ayodhya.

However, its intervention was opposed by the All India Sunni Waqf Board which had claimed that judicial adjudication between the two sects had already been done in 1946 by declaring the mosque, which was demolished on December 6, 1992, as one which belongs to the Sunnis.