Sherin Was A Victim Of 'Homicidal Violence', Says The Autopsy Report 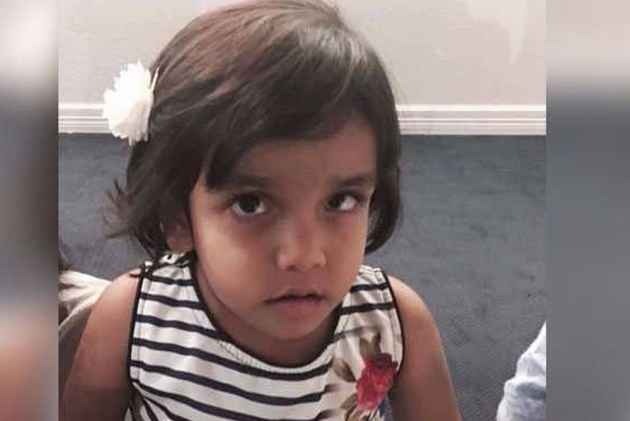 The much-awaited autopsy report in the death of 3-year-old Sherin Mathews says she died of "homicidal violence," US media reported today, nearly three months after the adopted Indian girl was found dead in a culvert in suburban Dallas.

Sherin went missing from her home in Richardson on October 7 and her body was found on October 22 in a culvert in suburban Dallas by a cadaver dog after an intense search. The toddler's body was identified days later using her dental records.

Sherin died of "homicidal violence", a law enforcement official in Dallas, Texas, confirmed to WFAA TV station, indicating the manner of death for the girl.

A cause of death could not be determined due to extensive decomposition, the official said.

Steven Kurtz with the Dallas County medical examiner's office said that Sherin was a victim of homicide, the Associated Press reported.

An earlier report had said that the autopsy report of Sherin has been handed over to the attorneys for the adoptive Indian-American parents of Sherin - Wesley Mathews and Sini Mathews.

During a child custody hearing in late November, a doctor testified before a court that Sherin, who was adopted from India, had broken bones and had injuries in various stages of healing, indicating abuse.

Initially, Sherin's foster father Wesley told police that he put her outside their home at 3 a.M. To discipline her for not drinking her milk.

His story changed after her body was found in a culvert, telling police that he "physically assisted" with pouring the milk down Sherin's throat and then moved her body after he realised she had choked and died.

Wesley also admitted to police that he removed Sherin's body from the home after changing his story multiple times on the events leading up to her death. Wesley and his wife Sini also left Sherin home alone the night before her disappearance, according to an arrest warrant affidavit.

The attorney representing Sini Mathews said the report, received on Tuesday evening from the Dallas County District Attorney's Office, does not implicate her in Sherin's death.

"There is nothing in the autopsy results that indicate Sini Mathews had anything to do with the death of Sherin Mathews," Mitch Nolte told WFAA in a statement.

The news about the autopsy report on Sherin has reportedly been sent to Wesley and Sini as they are expected to appear in court later today for a Child Protective Services (CPS) custody hearing for their 4-year-old biological daughter. She was removed from the home by CPS officials after Sherin went missing.

The couple can either forfeit their parental rights during today's hearing, or the court could decide a date for a civil trial to possibly terminate their rights, the report said.

Today's hearing would mark the third CPS hearing for the Indian-American adoptive parents of Sherin.

Last month, the couple, hailing from Kerala, temporarily lost their rights to see their biological child, who has been placed with a family member in the Houston area.

During the hearing, both Wesley and Sini pleaded the fifth amendment in court in response to pointed questions about their alleged involvement in Sherin's death to avoid self-incrimination.

Wesley is still being held on a USD 1 million bond. Sini had her bond reduced from USD 250,000 to USD 100,000 in December. If she is indeed released, she will be required to wear an electronic ankle monitor, as she is said to be a 'flight risk' who could try to flee to India.

Richardson Police have scheduled a press conference later today to release more details of the case.

Meanwhile, a community group in Richardson has thanked the Richardson Police Department for its ongoing investigation into Sherin's death.

A group made up of Richardson residents presented police with a plaque yesterday, thanking them for their response and hard work in the complex and high-profile case that had attracted international media attention.

Bill Allen, who lived near where Sherin's body was found, presented the special plaque to the police department. With his neighbours, they formed an informal group to express gratitude for all the investigators. They also dedicated a bench in Sherin's memory this past weekend, FOX4News.Com reported.

"To have the community come together and come to us and acknowledge the good work that the men and women of this police department have done means so, so much to us," said Richardson Police Department Chief Jimmy Spivey.