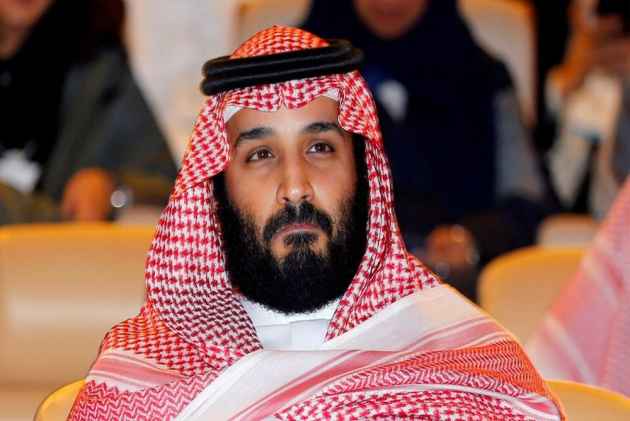 Saudi Arabia's Crown Prince, Mohammed bin Salman deplored the murder of journalist Jamal Khashoggi and vowed justice will prevail, in his first public comments on the case, without addressing US accusations of a monumental cover-up.

Speaking at an investment conference in Riyadh, due to end on Thursday, the Crown Prince pledged there would be "no rupture" in ties with Ankara, after the killing in the Saudi consulate in Istanbul triggered a diplomatic crisis.

"The incident was very painful for all Saudis, it's a repulsive incident and no one can justify it," he said in Arabic, during an address to the Future Investment Initiative forum on Wednesday.

"Those responsible will be held accountable... in the end justice will prevail."

Three weeks since Khashoggi, a Saudi citizen living in self-imposed exile, disappeared after walking into the consulate to obtain marriage documents, the crisis shows no sign of abating.

Washington, a long-time ally of Riyadh, moved late on Tuesday to revoke the visas of several Saudis. Britain followed suit on Wednesday as France said it was ready to back international sanctions against those responsible.

Saudi leaders have denied involvement in Khashoggi's murder, pushing responsibility down the chain of command.

But Ankara has been holding its own investigation and Turkish President Recep Tayyip Erdogan said the killing was meticulously planned, calling for 18 Saudis detained by Saudi authorities to be tried in Turkey.

Erdogan on Wednesday spoke with Prince Mohammed in their first telephone conversation since the killing, a Turkish presidential source and Saudi state media said.

The two discussed "the issue of joint efforts and the steps that needs to be taken in order to shed light on the Jamal Khashoggi murder in all its aspects," the source added.

Speaking at the investment forum, Prince Mohammed said: "Many are trying to exploit the Khashoggi affair to drive a wedge between Saudi Arabia and Turkey."

But, he said, "they will not succeed as long as there is a king named Salman and a crown prince named Mohammed bin Salman."

But his image has been tarnished by Khashoggi's murder, despite repeated denials that he was involved.

The investment conference, nicknamed "Davos in the desert" and aimed at drumming up funds to help Riyadh diversify its oil-reliant economy, has been overshadowed by the outcry over Khashoggi's murder and a string of global business leaders withdrew from the three-day event.

While addressing the forum on Wednesday, the crown prince also adopted a light tone and joked about allegations that Lebanon's premier-designate Hariri was detained in the kingdom last year, saying he hoped his current visit does not spark "abduction" rumours.

Riyadh's changing narrative over what happened inside the consulate on October 2 has met with deep scepticism abroad.

US President Donald Trump described the killing as "one of the worst in the history of cover-ups," and appeared to finger Prince Mohammed in telling the Wall Street Journal: "Well, the prince is running things over there... so if anybody were going to be, it would be him."

Faced with calls from US lawmakers across the political spectrum for tough measures, the State Department said it had identified 21 Saudis either whose visas would be revoked or who would be ineligible for future visas.

"We are making it very clear that the United States does not tolerate this kind of action to silence Mr Khashoggi, a journalist, through violence," US Secretary of State Mike Pompeo said.

British Prime Minister Teresa May said that Britain was "taking action against all suspects to prevent them entering the UK".

France added that it would take "punitive measures" if Saudi Arabia was "proven" to be behind the murder.

Turkish pro-government media reported on Wednesday that Turkish intelligence had shared "all the evidence" from its probe with the CIA.

This included video and audio recordings from the consulate and the consul's residence, and was shared with visiting CIA chief Gina Haspel, the Sabah newspaper reported.

Turkish state media reported Wednesday that Saudi authorities had denied permission for Turkish police to search a well in the consulate's garden.

Erdogan vowed Turkey would not allow the culprits to get away with "savage murder".

"It is not over yet," he said. "We are unravelling, dismantling (the case) and the world is closely following."