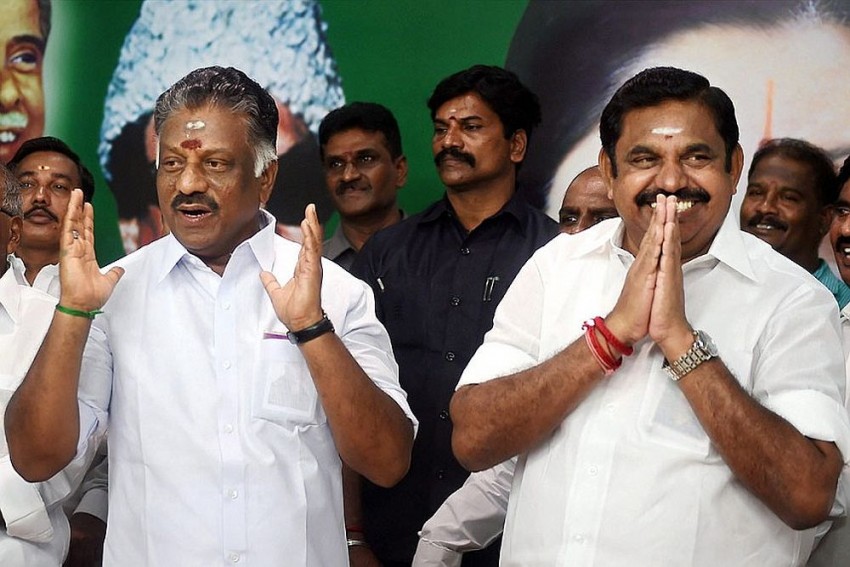 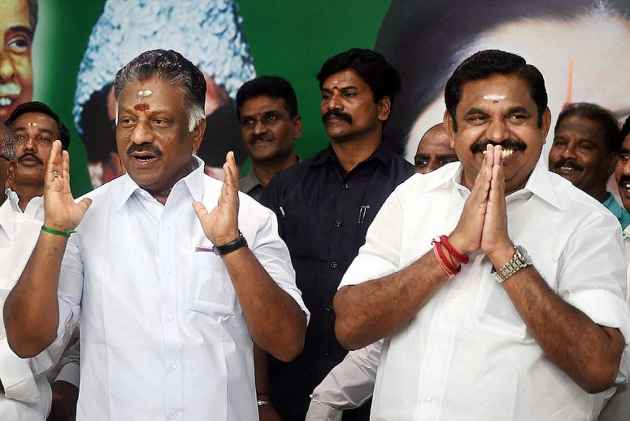 Will Tamil Nadu Governor Vidyasagar Rao ask Edappadi K. Palaniswami to prove his government’s majority through a floor test at the earliest by convening the state Assembly?

That is the question that has gained prominence after 19 MLAs of the TTV Dhinakaran faction met the Governor and gave individual letters withdrawing their support to EPS and asked Rao to take the due constitutional process.

In the 234 member house, the AIADMK has 135 MLAs including the Speaker out of the house’s effective strength of 233 (Jayalalithaa’s R.K. Nagar seat remains vacant). With the withdrawal of support by 19 MLAs the number comes down to 116 - one below the majority mark of 117. If one adds the three non-AIADMK MLAs who contested on the Two Leaves symbol and have also withdrawn their support to EPS then the number of dissidents swell to 22. In effect the EPS government has been reduced to a minority. Amid the uncertainty of when the governor will call for a floor test, opposition leader M.K Stalin has written to the governor seeking an immediate floor test to prove majority of the Palaniswami government in the legislative assembly. The Assembly which last met in July needs to reconvene only by December as it is mandated to meet once in six months. Though EPS might argue that he would prove his majority when the house meets next as per its original schedule, the Governor can always direct the Assembly to meet at the earliest and ask the Chief Minister to prove his majority. DMK leader M.K. Stalintoday demanded that the Governor immediately call for a floor test since the present government has been reduced to a minority. “At the time of the confidence vote the DMK will take the appropriate decision,” he observed.

“When the BJP withdrew support to the V.P. Singh government in 1990 parliament was not in session. But the then President R. Venkataraman directed the government to prove its majority by convening the Lok Sabha at the earliest. So the Governor has the powers to convene the Assembly to test a government’s majority,” pointed out a former Advocate General.

But Rao has not gone strictly by the book in the past. He had consciously delayed inviting Sasikala to be sworn in as Chief Minister and dragged his feet till the Supreme Court upheld her conviction and sent her to jail. Following this when EPS staked his claim in Feb the Governor took five days to invite him, as he gave a long rope to OPS to garner a few more MLAs.

“Since the present government has the blessings of the Centre, especially after the patch up between EPS and OPS, it is unlikely if the Governor would do anything to disturb the status quo. The longer the EPS dispensation survives, in the absence of a confidence vote, more number of MLAs are likely to desert Dhinakaran thus shoring up the numbers in favour of EPS,” observed political commentator Ravindran Duraisamy.

The aim of the Dhinakaran group is to topple the government before the general council is convened (to unseat Sasikala as general secretary) and the two factions petition the Election Commission to retrieve the Two Leaves symbol. “We will defy the whip to vote against the government and if the Speaker disqualifies us we will approach the courts,” said a senior MLA of the Dhinkaran group. “We will not allow the present government to function at any cost as more MLAs will come to our side,” he asserted.

AIMPLB Supports Judgement, Demands Security For Muslim Women Until Law Is Made