Hima used to play football in local clubs in Dhing in Nagaon district with boys till 2016 before she was spotted by a local coach Samsul Haque, who asked her to shift to athletics. 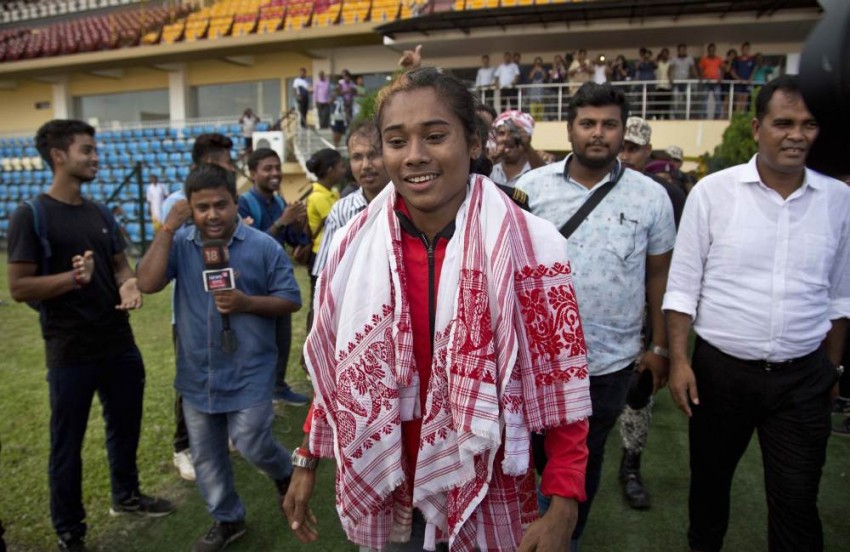 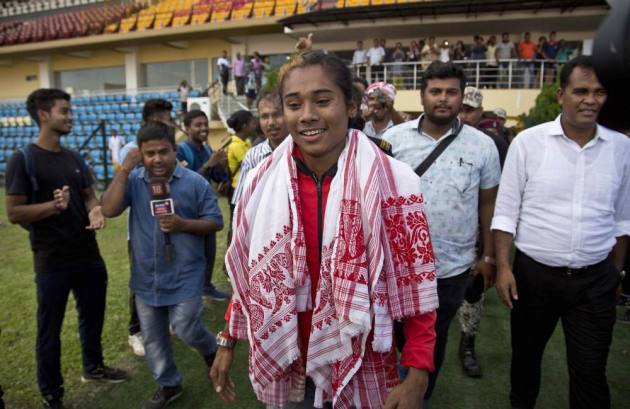 After a grand welcome at her home in Assam following her return from Jakarta- Palembang Asian Games, Hima said it’s cricketing icon Sachin and Argentine football star Messi from whom she derives inspiration.

“Besides my father, who used to be a footballer in the local level, it’s Sachin though I have never played cricket and Messi. So I started playing football as a kid,” Hima told reporters in Guwahati.

Hima, 18, was one of the stars at the recently concluded 18th Asiad in Indonesia. She won three medals including one gold medal in Women's 4×400m, and silvers in Women’s 400m and Mixed 4×400m events.

Hima used to play football in local clubs in Dhing in Nagaon district with boys till 2016 before she was spotted by a local coach Samsul Haque, who asked her to shift to athletics.

This was the turning point of her career. Her father Ranjit Das said that he understands the value of sports, so he always supported her daughter. The senior Das himself represented local clubs.

“I understand the importance of the sports so I tried my best to support her. I never said no to her,” the proud father told Outlook recently.

Hima has been improving her timing in every championship she’s participating. In the 2018 Asian Games, she clocked her personal best in the 400m to set up a new national record with the timing of 50.79 seconds.

On her next major challenge, the teenager said that improving her timing has always been and it will remain so.

“As I have told you, I run after the time not for the medals. Improving the timing is the biggest challenge at the moment and it will be so always. There are 51 runners at the moment in the world who run faster than me. So I will have to work harder to better my timing and bring some results in the Olympics and other championships,” said Hima, who has also been made Assam’s sports brand ambassador by Chief Minister Sarbananda Sonowal.

In July this year, Hima scripted history by becoming the first ever Indian track athlete to win a gold medal in a world meet, at the 2018 IAAF World Youth Championships in Finland. She clocked 51.46 seconds to win the gold medal in the Women’s 400m event.

She hails from a farmer’s family in a village called Kandhulimari in Dhing in Nagaon district of Assam.