This seasonal migration was one of the reasons for the lower polling percentage in the Lok Sabha and assembly elections in Lahaul-Spiti and Pangi areas than in the rest of the state. 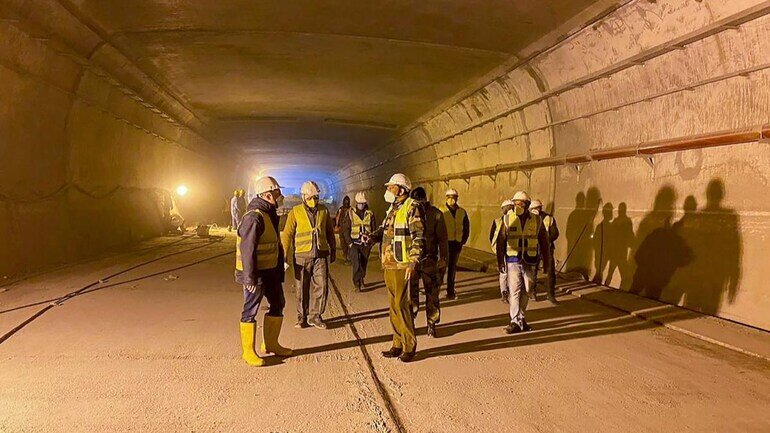 Can the world’s longest highway tunnel—the 9.02-km-long Atal Rohtang Tunnel—boost the polling percentage in Himachal Pradesh’s high-altitude tribal belt of Lahaul-Spiti, and the cold deserts of Kaza and Tabo, in the October 30 bypolls for the Mandi parliamentary seat? The Election Commission (EC) seems to think it can.

For the first time in Himachal Pradesh, the EC has decided to rope in the state tourism department to ensure that more people go out to vote.  And the Atal Rohtang Tunnel, which has brought all-weather connectivity to residents of Lahaul-Spiti since October 2020, is likely to play the role of a catalyst in the EC’s drive.

“People of Lahaul-Spiti used to move down to Kullu to escape the harsh winters and snowfall when all the connectivity they had was through the Rohtang Pass,” says chief electoral officer C. Paulrasu. “They had genuine fears about life being arduous during the six to seven months of winter or once the Rohtang Pass was closed. The tunnel has brought about a big change and opened new opportunities, including easy mobility.”

This seasonal migration was one of the reasons for the lower polling percentage in the Lok Sabha and assembly elections in Lahaul-Spiti and Pangi areas than in the rest of the state. “We have asked the state tourism department to hard-sell the potential of the tunnel, not just for tourists, but also to motivate the locals to visit their homes in Lahaul-Spiti during winter to participate in the polling,” says Paulrasu.

“Our Systematic Voters’ Education and Enrolment Participation (SVEEP) programme has a three-pronged action plan to ensure higher participation of voters in the October 30 bypolls and even later,” says Neeraj Sharma, officer on special duty to the chief electoral officer. “One part of the action is already done—setting up booth information centres. Booth-level officers have been given specific tasks to undertake situation analysis, and then increase enrolment and create mass awareness.”

In the past 10 state assembly elections, Himachal Pradesh has witnessed a significant increase in voter participation from 58.57 per cent in 1977 to 75.57 per cent in 2017. In Lok Sabha polls, too, there has been a notable rise from 58.43 per cent in 2009 to 72.42 per cent in 2019. However, there is still a big gap between voting percentages in the tribal areas and the overall figures for the state. “Our effort now is to bridge this gap through different interventions. The Rohtang Tunnel is an engineering marvel to test the outcome of new interventions,” says Paulrasu.

Located at an altitude of 10,000 feet, the Rohtang Tunnel has reduced the travelling time to Manali considerably. “We never thought we would drive down to Manali, do our work, purchase essential items and food stuff, and return home by evening,” says Keshang, a research scholar from Lahaul-Spiti. “Now families with a second home in Kullu are planning to return to the Lahaul valley.”

Meanwhile, the EC has set up a polling booth at Tashigang village at an altitude of 15,226 feet.