Report Of CB-CID In Hashimpura Massacre Case Will Be Made Public: Delhi Court

The court declined Subramanian Swamy's plea for further probe by an SIT into the Hashimpura massacre. 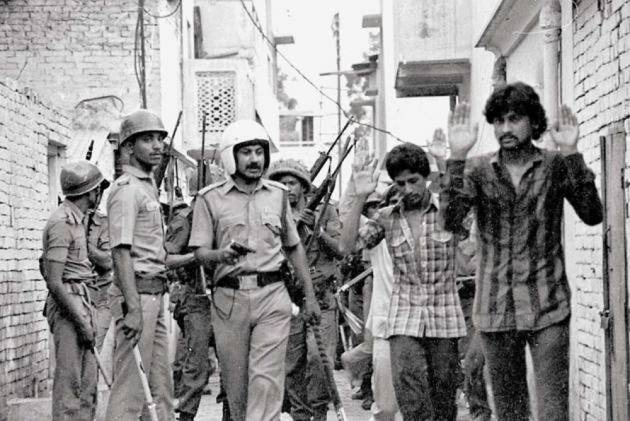 The Delhi High Court on Wednesday allowed BJP leader Subramanian Swamy's plea to make public the report of CB-CID, Uttar Prdaesh police, in the 1987 massacre of Muslims at Hashimpura locality in Meerut, in which it sentenced 16 former police personnel to life imprisonment.

A bench of Justices S Muralidhar and Vinod Goel, however, declined Swamy's plea for further probe by an SIT into the massacre.

The high court in its judgment noted that in the over three decades since the massacre, no significant developments are stated to have taken place, or on other leads have been unearthed that warrant the direction for further SIT probe.

The plea for further SIT probe was sought by Swamy in his appeal challenging the acquittal of the 16 former PAC personnel by the trial court.

Events leading up to the massacre

Vishwa Hindu Parishad’s call in 1984 to ‘liberate’ Ram Janmabhoomi, a district court’s order in 1986 to allow Hindus to worship at the Babri Masjid in Ayodhya and massive public meetings in 1987 by both Hindus and Muslims demanding control over the mosque form the backdrop to communal violence in Meerut in 1987.

It starts on April 14, when a ‘drunken daroga’ after being hit by a firecracker opens fire and kills two persons of the minority community. On the same day, at Hashimpura crossing, two groups clash over loudspeakers amplifying Hindi film songs during a religious sermon, leaving 12 people dead. A month later, bombs explode on Hapur Road, a confectionery is
looted and the owner killed. A day later, Dr Prabhat is dragged out of his car and killed. Finally, on 19th, curfew is clamped following shooting in Subhash Nagar in which three Hindus standing on the roof get shot.

May 22, 1987 Following a house to house search, 48 men were picked up from Hashimpura (Meerut) during a curfew, driven to Muradnagar in Ghaziabad 34 km away, shot and bodies dumped in a canal. Half-a-dozen survived to tell the tale.

1996 Chargesheet filed against 19 of the 66 policemen deployed

2000 The accused finally surrendered in court

2005 It took three years to appoint a public prosecutor

2006 Charges framed against the 19 accused who plead not guilty

The ‘Secret’ Report That Disappeared

An incriminating note of the Crime Branch of the Criminal Investigation Department, UP, in 1989 indicted the “disorderly, non-professional and ad-hoc” arrests and subsequent action at Hashimpura, “lacking in checks, supervision and monitoring”. It also names the army officials involved in the operation. The note, of course, never made it to the court.