During his tenure as Jamia VC, several scholars from across the world, who visited Delhi, loved to have a stop at Jamia and often agreed to hold a talk only if Professor Hasan would chair it. 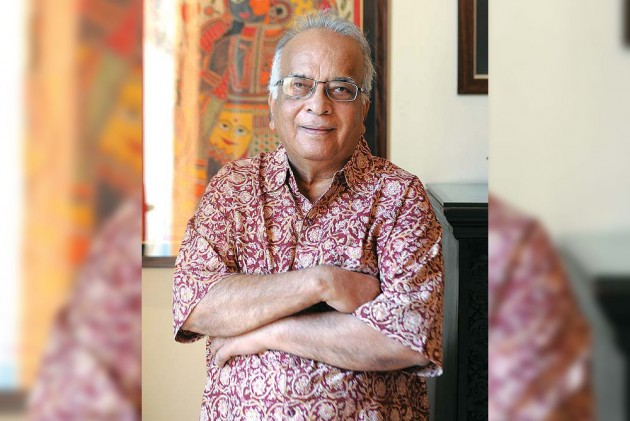 Professor Mushirul Hasan, without doubt, is the most distinguished historian of  Modern India. Given the vast breadth of his work, it will be appropriate to call him a historian of historians. His works on Modern India stood out compared to other historians because of his extensive access to Urdu sources. On Monday, after a prolonged illness, he died at a hospital in Delhi.

Professor Hasan met with a road accident on his way to Mewat in November 2014, and was under care at his home. He studied at Aligarh Muslim University (AMU) and was a prominent student activist during his college years. He earned his doctorate at the University of Cambridge, UK. After teaching at Delhi University’s Ramjas College for some time, he joined the Department of History and Culture at Jamia Millia Islamia as one of its youngest professors and rose to become its Vice-Chancellor, a position he served from 2004 -2009.

He also served in many prominent departments in several countries as a visiting scholar during his long and distinguished career as a historian. Towards the end of his tenure as the Vice-Chancellor, there were reports that he was being considered as a candidate for the post of India’s Vice President. Subsequently, he also served as the Director of National Archive, New Delhi. He was elected as the President of Indian History Congress in 2002. His father, Mohibbul Hasan, was also a historian at Jamia and the current Department of History is in the building named after his father. His brother was a journalist who died in an accident while covering a war. Professor Hasan dedicated one of his books to his brother.

Subsequently, he joined Nehru Memorial as a fellow and during this time he wrote one of his most prominent books titled, Legacy of a Divided Nation: Indian Muslims Since Independence. His other works include India’s Partition: Process, Strategy and Mobilization; Nationalist Conscience: M A Ansari, The Congress and Raj; Islam in the Subcontinent: Muslims in a Plural Society; From Pluralism to Separatism : Qasbas in Colonial Awadh; A Moral Reckoning: Muslim Intellectuals in 19th Century Delhi; The Nehrus: The Personal Histories; Moderate or Militants: Images of Indian Muslims ; Faith and Freedom: Gandhi in History and many others.

Hasan’s other works such as Wit and Wisdom: Pickings from Parsee Punch show how he applied innovative ways to look at Indian history. He also co-authored a book titled Partners in Freedom: Jamia Millia Islamia with Rakshanda Jalil. This sample should give one an evidence of a vast range of scholarship on Indian history he researched and wrote, and some of his works have a direct bearing on contemporary political developments. He often invited emerging scholars and mentored them by giving them space in his edited volumes. Unlike other Left-leaning historians, he created a platform for healthy intellectual debate and invited scholars from non- Left traditions as well. For instance, Pratap Mehta is a contributor to one of his volumes.

As a Vice Chancellor of Jamia Millia Islamia, he transformed the University in a significant way by opening new centres of research and teaching. Perhaps, no other University in modern India has expanded as rapidly as Jamia did during Hasan’s tenure as the Vice Chancellor. He outsmarted the UGC by opening new centres because he realised a dramatic expansion cannot take place by following conventional UGC rules. He established India’s first teaching and research Centre on North- Eastern Studies and invited Sanjoy Hazarika to head it. He also set up separate centres on Indo- Arab Culture, West Asia etc. Likewise, he promoted Nelson Mandela Centre that was headed by Radha Kumar. What helped him perhaps is his close friendship with then HRD minister late Arjun Singh.

One of Professor Hasan’s unfulfilled dreams was to set up a partition museum in the Jamia premises, for which he even held an inaugural event towards the end of his tenure. In addition, he set up an art gallery and named it after MF Hussain. He also named a building called Chomsky Building, named after noted American dissenting intellectual and also a café called Castro Café for students. He changed the DNA of Jamia and the University became a hub for scholars of various disciplines. During his tenure, several scholars from across the world, who visited Delhi, loved to have a stop at Jamia and often agreed to hold a talk only if Professor Hasan would chair it. I remember such a request was made to me by noted French scholar Christophe Jaffrelot.

At a time when Ayodhya controversy is raging again, it is worth remembering that Hasan wrote a very influential essay on this question in a volume by Sarvepelli Gopal titled Anatomy of A Confrontation: Ayodhya and the Rise of Communal Politics in India. Similarly, it would be worth recalling his work titled 'Will Secular India Survive?' at a time when secularism is seen to be the most discredited and unwarranted ideology.

Hasan was a warm, friendly person with a great sense of humour. While working hard to transform Jamia, he also published four books. During the Batla House encounter, he argued forcefully to not malign the University and took a stand to provide legal support to the accused students.  With his passing away, almost an era is over.