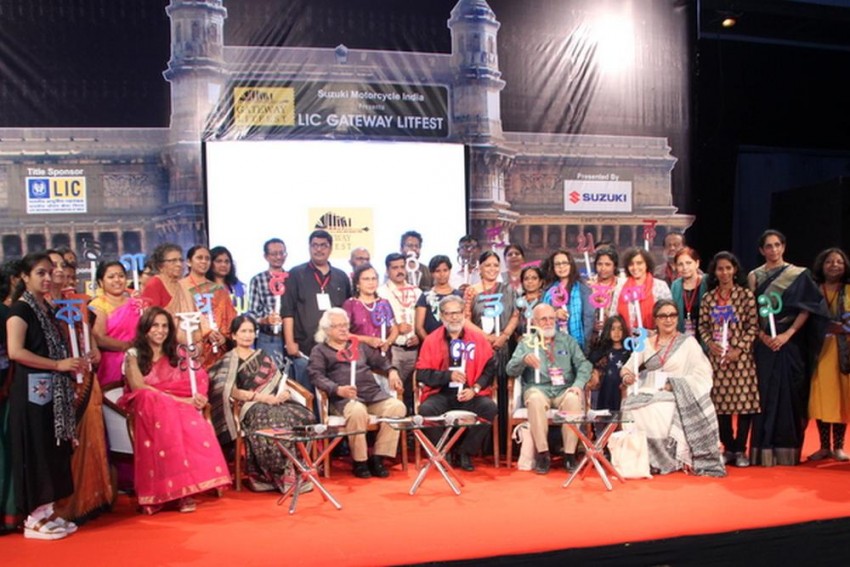 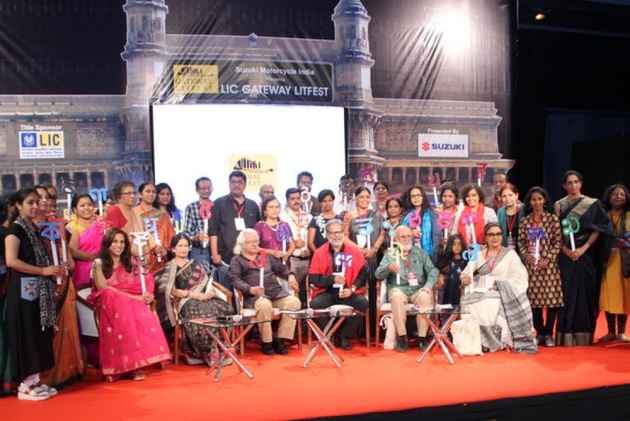 When J. Jayabharathi said writing in English cannot effectively represent the ethos of local aspirations and struggles in India, not many in the gathering took it as parochialism from the young Tamil poet also known as Manushi. For, only on the previous day of the literary festival had actress Nandita Das term the word “regional” as derogatory when it comes to the country’s cinema. That, an hour after Jnanpith-winning Oriya writer Pratibha Ray stressed the need for “universalising” literature through translations and breaking it from the shackles of gender bias. Then, as if stringing together the whole set of the above points, Jharkhand-based poet Jacinta Kerketta said literature itself is the base for not just her writings but anyone from marginalised sections of society to express oneself. All this, at a recent three-day event in Mumbai that turned out to be the biggest gathering of contemporary women writers with the participation of 50 authors from 20 languages. The fourth edition of the LIC Gateway Litfest drilled deep into the advances women have made in the country’s diverse literary streams, though certain speakers did regret a medieval and patriarchal mindset that continues to prevent women writers from realising their true potential. Ray, who has authored 18 novels besides several short stores, took forward the point of women’s struggles against age biases, but said the writers are coming of age in the country. “When literature is gendered, it becomes endangered,” she added at the inaugural of the February 22-24 festival organised jointly by Mumbai-based Malayalam publication Kaakka and communication consultancy Passion4communication. Manushi brought in gender issues she noticed had long been prevalent in Indian literature. “We need to ask ourselves whether women are part of contemporary literary movements,” said the 2017 Yuva Puraskar awardee of the Sahitya Akademi at the second session where she shared the dais with same-generation writers such as winners Nikhat Sahiba (Kashmiri), Rekha Sachdev Pohani (Sindhi) and Merci Margaret (Telugu). Margaret threw in a dose of optimism by saying that a social-media platform like Facebook has of late been giving access to suppressed voices and bridging gaps across cultural divides. To which Pohani noted the internet provides a pathway for new-age literature, giving vent to creative expression. Supplementing the idea, Malayalam litterateur Indu Menon said modern literature, especially writings of women writers, is coming of age and challenging established social paradigms and cultural notions.

A day before, at the opening session, renowned filmmaker Adoor Gopalakrishnan noted a happy Indian piquancy, where society continues to be patriarchal even as women are rapidly advancing in all spheres of life. “Access to education, social reforms, advances in communication are broadly influencing the behavioural change in the lives of women. The achievements of women need to be honoured and celebrated,” he noted, sharing the dais with writers Shobhaa De, Pratibha Ray, Subodh Sarkar, actress Aparna Sen and producer Neena Kulkarni.

Mumbai-based De said the aim of a writer today should not be to fit oneself into prevalent systems, “but subvert and challenge them”. She took offense to the term “women writer”, saying that amounted to ghettoising writers. From the eastern corner of the country, Meghalaya’s Patricia Mukhim said women power, unlike that of her male counterpart’s, comes through subtly. It’s all about sharing and caring, she added.

Sen’s particular objection was to the term “fair sex”, which she said, “commodifies” the woman when Indian films have celebrated the strength and resilience of women. In a virtual introduction to what the meet was to hear soon from fellow professional Nandita, Sen snubbed identifying Indian cinema with just mainstream Hindi movies. Taking cue from it, Malayalam film-editor Beena Paul lamented commercial cinema positioning women as “mere glamour dolls” and denying them wages on par with the men.

While Nandita lauded regional filmmakers for following their convictions, making their characters layered and drawing inspiration from the richness of Indian literature, Kulkarni had a focal complaint: television is not offering strong protagonist roles to women in serials.

Day-3 of the fest also stressed the importance of mother tongue as a tool for broader audience access, with impetus on translations as avenues for bridging culture gaps. Senior journalists, books-editors and publishers also took stock of technology, techniques and trends in translations.

A play performance, book exhibition, poetry readings and interactive sessions dwelling on the varied facets of the manner in which women are influencing contemporary literature trends also formed the highlight of the litfest. Festival director Mohan Kakkanadan said the meet typically sought to cut across languages in Indian literature, while executive director Joseph Alexander pointed out that the basic attempt was to bring to the national focus the brilliance of writers largely confined to the country’s territories.