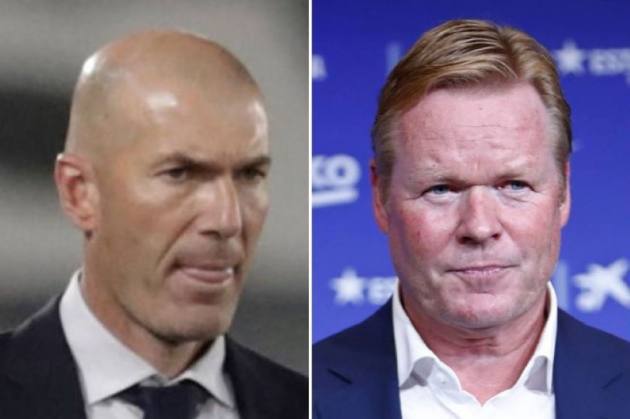 Barcelona aims to keep up its winning run away from home and deal a potentially decisive blow to Real Madrid’s league title defense when the fierce rivals meet.

Barcelona is coming into this match having won nine straight league games away from home, while Madrid is flying high after beating Liverpool in the Champions League.

Lionel Messi will aim to break his run of six clásicos without a goal. He holds the rivalry’s record of 26 career goals against Madrid. Lionel Messi will be playing his 45th - and possibly final - “clásico” match against Real Madrid.

The Barcelona star forward’s contract expires this summer and he has been linked to a move away from the Spanish giants.  Madrid will be without starting center backs Sergio Ramos and Raphael Varane.

All About Real Madrid Vs Barcelona match

Head-to-Head: This will be 181 La Liga match between the two sides. Real Madrid have a slender lead of 74 victories out of previous 181 matches. Barcelona have won 72. As many as 35 matches have ended in draw.

Telecast and Live Streaming
The La Liga 2020-21 season matches, including El Clasico Real Madrid vs Barcelona, will be available on Facebook. The streaming is live and free in India on the official La Liga Facebook page. Matches will not be telecast live on TV channels in India.