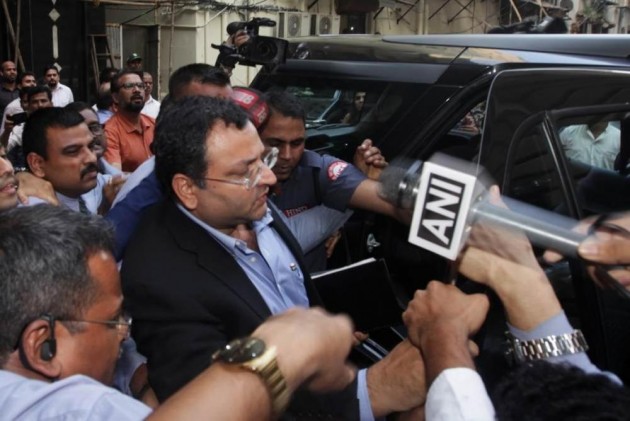 Former Chairman Cyrus Mistry's letter was leaked to the media which elaborates on the many concerns that the outgoing Tata Sons' supremo had with the group. The Tata Group has responded with a letter of their own, the contents of which are as follows:

"It is a matter of deep regret that a communication marked confidential to Tata Sons board members has been made public in an unseemly and undignified manner. The correspondence makes unsubstantiated claims and malicious allegations, casting aspersions on the Tata group, the Tata Sons board and several Tata companies and some respected individuals. These will be responded to in an appropriate manner.

Mr. Cyrus Mistry, the former Chairman of Tata Sons, has been on the Board of the Company since 2006. He was appointed Deputy Chairman in November, 2011, and formally appointed Chairman of Tata Sons on December 28, 2012. He would be fully familiar with the culture, ethos, governance structure, financial and operational imperatives of the Tata Group as well as various group companies. As the Executive Chairman, he was fully empowered to lead the group and its companies. It is unfortunate that it is only on his removal that allegations and misrepresentation of facts are being made about business decisions that the former Chairman was party to for over a decade in different capacities. The record, as and when made public, will prove things to the contrary.

Efforts are now being made to level accusations against individuals and company boards for ignoring corporate governance norms that were supposedly upheld by the former Chairman while in office. The Tata Sons board gives its Chairman complete autonomy to manage opportunities and challenges. However, the tenure of the former Chairman was marked by repeated departures from the culture and ethos of the group.

The Board of Directors of Tata Sons is composed of several eminent personalities from all walks of life. This is not a group of people who one would expect to act without exercising proper judgement in the best interests of the entities they sit on the boards of. It is unfortunate that Mr. Mistry had overwhelmingly lost the confidence of the Members of the Board of Directors for a combination of several factors. The Directors of the Tata Sons board had repeatedly raised queries and concerns on certain business issues, and Trustees of the Tata Trusts were increasingly getting concerned with the growing trust deficit with Mr. Mistry, but these were not being addressed. The Tata Sons board, in its collective wisdom, took the decision to replace its Chairman in the manner undertaken.

The strength of the Group is not just confined to its value system and ethics in the Board room but to a very large extent by the adherence to the values by its 600,000 plus employees whose spirit and cooperation has built the Group to where it is today.  It is unforgivable that Mr. Mistry has attempted to besmirch the image of the Group in the eyes of the employees.

It will be beneath the dignity of Tata Sons to engage in a public spat with regard to the several unfounded allegations appearing in his leaked confidential statement. These allegations are not based on facts or the true state of affairs. It is convenient to put selective information in the public domain to defend one's point of view. There is a multitude of records to show that the allegations made by Mr. Cyrus Mistry are unwarranted and these records will be duly disclosed before appropriate forums, if and when necessary, sufficiently justifying the decision made by responsible Boards of Directors, of Tata Sons and its Group companies.

The Interim Chairman in his first interaction with senior leaders has stressed to them the need to continue on focusing on building great businesses while emphasising on delivering strong shareholder returns.  Board members of Tata Sons have in the past stressed on the need to be more decisively focused on bringing down debt, sharpening focus on both the portfolio and capital efficiency.

The Tata Group is proud of its rich legacy of contributing to the growth of the nation. During a long history, it has faced many challenges and the employees of this group have worked hard to create great companies, and deliver shareholder value. The Tata way is to not run away from problems, or constantly complain about them, but firmly deal with them and build a better tomorrow."

Earlier, former Tata Group Chairman Cyrus Mistry responded to his ouster by shooting off a letter to the Board and trustees of Tata which is particularly scathing of how the group functions and of Ratan Tata, the interim Chairman.

The letter, which stretches to five pages has Mistry’s qualms with the “flawed strategies” and “questionable transactions” that the board had sanctioned in the past. He added that five loss-making ventures for the group, namely, Indian Hotels, Tata Motors, Tata Steel Europe, Tata Power Mundra and Teleservices—may be subject to a writing down to the tune of Rs 118,000 crore ($18 billion).

Mistry also brought up the Nano, a project believed to be very close to Ratan Tata. He says that the prodcut “has consistently lost value, peaking at Rs 1,000 crore” and that there was no sign of profitability or the prospect of a turnaround in the venture.

Taking another jibe at Tata, he says that “Another challenge in shutting down Nano is that it would stop the supply of the Nano gliders to an entity that makes electric cars and in which Mr Tata has a stake.”

Mistry was also critical of the group’s investment in the aviation sector, saying that Tata had almost forced the group to invest in Air Asia and later Singapore Airlines. He adds that the investment in the companies was now in multiples of the “initial commitment” on the insistence of Tata.

And not restricting himself to just business decisions, Mistry raised concerns over “ethical considerations” in the dealing with Air Asia and just fell short of questioning the legality of the deal with Japanese telecom venture DoCoMo; a deal he has himself received a lot of flak for.

Finally, he says that while being promised a “free hand”, he had been reduced to the position of a “lame-duck chairman” due to the creation of “alternative power centres without any formal responsibility”.

Here is the letter in full:

Cyrus Mistry Letter to Board by OutlookMagazine on Scribd