"Rape Is Rape, Shouldn't Be Politicised": PM Modi Amid Outrage Over Kathua Case 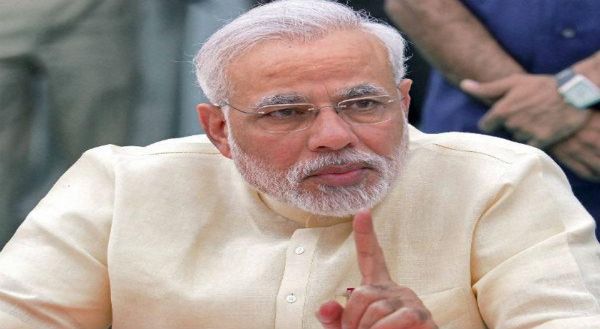 Prime Minister Narendra Modi on Wednesday said that it is shameful to play politics over the issues related to rapes and sexual assaults in the country.

Prime Minister Modi's remarks come in the backdrop of a nationwide outrage over the rape cases in Jammu and Kashmir's Kathua and Uttar Pradesh's Unnao.

Addressing a gathering at the event 'Bharat Ki Baat, Sabke Saath' in London, Prime Minister Modi said, "A rape is a rape. How can we tolerate this exploitation of our daughters?"

"When a child is raped, do we compare metrics versus earlier governments? That is shameful. We cannot say there were this many rapes in our government and that many of yours. There cannot be a worse way to deal with this issue," Prime Minister added.

He further said that there is nothing worse than a child is raped, while raising a question to the audience that why do the parents get worried when their girl child comes late to home but never asks the boy child about his whereabouts.

The person who is "committing the sin" is somebody's son Prime Minister Modi said while calling the rape incidents as a cause of concern for the entire nation.

In the Kathua case, an eight-year-old girl was allegedly drugged, tortured and gang-raped continuously for a week by eight people in Jammu and Kashmir's Kathua on January.

In the Unnao case, the victim has alleged that she was raped by Bharatiya Janata Party (BJP) MLA Kuldeep Singh Sengar at his residence on June 4, 2017 where she had gone with a relative seeking a job.

Prime Minister Modi is scheduled to attend a dinner hosted by United Kingdom Prime Minister Theresa May for the leaders of the Commonwealth Nations.

Later on Thursday (local time), he will take part in the 2018 Commonwealth Heads of Government Meeting along with the other Commonwealth leaders.

Outlook Web Desk / The Congress leader was initially stopped in Lucknow but later allowed to go to Agra to meet the family of the who man had died in custody after being detained for allegedly stealing Rs 25 lakh from a police station.