Two officials have been suspended after an Electronic Voting Machine (EVM) was found lying on a road in Baran district of Rajasthan on Friday. 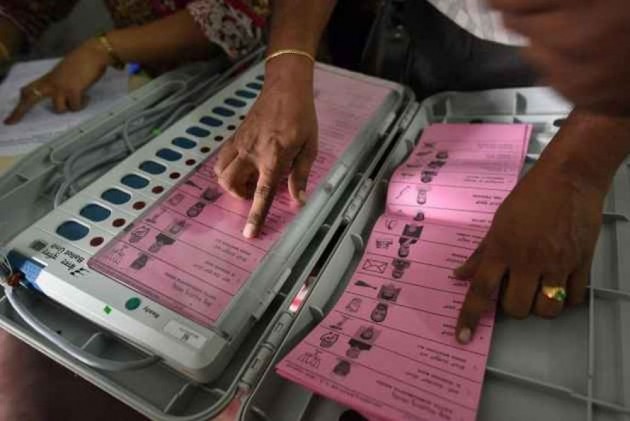 An Electronic Voting Machine (EVM) was found lying on a road in Baran district of Rajasthan on Friday, India today reported.

The EVM was found lying unclaimed on the highway number 27 near Mugawali village in Baran district after voting. Police took possession of the machine after they were informed by the villagers, the report added.

#WATCH: A ballot unit was found lying on road in Shahabad area of Kishanganj Assembly Constituency in Baran district of Rajasthan yesterday. Two officials have been suspended on grounds of negligence. #RajasthanElections pic.twitter.com/yq7F1mbCFV

In an order passed late in the evening, two officials Abdul Rafiq and Nawal Singh Patwari have been suspended after the EVM (serial number BBUAD41390) was found lying on the road. The suspension order cited negligence on behalf of the two men while placing them under suspension, as per a report on the Hindustan Times.

The suspension order stated that the EVM has been taken into custody and kept at a strongroom under guard. District collector SP Singh said that the reserve EVM had possibly slipped from the truck and fallen on the road, the report said.