However, football's governing body FIFA rejected Amnesty’s claim, terming it "misleading" and said that the non-payments were not connected to the 2022 tournament. 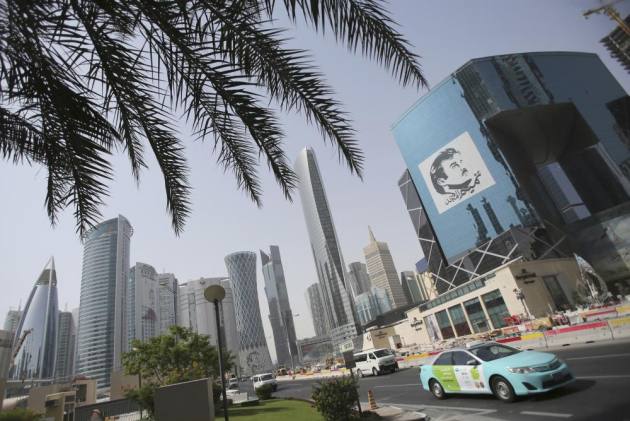 In the latest accusation against the 2022 FIFA World Cup host Qatar, the international human rights watchdog, Amnesty International, on Wednesday claimed that dozens of migrant workers have not been paid for months.

However, football's governing body FIFA rejected Amnesty’s claim, terming it "misleading" and said that the non-payments were not connected to the 2022 tournament.

Mercury MENA "failed to pay its workers thousands of dollars in wages and work benefits, leaving them stranded and penniless" in the country, according to the London-based rights group.

Amnesty alleges that at least 78 employees from Nepal, India and the Philippines had not been paid since February 2016 and were owed an average of $2,000 (1,700 euros) -- for some the equivalent of several months' wages.

In some cases this had "ruined lives", said Amnesty, which urged the Doha government to pay the workers, some of whom took out huge loans to secure a job in the super-wealthy Gulf state.

One worker, Ernesto, a piping foreman from the Philippines, told Amnesty he was in greater debt after working in Qatar for two years than before he arrived in the country.

Other labourers from Nepal said they had to take their children out of school or sell land to cover debts incurred by working in Qatar.

"By ensuring they get the wages which they are owed, Qatar can help these migrant workers to rebuild their lives," said Steve Cockburn, Amnesty's director of global issues.

It claimed Mercury MENA "took advantage" of Qatar's "kafala" system, which prevents workers from changing jobs or leaving the country without the permission of bosses.

Unpaid workers eventually allowed to leave Qatar only did so at their own cost, said Amnesty.

As well as helping build Lusail city, which is also the venue for the 2022 football tournament's opening match, Mercury MENA helped build a showcase stadium that was an integral part of Qatar's winning presentation to FIFA in December 2010.

In November, Amnesty spoke to the company's chief executive, who acknowledged "cashflow problems". There has been no further response.

However, FIFA rejected the Amnesty claims.

"We have no reason to believe the reported violations of workers' rights are in fact linked to FIFA and the 2022 World Cup," a spokesman told AFP.

"We regret Amnesty chose to frame its statement in such a misleading manner." The findings come at a time when the World Cup host is under intense scrutiny over labour rights.

Earlier this month, Doha said it would abolish exit permits -- a cornerstone of the kafala system likened to modern-day slavery -- but has not given a date for when this will come into force.

In April, the International Labour Organization opened an office in Doha, part of an agreement under which the United Nations agency will oversee wholesale labour reform in the emirate.

There are some two million foreign workers in Qatar, many employed directly or indirectly on vast World Cup infrastructure projects.