A puja and a roka ceremony is scheduled to happen today at Priyanka's Juhu residence, where the couple will be donning a traditional attire. 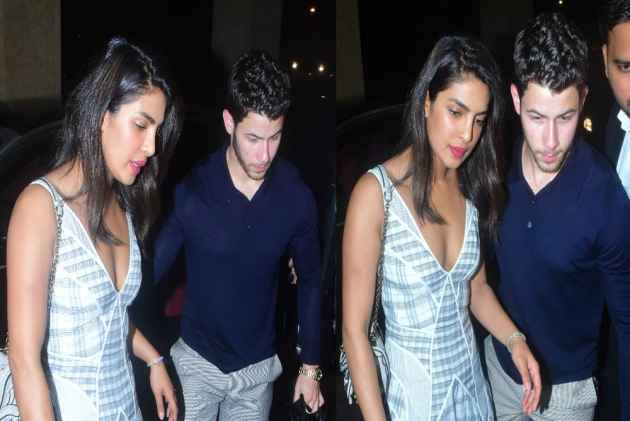 Bollywood actress Priyanka Chopra, who is rumoured to be engaged to Nick Jonas, stepped out for a dinner with the US-based singer in Mumbai on Friday night.

Priyanka and her rumoured boyfriend Nick were seen walking hand-in-hand during their outing outside the JW Marriott Mumbai Juhu. Meanwhile, a source told E! Online that Priyanka's family insisted on hosting the Jonas family in their country before the wedding. "Priyanka wants everything to be traditional to respect her family's values, and definitely an Indian wedding. The couple is excited for everyone to meet and celebrate. All of the plans are moving quickly and they do not want to have a long engagement," said the source.

On Thursday night, Nick flew down to India with his parents - mother Denise and father Kevin Jonas Sr.

Reportedly, Nick popped the question when they were celebrating the 'Baywatch' star's 36th birthday in London.

The speculation about their relationship brewed after the pair met each other's family. First, Chopra met Jonas' family at his cousin's wedding in New Jersey, after which Nick travelled to India to meet Chopra's mother.