"If it comes to privilege, ministers in the government have made many such comments which will attract privilege notices. The prime minister made inappropriate remarks against people who held constitutional posts." 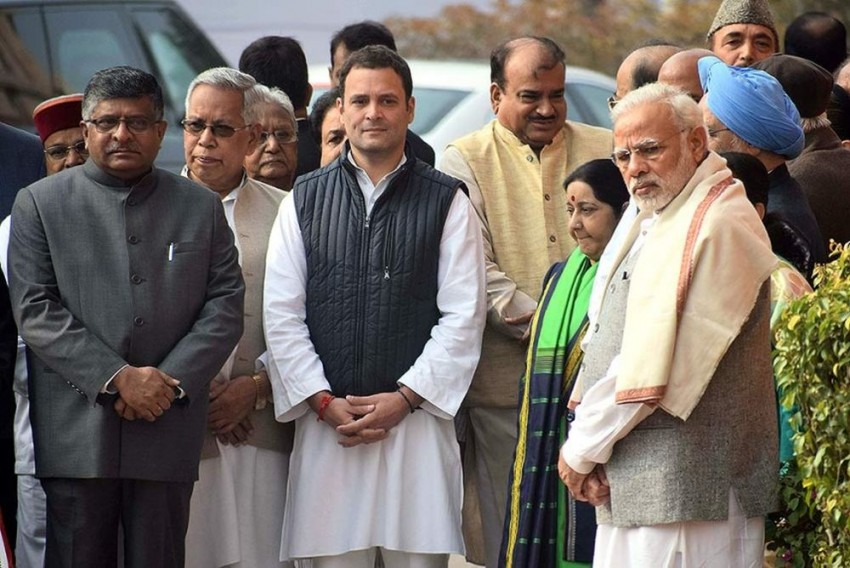 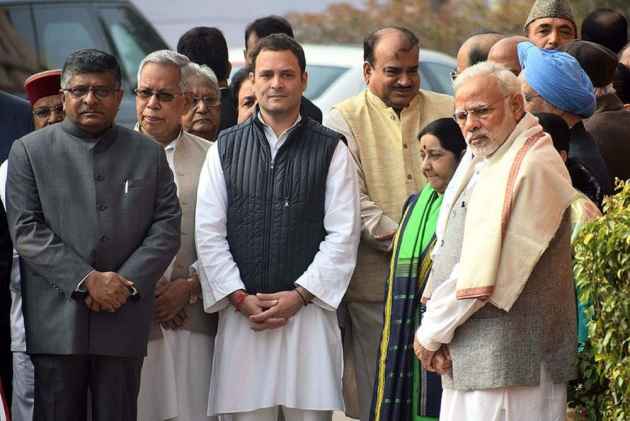 The Congress defended its leader and hit back, claiming that many BJP leaders, including Prime Minister Narendra Modi, had also committed breach of privilege on many counts.

Naidu sent the notice to the Lok Sabha speaker for further action as Gandhi is a member of the Lower House.

A complaint against Gandhi is already pending before the Ethics Committee of the Lok Sabha, chaired by BJP veteran L K Advani, after the speaker forwarded the same to it.

BJP leader and Rajya Sabha member Bhupinder Yadav had given the privilege notice against the Congress chief over a tweet in which Gandhi had questioned the authority of the Rajya Sabha and questioned its decision.

"On examination, prima facie there is an issue of privilege," Naidu said while referring the privilege notice to the Lok Sabha speaker, the sources told PTI.

Senior Congress spokesperson Anand Sharma cited Prime Minister Narendra Modi's remarks against his predecessor Manmohan Singh and those by Vice President Hamid Ansari during the recent Gujarat polls, claiming that these were examples of breach of privilege.

"If it comes to privilege, ministers in the government have made many such comments which will attract privilege notices. The prime minister made inappropriate remarks against people who held constitutional posts," he claimed.

"Later, the finance minister said the prime minister did not mean what he said. If political comments and tweets have to become privilege matters then the ruling party stands exposed and shall invite many breach of privilege notices," Sharma told reporters.

Yadav had alleged that there is a "breach of privilege" by Gandhi as he used derogatory words against Finance Minister and Leader of the House Arun Jaitley, by twisting his name.

"Dear Mr Jaitlie - thank you for reminding India that our PM never means what he says or says what he means. #BJPLies," Gandhi had said, while putting out a video of Modi's speech against his predecessor and Jaitley's remarks made in the Rajya Sabha.

The BJP member said the Congress chief had "deliberately twisted" the spelling of Jaitley's surname to 'Jaitlie', which was "highly derogatory".

The Congress chief, Yadav alleged, had deliberately misinterpreted the proceedings of Rajya Sabha in order to "malign the government which constitutes an affront to the dignity of the House".

He also alleged that it was a deliberate attempt at vitiating the political atmosphere of the country.

Yadav had earlier sought to know what action was being initiated against Gandhi on his privilege notice, over which Naidu told the members in the House that the same was under examination and he would take a view on it at the earliest.

Yadav had alleged that Gandhi "imputed motives to the intent, character and conduct of the Leader of the House Arun Jaitley by the way the spelling of Jaitley was twisted".

The Committees of Privileges of Lok Sabha and Rajya Sabha in the report of their joint sitting (1954) have laid down the procedure by which when a question of breach of privilege is raised in any House against a member of the other House, the same shall be referred to the Presiding Officer of that House.