'We Are Always On Call, Be It Day Or Night'

They have been credited for being a key player in India’s Covid-19 response, with their strong links within rural communities being used to combat disease transmission. But many feel they have not been given the recognition or benefits they are due.

Despite the staggering contributions by ASHA workers, who were described as the backbone of primary health care in India, compensation for their services has been low and recognition is slow to come.

Here is what these ASHA workers from Uttar Pradesh had to say.

Myths, misinformation and the resulting obstructions pose a critical challenge to ASHA workers. Often, they are barred from interacting with key beneficiaries due to social pressures arising from long-held misconceptions.

However, Neeru Mishra, an ASHA worker in Sitapur, Uttar Pradesh (UP), says they’ve been trained to persist, and ultimately ensure their targets are achieved. “Sometimes older members of the family will not let us meet young couples to chat about family planning. Our solution was to talk to these women when they went outside for their evening ablutions. Slowly but surely, we gained their trust and then it was easy to help them plan their families better,” she said.

Neeru was awarded for being the top district-level performer in the family planning and sterilization drives. With an MA and B.Ed degree, she is highly qualified and excels at her job. 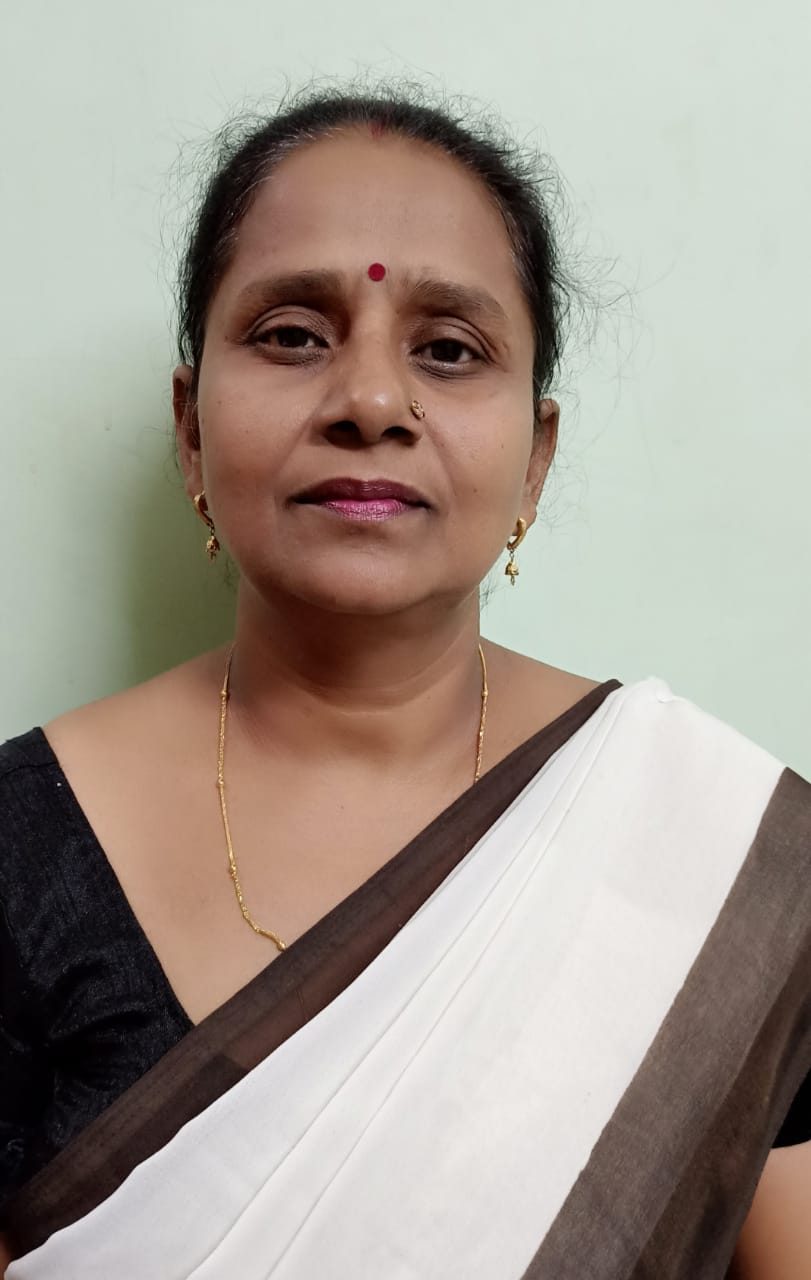 In Juhi-Bamburahiya, a village in Kanpur district, UP, Sunita Gupta has been serving as another inspiring example. Since 2017, she has been working hard to facilitate male sterilization, an area in which her contributions have been especially acknowledged.

But she and her fellow ASHA workers are more than just health workers, they are practically family. “We are always on call, be it day or night. If I notice a woman who has been weakened by frequent pregnancies, I explain how her husband can opt for a vasectomy or I speak to the couple together. Once, a woman who already had six children kept avoiding me but gave in when I persisted. She called me one day and agreed to undergo the procedure of sterilization. Later, she invited me to her house for tea and snacks and told me about two more women who wanted to opt for sterilization!” said Sunita.

Regardless of the disapproval she often faces, Sunita says, “I explain to people that it is better to be safe now than to face difficulties in the future. When the government is providing all the amenities, citizens should avail all the benefits.”

Among the many roles they play, information spreading is top among ASHA workers’ priorities, and engaging communities in discussions aboutfamily planning, injectable contraceptive vaccines, like Antara, and other healthy choices for men, women and girls have enabled them to transform lives.

“To newlyweds, we try to explain the importance of waiting for at least two years before starting a family. We also try to prevent child marriages by telling families to wait till a girl reaches adulthood. The delivery rate has decreased because of increased awareness.  And even though we get five hundred rupees for every delivery we do, we don't encourage people to have more kids. We want to propagate a healthy lifestyle which will be beneficial for the entire society,” said Neeru.

The impact of their work on families within their communities pushes them to go above and beyond. “I feel sad when infants die due to negligence and ignorance despite all the facilities that are available to families for hassle free pregnancies and delivery,” said Sunita. 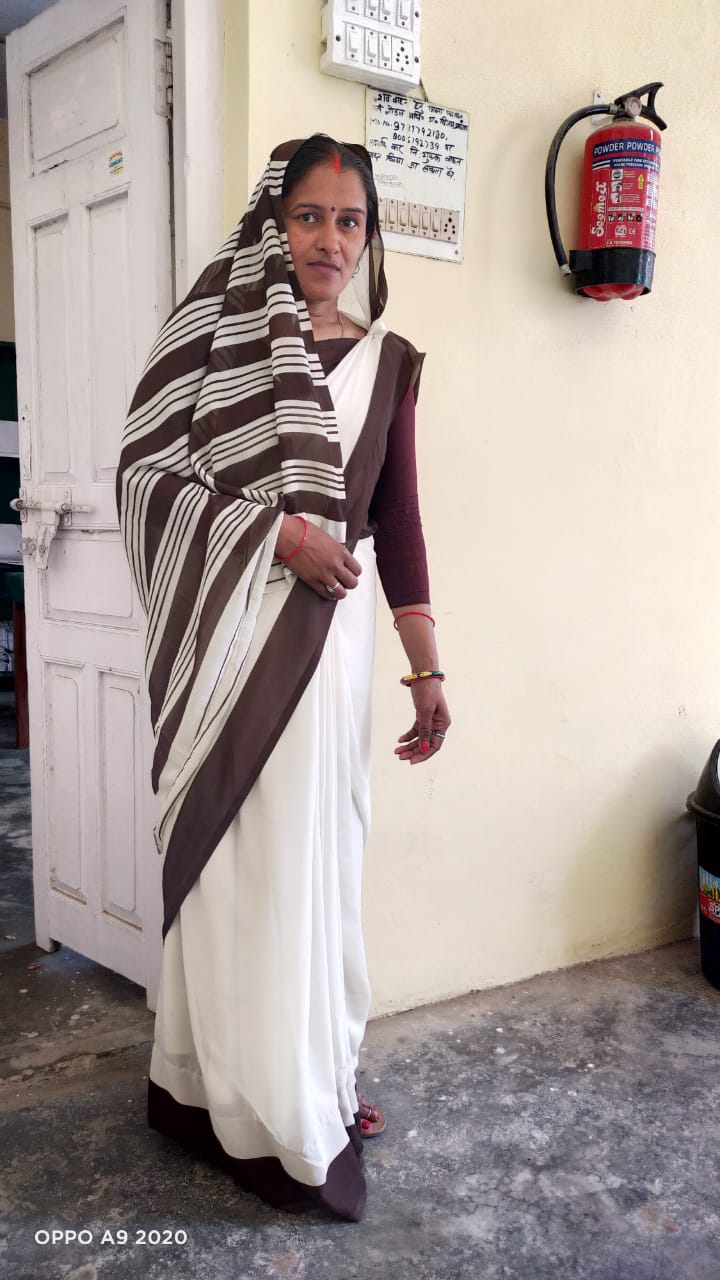 The foresight of an ASHA worker like Sailendri Srivastava that prevents a tragedy. Sailendri has been an ASHA worker since 2006 and is active in the village of Thana Khash, Basti District, UP. Her dedication has been recognised at block and district levels with awards and for good reason.

Once during a field visit, Sailendri noticed a premature baby who was losing weight rapidly. One day, he went completely cold and his breathing became erratic. Sailendri recalls the incident in vivid detail. “I hugged the baby close to my body to provide him warmth and immediately dialled 102 for the ambulance. The parents had lost all hope and kept saying ‘It all depends on God’. But I insisted on taking the baby to the hospital. Later we were told that if the treatment had not been given just in time, the baby would not have survived,” she said.

Another time, when after a tough delivery, a baby did not cry and against everyone's advice, she carried the baby to a nearby hospital and managed to save his life.

The Covid-19 pandemic added to list of critical care activities ASHA workers had to undertake. “We worked during the entire lockdown. We were shooed away or abused by people who thought we might infect them. They did not realize we were risking our own health and leaving our families behind just to be able to help them,” said Sunita.

Several of these ‘pink warriors’, as they are often called, did contract Covid-19. “I myself tested positive for Covid-19 last September and was in quarantine for 14 days,” Neeru said, adding, “Once I was well, I followed all the protocols issued by the government and made sure others did the same. We kept working with safety measures in place and even conducted meetings with social distancing. We tracked migrants who were arriving from different places and helped address their problems.”

Sailendri was engaged in continuously monitoring homes of migrants and helping women through childbirth, though during the pandemic, all the care had to be extended with safety protocols in mind.

Ever since the ASHA program was launched in 2006, there have been significant shifts in the status of immunization, institutional birthday and other key indicators at the grassroots. For individuals like Neeru, Sunita or Sailendri, everyday wins bring a joy of their own.

“I can see a huge change in the mindsets of people. Now, I am no longer just a health worker but a part of many families. I have done everything possible to pass on the right information and once the benefits begin to show, people realise I am not doing this work for my personal gains,” Sailendri said.

“It is heartening that many women now willingly want to be ASHA workers. People are becoming aware of their responsibility towards the society, the village and themselves. More and more people now use the health services available to them. Once they would not even listen to us but now there is trust and that is a big reward,” added Neeru.

(The author's  are the Associate Director & Manager, Communications, at Population Foundation of India)