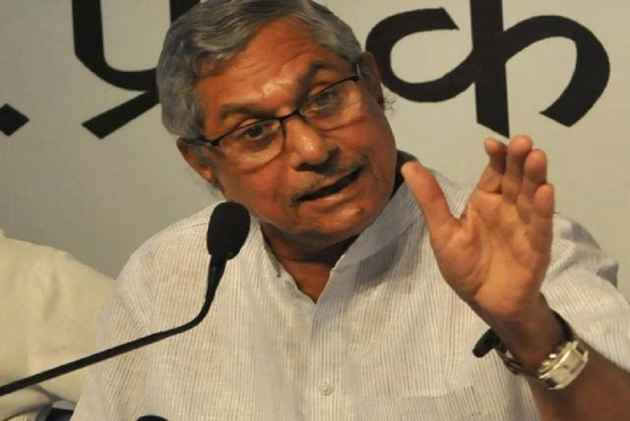 Attacking the Centre on the first anniversary of demonetisation, senior Congress leader Mohan Prakash on Wednesday said Prime Minister Narendra Modi is "dancing to the tune of foreign powers".

Taking a dig at Modi, Prakash said the Prime Minister should deposit Rs 15,000 in bank accounts of every Indian if not Rs 15 lakh.

"The demonetisation exercise did not just ban currency notes but also banned the nation's development. Modi ji, if you have got hold of black money, at least deposit Rs 15,000 in the bank accounts of Indians if not Rs 15 lakh. Demonetisation has ruined the nation's economy," Prakash, an AICC general secretary, said.

He was addressing a gathering at the Juhu Chowpatty in suburban Mumbai, after participating in a candle light march to observe the first anniversary of demonetisation as a "Black Day".

Prakash said the government has not fulfilled even a single promise made at the time of 2014 elections.

"Farmers are not getting the Minimum Support Price (MSP) for their agricultural produce and thus their suicides are continuing unabated," he said.

At least 25 farmers lost their lives in Yavatmal district due to the inhalation of poisonous pesticides but nobody had the time to visit the families of the deceased, the Congress leader said.

"PM Modi is dancing to the tune of foreign powers and he, along with (Finance minister) Arun Jaitley are selling the country to foreign powers," he said.

Prakash said, "those who did 'dalali' of Britishers during the freedom struggle should not teach us patriotism".

Chavan said demonetisation did not achieve a single objective and on the contrary the poor affected the most due to the exercise.

"Several people lost their lives in queues, growth rate came down drastically. When the situation is so bad, what is the government boasting about today? Are they happy about the job losses and deaths?" he questioned.

Criticising the note ban, Tatkare said the country is headed towards an economic crisis.

"The government had promised that once black money is recovered, people will be helped through the Jan Dhan yojana and employment will be increased. Demonetisation decision on the contrary took away jobs which people had from many years," he said.

Tatkare said that contrary to the government's claims, infiltrations along the LoC have increased after demonetisation.

Dhananjay Munde said the note ban is a scam.

"Demonetisation was not just a failure but the biggest scam in the history of this country," he said.

Munde said people wanted to know where is the black money that the government has promised.