Let's hope that Gandhi Smriti will attract the visitors it now deserves and they will be prompted to think about developing non-violence in their own being. 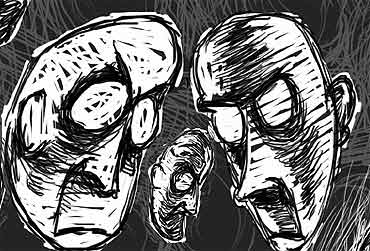 The Gandhi Smriti, Birla House, where he was assassinated, wasn’t the most popular or fashionable tourist attraction in Delhi, nor did it deserve to be. It wasn’t very well cared for and symbolised the fate of Gandhi, who is honoured in name but not in deed. But now the new director, Dr Savita Singh, has changed all that. The interior is sparkling white, the walls are covered with well-documented photos, there are new and startlingly life-like statues of Gandhi and Kasturba. Upstairs, there is one of the most imaginative multi-media exhibitions I have ever seen. The Aditya Birla Group have revived the Birla family’s connection with the house by joining hands with the Smriti and mounting computerised exhibits, which bring the Mahatma back to life. As a railway fanatic, I particularly liked standing on the footplate of the engine pulling Gandhi’s third-class carriage.

My visit to the Smriti made me think again about Gandhi’s non-violence, so often dismissed as irrelevant today. I came to realise how relevant it was to me, and to my life in Delhi. I remembered how often I have been infuriated by couriers ringing my doorbell, bringing publicity mail I never asked for. I take my anger out on the poor courier when he asks me to sign two forms and write my phone number. He is only doing his job. But I do wish people would remember that the postman doesn’t create any problems, demand any signatures, or puncture the mail with staples. Then there is the peon who brings the annual peremptory summons to attend on an income tax officer in spite of the government’s repeated assurances that if you pay your taxes you won’t be harassed. I must remember that the peon is only the messenger, not the message.

The touts at New Delhi Railway Station are one of my pet hates, hustling me and making it impossible to board a taxi peacefully. I have to realise they wouldn’t be there if they could find a job where they didn’t have to be so aggressive. But I do wonder why the police can organise the taxis at the airport so efficiently and totally fail at the railway station. Could it be that V.I.P.s now rarely travel by train?

That brings me to another occasion when I am tempted to take it out on innocent people—the cops who hold up the traffic to allow V.I.P.s to pass.

All these examples of verbal violence reflect the anger within me. One person’s anger may seem insignificant in the context of a vast city like Delhi but Gandhi said, "The more you develop non-violence in your own being, the more infectious it becomes...and by and by might over-sweep the world." So let’s hope that Gandhi Smriti will attract the visitors it now deserves and they will be prompted to think about developing non-violence in their own being. Then Delhi will be a less violent city.