The medical college's principal, Sadhna Kaushik, said a four-member committee has been formed to find out who put the severed leg under the patient's head. 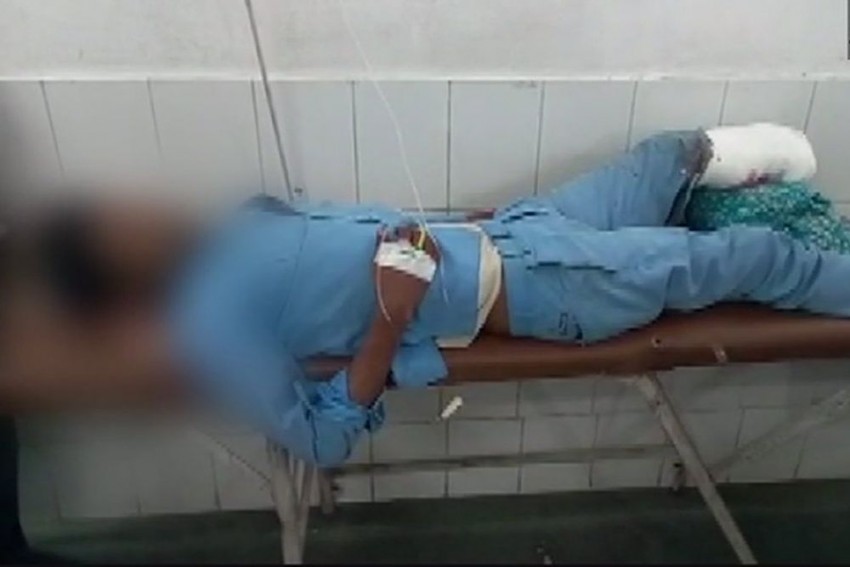 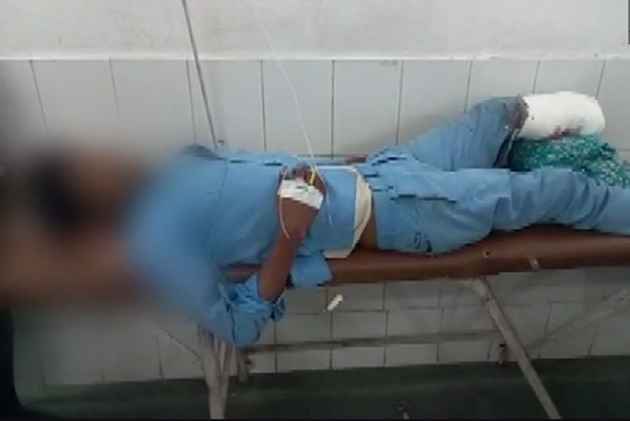 A man's leg, which got severed in a bus accident, was allegedly used as a pillow to prop him up at the state-run Maharani Laxmibai Medical College in Jhansi, prompting the Uttar Pradesh government to suspend four staff and order a departmental probe into it.

Ghanshyam (28) claimed that the hospital staff put the severed leg under his head as a pillow. He had lost the leg in the accident on Saturday and was brought to the hospital in a critical condition.

#UttarPradesh: Attendants of a patient allege that staff at Maharani Laxmi Bai Medical College, Jhansi used his severed leg as a pillow for him after he was admitted there upon meeting with an accident, College Principal says 'We've set up committee to probe & will take action'. pic.twitter.com/lJFJ3SCjWf

However, the medical college's principal, Sadhna Kaushik, said a four-member committee has been formed to find out who put the severed leg under the patient's head.

As the video of the man lying on a stretcher in the hospital with the severed leg under his head went viral on social and electronic media, Kaushik said strict action would be taken against those found guilty.

"He (the patient) was given immediate medical aid. The doctor looked for something to raise his head. The patient's attendant used the leg for the same. We've set up a committee. Strict action will be taken if our staff is found to be at fault," she said, adding it appears to be a case of mischief.

"Head of department of surgery Dr Rajeev Sinha will head the committee and it will give its report in 48 hours. Action will be based on the findings of the report," she said.

Jhansi is 300 km from state capital Lucknow, and the Maharani Laxmibai Medical College is affiliated to the Bundelkhand University, Jhansi. It serves many districts in Uttar Pradesh's backward Bundelkhand region.

Instructions have been issued to initiate departmental action against Dr Praveen Saraogi, an assistant professor in the orthopaedics department, the spokesperson said.

According to the medical college authorities, the CCTV footage would be reviewed to find out who was responsible for placing the severed leg as a pillow. Chief medical superintendent Harish Chandra Arya said stringent action will be taken against the guilty after the inquiry.

Uttar Pradesh Deputy Chief Minister Dinesh Sharma said the state government will take action once the full information about the incident is available.

Ghanshyam was a cleaner of the school bus which, on its way to the institute, overturned in Mauranipur, 65 km from Jhansi, as the driver tried to avoid a collision with a tractor-trolley. Nearly a dozen children were injured in the accident, the police said.

He lost his leg in the accident and was sent to the medical college after preliminary treatment at a local health centre.

The incident at the Maharani Laxmibai Jhansi Medical College is the latest in the list of several controversies to have hit Uttar Pradesh's healthcare, including the death of several children at a Gorakhpur hospital last year allegedly due to oxygen shortage.

In Six Months, CBI Has Withdrawn 70 Per Cent Of Its Staff Probing Vyapam Scam In Bhopal