Chhattisgarh has been celebrating February 14 as Matru-Pitru Divas instead of Valentine’s Day since 2012 on the advice of the jailed Godman, Asaram Bapu 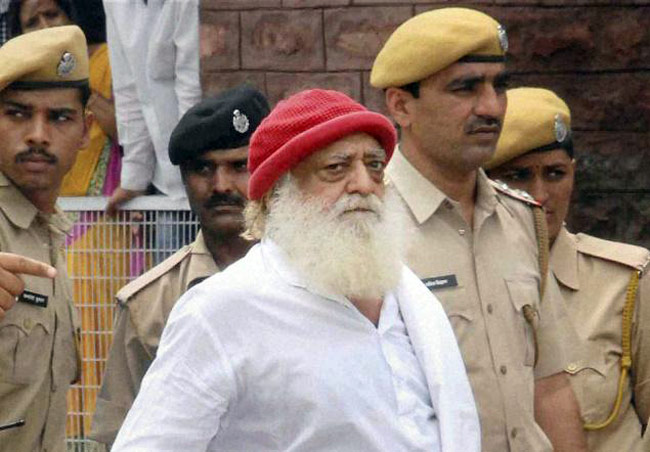 Under a new directive issued to 40,000 schools in Jharkhand by the state's education ministry, one day will be dedicated for an annual 'Matri-Pitri Pujan' where students will worship their parents.

State education minister Neera Yadav has directed the state secretary of school education and literacy department to issue a directive to the schools to conduct the annual function, reported The Times of India.

Yadav told the newspaper: "This will help instill the traditions and culture of our country in children. Learning is not just about reading from a book. It also includes making a child a good person and help them learn about their culture and traditions."

The minister added the idea came to her mind after she witnessed a programme at a government-aided school, where parents sat on chairs as their children stood before them with a puja thali.

The children were directed by the teachers to apply tilak, garland their parents and touch their feet.

Though the minister says he was inspired from a government-aided school. The BJP government led by Chief Minister Raman Singh in Chhattisgarh officially declared Valentine’s Day as Matru-Pitru Divas(Parents’ Day) in 2015 on the advice of jailed godman Asaram Bapu.

“The state (Chhattisgarh) has been celebrating February 14 as Matru-Pitru Divas instead of Valentine’s Day since 2012 on the advice of the jailed Godman, Asaram Bapu,” reported The Hindu. The paper reported that the Directorate of Public Instructions (DPI) has issued standing orders to celebrate Matru-Pitru Divas every year on February 14.

“The state government had issued circulars to celebrate Matru-Pitru Divas in 2013 and 2014. It has become a regular practice now, which will continue in future. There won’t be any fresh orders for this from next year. The day has to be celebrated every year,” said an order issued by the DPI, a copy of which is available with The Hindu.

Asaram Bapu’s followers run a website dedicated to Matru-Pitru Divas, which exhorts people to celebrate February 14 as a day for parents instead of Valentine’s Day. It says: “Revelries like ‘Valentine’s Day’ that encourage people to live an immoral life are the prime factor behind widespread rejection of traditional sexual codes in many countries.”

In 2014, Asaram Bapu (real name: Asumal Sirumalani) was put behind bars after a spate of allegations of rape and other crimes against him.

A similar media blitz was last seen exactly four years ago when rape allegations were levelled against Asaram Bapu (real name: Asumal Sirumalani). It’s difficult to erase the imagery piqued by news reports of the godman being administered a ‘feather test’ to rule out any chance of erectile dysfunction bef¬ore proceeding with a rape trial.

Asaram would allegedly throw a fruit at a female follower to mark her for his women apostles to deliver to his ashram for an ‘anushthan’. His son Narayan Sai (also later arrested) had an overactive libido too.