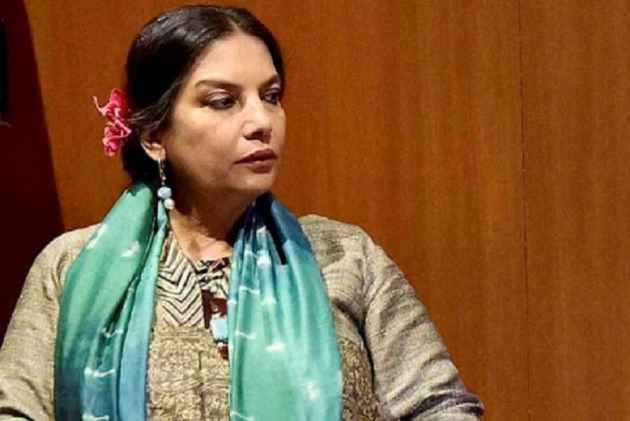 Veteran actor Shabana Azmi today said the threats to filmmaker Sanjay Leela Bhansali and his "Padmavati" star Deepika Padukone is exactly like the Congress celebrating IFFI in Delhi after the murder of Safdar Hashmi in 1989.

Calling it 'cultural annihilation, the actress urged film industry to boycott the International Film Festival of India to mark its protest.

Azmi also criticised Information and Broadcasting Minister Smriti Irani for her silence on the issue.

"Smriti Irani is preparing IFFI dats possible only bcoz the Indian Film Industry brings such acclaim to it but keeps quiet about Padmavati!

"This is exactly like HKL Bhagat and Congress celebrating IFFI in Delhi after the murder of Safdar Hashmi in 1989. Cultural Annihilation," she tweeted.

The actor, who put out a series of tweets on the issue, added that the film industry should come together to support the movie.

"The entire film industry should boycott IFFI in protest against the threats to @deepikapadukone SLB and #Padmavati," she said in another tweet.

"Padmavati", which is facing protests by several Rajput groups and others, has been sent back to makers by the Central Board of Film Certification (CBFC) as the application for the certification was "incomplete".

Police have also beefed up security at Bhansali's residence in Versova.