Since fear played -- and still plays -- such a dominant role in contemporary politics, the marriage of crime and politics became the most natural alliance, writes Manoje Nath. 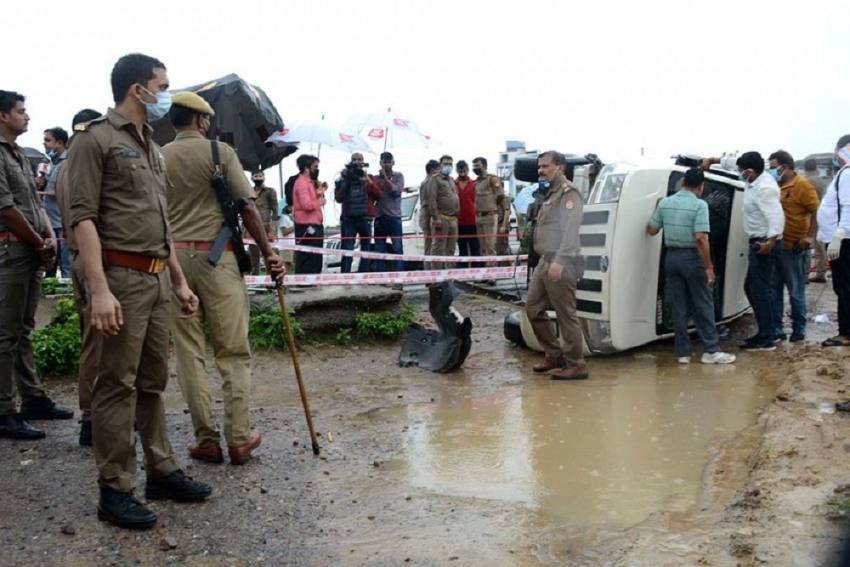 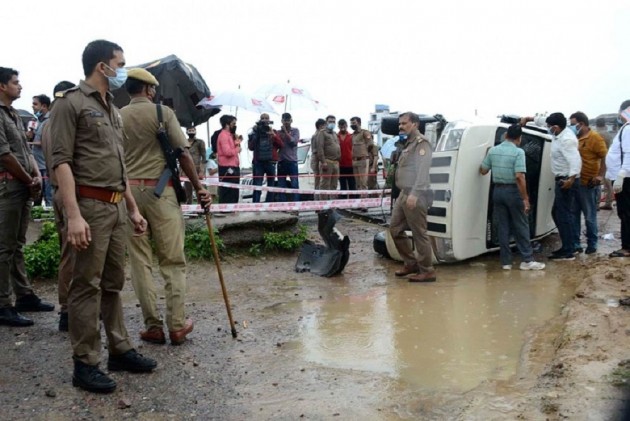 The Vikas Dubey episode once again revived the seasonal debate on the alliance between crime and politics. It jogged my own memories of the troubled days in Bihar, when the nexus of crime and politics earned it the opprobrium of Jungle Raj. Based on my experience in Bihar, it is possible to build a typology of the rise and fall of such people.

First, let us face it: the capacious idea of democracy has for long been reduced to a state procedure called election. The mere act of getting votes consecrates everything; persons, parties, parliaments and laws. Everything is about winning elections.

Securing votes, by whatever means possible, became the essence of the democratic enterprise: by getting people to agree to vote for you or by putting them in fear of daring to vote against you. The latter is a much easier task. During the time of Mandal-Masjid politics in Bihar, the concept of the enemy became vital to the whole political enterprise, for without it, ‘the very nature and urgency of politics would dissolve.’

In a democracy, it is the electoral fray where the legitimacy of political parties and their bid for power is interrogated, denied or granted. The strategic use of fear as a political tool had always been there in Bihar, in some form or the other. But during the 90’s, in the heydays of Mandal- Masjid politics, it became the seminal part of political campaigning. Politics meant inflaming passions to a boiling point and elections became a matter of vindication of the honour of this or that group, voting an act of revenge.

Since fear played -- and still plays -- such a dominant role in contemporary politics, the marriage of crime and politics became the most natural alliance. Those who helped garner votes were rewarded amply and openly. They no longer entered the corridors of power through the backdoors. They did not flit about like ghostly shadows in the darkness, but strutted around in their new plumes of influence and immunity. Those in the police, who were quick to orientate themselves to the changed style of functioning, flourished; those who could not, were gradually marginalized, became irrelevant or were phased out of existence to be replaced by those who are in tune with the new ethos. The governments themselves acquired the character of predatory gangs where the police, the politician and the criminal were equal stakes partner.

But on some occasions, the parentage of the midnight children born out of the union of crime threatened to break out in the open. But as the Slovenian intellectual Slavoj Zizek says, “This is the paradox of public space, even if everyone knows an unpleasant fact, saying it in public changes everything.”  Public disclosures do kick up some dirt, howsoever transiently. But the whole apparatus of criminal administration system, which had been bent so much out of shape to accommodate such people,  can no longer be relied upon to despatch them to oblivion.

ALSO READ: 'Only When A Cop Is Killed That Society Sees Them As Human'

“Encounter”, an expedient measure born out of this necessity, takes care of the problem but also takes away all that the constitution guarantees us: due process of law, a fair trial. Ambitious police men, in the service of their masters, or in pursuit of power and success, often betray their calling to resort to encounters. Those whom they serve with such devotion in turn absolve them of all their sins. The encounter takes place in the no-man’s land between public law, political fact, and popular approval.

However, if we retrace the history of Independent India, sooner or later, we reach the fateful conclusion when the abuse of police appears to be, in Rawlsian diction, part of an overlapping political consensus. The disclosures, from time to time, of complicity of various administrations in cold blooded killings have exposed the opaque relations between power and privilege, the hidden continuities between the legal and the illegal. Members of the minority community, Naxalites, political opposition and activists have been “encountered” in every regime. Once a crime is linked to the state, it should summon the minds of the citizens towards weightier judgments. But the debate is still couched in politically opportunistic terms as a blame game between rival political factions. People, like spectators up in a pavilion, observe the debate as if they do not have any stakes in the matter, no awareness that the bell tolls for them, only a prurient interest. It would be a mistake to view it only as a problem of police brutality; the political class that abuses police is the greater problem.

Most of us have already accepted with a sense of quiet resignation the inability of democratic politics to produce viable solutions to social and economic problems. We now seem to be well on our way to accepting the all-encompassing control of the state security apparatus over our lives. We need to square up to the politically incorrect fact that the democratic system requires some “other narrative rooted in the promise of life as opposed to the fear of death.” Unless that is done, we will be harvesting a rich crop of Vikas Dubeys.

(The writer is a 1973-batch IPS officer, who retired as DG (Homeguards) in Bihar).