The ease with which the Gandhis successfully turned the demand for organisational reform into an attack on themselves is proof of the high degree of control exercised by them over the party. 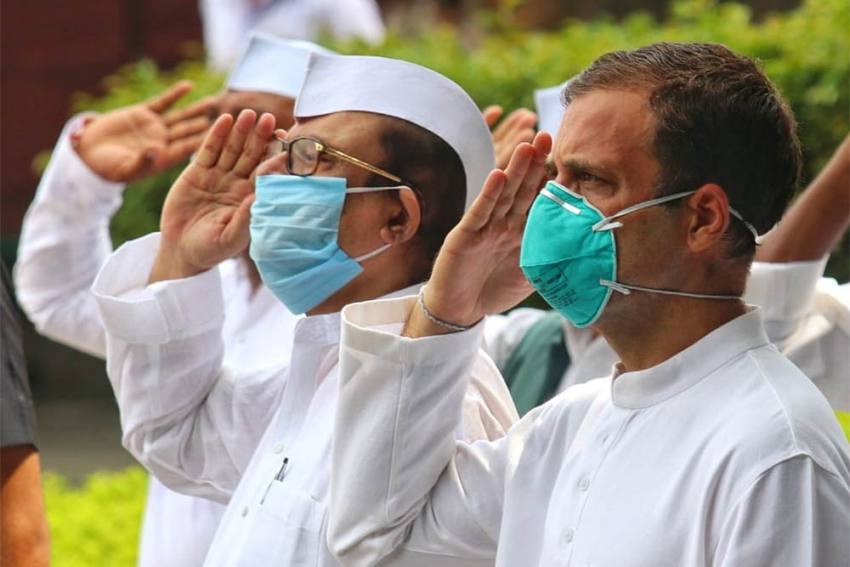 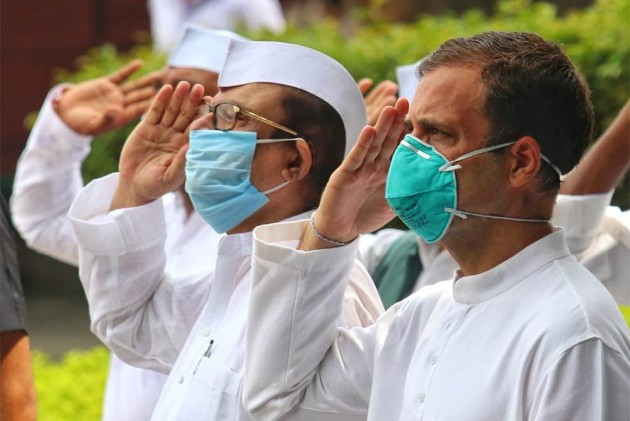 The latest manifestation of the Congress’s bid to self-destruct was clearly visible in the reaction of the party leadership to the letter asking for organisational reforms including some form of inner-party democracy that would help revitalise India’s Grand Old Party.

Instead of addressing these very pressing issues the Congress president, her son, and their acolytes in the party interpreted the demand as a rebuke to the Gandhi family. Most members at the CWC meeting of August 24 launched visceral attacks on the signatories of the letter for demanding reforms and thus daring, even if implicitly, to challenge the Gandhi family’s dominance of the party. The meeting was proof if one was needed that the Congress leaders, especially Sonia Gandhi and Rahul Gandhi, have not learnt any lessons from the electoral debacles under their watch.

This should be an eye-opener for those sceptical of the argument that the Congress party has become the exclusive preserve of the Gandhi family. Sonia’s haughty demeanour and Rahul’s intemperate remarks should put to rest all doubts on this score. One wonders whether the time has now arrived to rename the party the Gandhi Family Party (GFP) to distinguish it from the Indian National Congress(INC). Even when Mahatma Gandhi was at the zenith of his popularity during the freedom movement, the Congress did not become his personal property. Leaders such as Jawaharlal Nehru, Sardar Patel, Maulana Azad, and Subhas Chandra Bose were not his echo chambers. That the CWC in 1947 under Patel’s and Nehru’s urgings accepted the partition plan against the Mahatma’s wishes is testimony to this fact.

The ease with which the Gandhis successfully turned the demand for organisational reform into an attack on themselves is proof of the high degree of control exercised by them over the party as well the total lack of backbone among most so-called leaders of the party. Sonia Gandhi indulged in high drama by offering to resign knowing fully well that she will be “persuaded” to continue until Rahul is ready to step into her shoes again. It is clear that the Gandhis treat the party as their family property, an idea that has its roots in the autocratic and dynastic proclivities of Indira Gandhi.

The virulent attacks on the signatories to the letter make two things very evident.

One, that members of the CWC and other functionaries in the party retain their positions at the pleasure of the Gandhi family since most of them are unelected and/or unelectable and, therefore, cannot afford to incur the Gandhi family’s wrath. The proper term for them would be “retainers” rather than leaders. Two, the way the “dissenters” quickly ate their words and abjured any intention of criticizing the Gandhi family and apologized for any unintentional hurt caused to the family by their letter also demonstrates their total dependence on the Gandhi family for their political survival. But their decision to retract has not prevented continuing virulent attacks on them, obviously encouraged if not ordered by the Congress High Command.

It is indeed a very sorry spectacle to see leaders with decades of experience genuflecting in front of a political upstart such as Rahul Gandhi, who specializes in losing elections including his own Lok Sabha seat that had been a pocket borough of the Gandhis. It is clear that party has reached a dead end since it seems totally incapable of changing course organizationally and politically.

The organisational decay of Congress has exacerbated another basic problem facing the party. The BJP, thanks to its parent organization, the RSS, is a cadre-based party that has honed its strategy of employing its dedicated workers to get out the votes for its candidates during election times and, equally important, for conveying its message to potential voters in between elections. It is also far more media-savvy than the Congress and dominates the social media through its well-oiled media cell that commands and controls thousands of trolls. The Congress lacks these assets and has, therefore, traditionally banked on the charisma of its leadership and its pluralist ideological appeal cutting across caste and religious divides to turn out the votes.

This worked under Jawaharlal Nehru and Indira Gandhi who had the political acumen and the inspiring personality to attract voters. It does not apply to the current leadership. Following the 2014 electoral debacle, Rahul Gandhi and his advisors converted the Congress ideologically into BJP’s B team by pursuing a soft Hindutva policy in the false hope that it will change the party’s fortunes. This did not work because the Indian electorate was discerning enough not to prefer a pale imitation to the genuine article. Moreover, Rahul’s immature personality, which has made the BJP-invented sobriquet “Pappu” stick, and his erratic and episodic approach to campaigning and politics, in general, has made him a butt of jokes and the BJP’s media-savvy managers have very cleverly manipulated it to the hilt.

Congress is now faced with an existential crisis. It must implement drastic organisational reform beginning with the “dethroning” of the Gandhi family and re-instituting inner-party democracy. Otherwise, analysts will soon be writing its requiem for in its present form it has become a dinosaur that is doing a great disservice to the Indian people by preventing the emergence of a viable opposition at the national level. More and more erstwhile well-wishers of the Congress are coming to recognize the fact that the Congress may have to die before a viable national opposition can reappear.