This caste divide in Bengali society is responsible for the rise of the BJP in the state. Since 2012, the RSS has made great inroads by community outreach initiatives in the clusters where Dalits and other marginalised groups are concentrated. 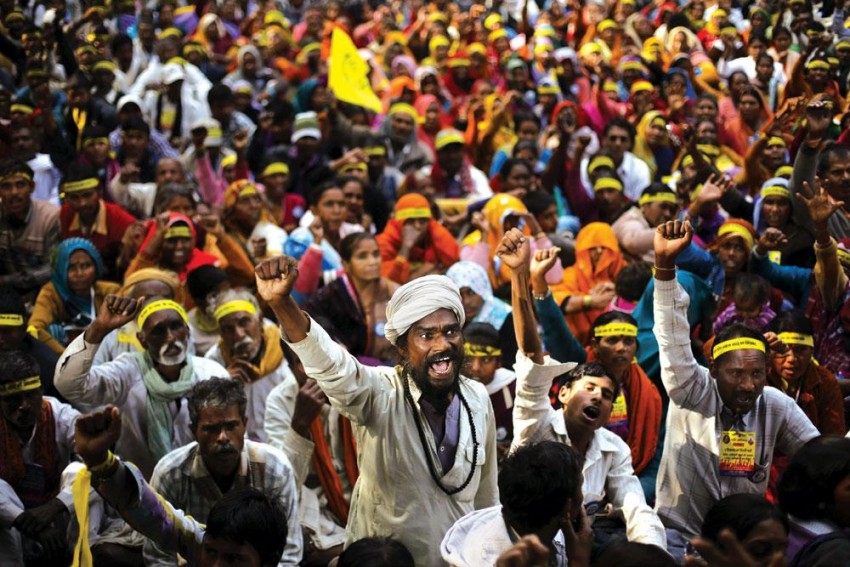 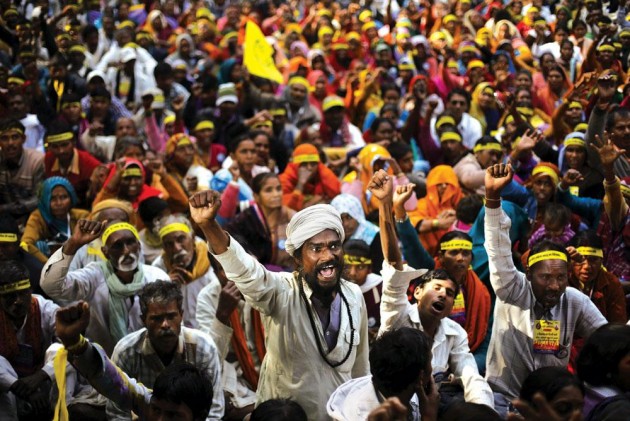 “I can’t breathe!” The last words of George Floyd, a black man who was killed in police custody, spurred a wave of outrage and protests in the United States. The Black Lives Matter movement is yet another instance of mass assertion by the black community to give voice to their angst and challenge their discriminated position in the American social hierarchy. The previous such mass assertion via the Civil Rights Movement in the 1960s led to legal equality and political rights for the black community. This one is still a ‘work in progress’.

In India, we have seen similar expressions by backward/marginalised communities through caste-based assertion. This has occurred mainly in the political sphere where caste-based assertion has helped in instilling political consciousness amongst Other Backward Castes (OBCs) and the Dalit/SC and Tribal/ST groups.

Even with their numerous imperfections, these movements have helped in altering traditional power structures in states such as Tamil Nadu, Bihar, Maharashtra, Karnataka, Kerala, etc. In some states, the existing political class i.e. Congress, itself underwent a transformation with the rise of intermediate or backward caste leaders to prominent positions in the political hierarchy. Of course, with such political change, social changes have also occurred, albeit to a lesser degree.

Oddly, that widely assumed beacon of liberalism in India, West Bengal, has never witnessed any such assertion by the backward caste groups. This is on account of a rarely discussed hegemony of the ‘Bengali Bhadralok’ that holds the state in a tight grip. Indeed, the concept or image of the Bengali Bhadralok has been championed by the mainstream literati to such a degree that it has emerged as the personification of all that is Bengal. However, if we delve into the details, we find the stark and untold reality of the Bengali Bhadralok and Bengal.

Three upper castes i.e. Brahmin, Baidya and Kayastha, constituting around one-fifth of the population comprise the Bhadralok in Bengal. These upper caste communities dominate almost all walks of life in Bengal, from politics to literature, art, science etc. As an example, the ‘ideal’ music often associated with erudition and education is the Rabindra Sangeet. Such has been the dominance of this form of music as embodying Bengali culture, that the music of the masses such as the Bhatiali, Bhaoaia and Baul styles have been largelypushed to the background. Even in politics, all of Bengal’s chief ministers, political ideologues, social heroes etc. have come from the forward castes.

In fact, there is a lack of representation of backward caste identity and culture in mainstream Bengali society and surprisingly even in the political discourse. The other intriguing aspect is that caste discrimination in the state expresses itself in subtle ways rather than through violence as seen in other states. Take this example—nearly 60% of Kolkata’s neighbourhoods do not have any Dalit residents. In fact, it has been reported that a third of the SC/ST population of Kolkata reside solely in a cluster of eight wards in eastern Kolkata (in a city with a total of 141 wards).

The question that comes to mind here is what explains this peculiar phenomenon in Bengal and how this is also linked to the rise of the BJP in the state? This is largely attributable to the historical circumstances of the state. We are all aware of how Bengal has witnessed nearly 60 years of Communist influence. The Communists have regularly mobilised marginalised communities, particularly those belonging to various OBC/SC and ST groups throughout history, be it in the form of mobilisation of Dalit refugees for settlement rights in the '50s and '60s, or the land reforms demanding allocation of land to small or marginal farmers and share-croppers etc. which mainly mobilized and benefited OBC, SC and ST farmers etc.

However, the Communists in Bengal have staunchly refused to consider caste as a determining factor for deprivation and lack of access in Indian society. As a result, backward caste mobilisation in Bengal has been driven primarily by class-based considerations as opposed to one based on their subjugated positions due to their social identities. Moreover, all these movements, including the violent movements such as the Naxalite movement, were always led by the upper caste Bhadralok.

Closely following such caste-agnostic mobilisation, was another Communist project that commenced in 1977 and reached its zenith in the late 1990s. This was the concept called the “party-society” wherein the CPI(M) positioned its cadre, sympathisers and leaders at local community clubs such as Puja Samitis, football clubs, local welfare associations, cooperatives etc. This helped the Communists ensure their complete dominance in the political arena of the state at the grassroots level, preventing the entry or growth of the rival Congress. It also allowed for the greater involvement of individuals from the lower caste groups in the lower levels of the political hierarchy of the party and local administration. The upper caste party leadership secured the loyalties and kept a firm hold on the larger OBC and SC vote base in this manner, while ensuring that the majority of the important positions in the CPI(M)-led power structure continued to remain in the hands of the Bhadralok.

Such was the aversion to caste by the Communists and the upper caste Bhadralok intelligentsia that a carefully orchestrated rhetoric that dismisses caste as a concept alien to Bengali society was actively propagated. Jyoti Basu had famously responded to the Mandal Commission saying that there were only two castes in Bengal -- rich and poor; completely ignoring the historical angst and lack of access of backward caste groups. Such rhetoric, coupled with the promise of an egalitarian society, and downplaying of material wealth lent moral authority to the dominance of the upper caste political leadership. This socio-political consensus has maintained the upper caste hegemony in Bengali society and its resultant political discourse.

Even the advent of Mamata Banerjee and her Trinamool Congress (TMC), did not bring about any meaningful change in this area. The ‘party society’ model of politics has continued to thrive under the Trinamool banner. Though she has made some attempts to appeal to backward caste groups on the basis of their identity, such changes have been incremental if not symbolic.

This cleavage in Bengali society is responsible for the rise of the BJP in the state. Since 2012, the Rashtriya Swayamsevak Sangh (RSS) has made great inroads by establishing numerous shakas, schools and other community outreach initiatives in the northern districts of Alipurduar, Jalpaiguri, Cooch Behar and Uttar Dinajpur. Here, RSS workers have predominantly targeted the tribal and SC and OBC groups. In the 2016 Vidhan Sabha elections, the BJP had given party tickets for various assembly seats to SC and ST candidates, even in seats that were unreserved. In these elections, for a party with hardly any base or cadre, the BJP had performed well and obtained nearly 12-20% vote share in all the Vidhan Sabha seats in these districts.

The party’s, state president Dilip Ghosh (a surname commonly used by members of both the Sadgope and the upper caste Kayastha community) hails from the western districts in the Jangalmahal region (dominated by OBC and ST voters) and is himself an OBC from the Sadgope caste. Such has been his mass appeal in these regions, and consequent rise in the party, that he has sidelined much of the previous upper caste Bhadralok leadership of the party. The party has also demanded implementation of the Mandal Commission recommendation of 27% reservation for OBCs in West Bengal state government institutions and colleges which many states in India have already undertaken in the 2000s.

Nevertheless, the biggest show of intent by the BJP to the Dalit voters in the state, was through the polarising Citizenship Amendment Act, 2019 (CAA). In the border areas of Malda, Nadia and Murshidabad districts, the BJP has attempted to mobilize support amongst the refugee SC groups, particularly those belonging to the Namasudra community, where many individuals since 1971 have till date not been granted citizenship or received attendant rights. Prime Minister Narendra Modi’s visit in 2018 to Binapana Devi or ‘Boro Ma’, the matriarch of the Matua Mahasangha, an influential social and religious organisation of Namasudra Dalits, also gave a personal touch to the BJP’s outreach. By deferring to the Mahasangha, the Prime Minister gave prominence to their socially backward identities.

Such consistent efforts have paid rich dividends for the BJP in the Lok Sabha elections where it performed outstandingly well in all parliamentary constituencies in the SC dominated seats in Malda, Murshidabad and Nadia district, seats in the Jangalmahal region, and all seats falling in the northern districts. The striking feature of these victories is the sheer margin of victory, which clearly indicates an overwhelming alignment of voters in these districts with the BJP.

Given the historical angst, lack of genuine power-sharing, the complete annihilation of caste identity in popular Bengali society, the consistent multi-pronged approach of the BJP-RSS and the overwhelming consolidation of voters in these backward caste/ tribal-dominated regions, it appears that for the first time there is a clear case of backward caste assertion in Bengal. This is unlike any previous mobilisation of backward voters of Bengal because for the first time, caste identity is at the forefront of political discourse. At the same time, with anti-incumbency with the TMC, the party also appears to be finding support amongst many upper caste voters in Bengal.

However, with the RSS’s upper caste-dominated command systems, it remains to be seen whether the Bengal BJP brings genuine backward caste power-sharing like the Lohiaite or Dravidian parties. Nevertheless, for now it appears that for the first time the upper caste Bhadralok hegemony is on the verge of breaking down on the political front.

(The writer is a lawyer. Views expressed are personal.)