The Citizenship (Amendment) Bill should not be read in isolation; it should be read with the proposed National Population Register. 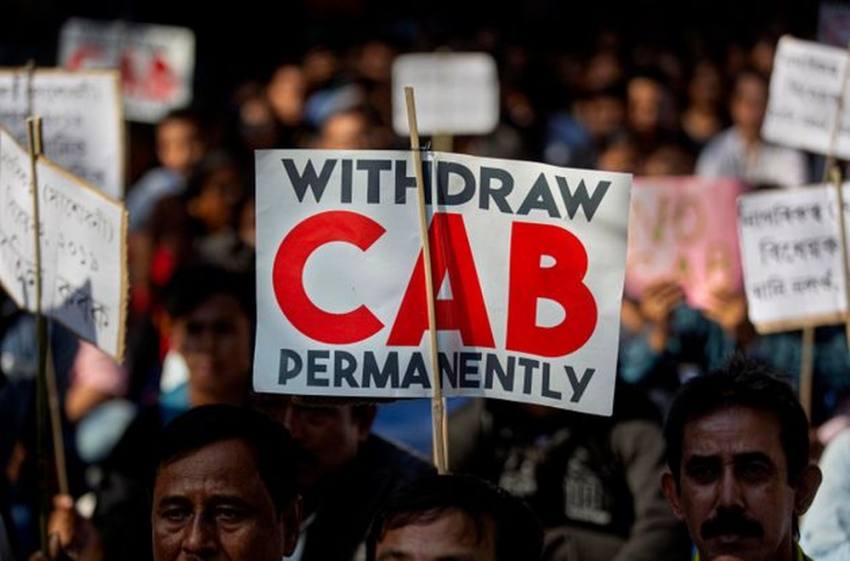 People participate in a protest against the Citizenship Amendment Bill (CAB) in Assam
AP Photo
Aman Wadud December 10, 2019 00:00 IST OPINION | Assam Model Of ‘Harassment’ Will Be Replicated Across India 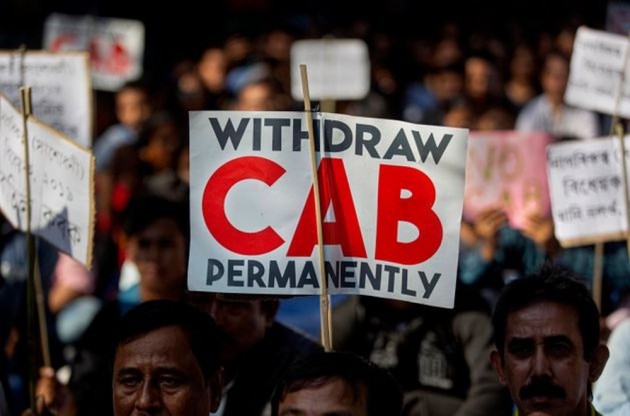 The Citizenship Amendment Bill (CAB), which was passed by the Lok Sabha on December 10 violates Article 14 of the Indian Constitution, which guarantees equality to all persons, citizens and foreigners.

Differentiating between the people along religious lines would be in violation of the Article. The twin test of “reasonable classification” and “nexus between the object sought to be achieved” is required to be fulfilled for a legislation to be in conformity under Article 14 of the Constitution. If this Bill is put on the twin test, it will miserably fail, as the classification sought is to differentiate between persons who would be granted relaxation to acquire citizenship through naturalization process based on religion.

The Bill fails to reasonably classify. The next test is on the objective sought to be achieved. Putting a prerequisite condition based on religion is no rational nexus; unless the objective is to make India a Hindu State.

While CAB grants citizenship to non-Muslim illegal migrants from Pakistan, Bangladesh and Afghanistan, it denies the same right to persecuted minorities of Ahmediyas of Pakistan, Hazara community of Afghanistan and even to Sri Lankan Tamils.

This Bill is an abrogation of the basic structure of our Constitution.

The Citizenship Amendment Bill will also render National Register of Citizens (NRC) in Assam meaningless if a section of people, who are left out of the final list, are granted citizenship through the Bill.

In the past few decades, Assam Border Police Organization and Election Commission have accused lakhs of people of being illegal migrants, many of them being Hindus. The CAB proposes to drop all charges against Non-Muslims. Effectively, the Foreigners Law will only apply to Muslims and Foreigners Tribunals will prosecute only Muslims after the Citizenship Bill is passed by both the Houses. The Tribunal members are hired on 1-2 years contractual basis. Earlier, the BJP government terminated the contract of members who declared lesser people as foreigners. Now that only Muslims will be tried before the Tribunals, it will only become more arbitrary and unjust.

The Sixth Schedule areas have been exempted from the ambit of CAB. Four districts of Assam -- Kokrajhar, Baksa, Chirang and Udalguri -- which come under Sixth Schedule, have sizeable Bengali Hindu population, but a large number of them have been excluded from the NRC. As Bengali Hindus excluded from the NRC will seek the protection of the Bill, there could be the exodus of people from these areas making things more difficult for them as well as the rest of Assam.

But the Bill should not be read in isolation, it should be read with the proposed National Population Register (NPR). The NPR will be the foundation of NRC. The CAB should also not be seen only through the prism of illegal migrants. While implementing the NRC, it will have a far-reaching consequence on Indian citizens, particularly Muslims, and everyone’s citizenship will be under scrutiny. But as CAB will protect non-Muslim illegal migrants, during the NRC process, their citizenship will not be under doubt. The experience of Assam says that genuine citizens have always been harassed in the name of illegal migrants. During the NRC process in Assam, Muslims were subjected to several rounds of harsh scrutiny and verification. The Assam model will be replicated all over the country now. The arbitrary and discretionary power of registering authorities will make things worse. Many citizens will be stripped of citizenship and rendered stateless.

(The writer is a Guwahati-based rights activist and lawyer. Views expressed are personal.)