Home  »  Website  »  National  » Opinion  »  In A Battle Of Unequals, Here’s How Mankind Is Hurtling Towards Complete Destruction

In A Battle Of Unequals, Here’s How Mankind Is Hurtling Towards Complete Destruction

A materialistic mind-set, the evils of social media and the shortcut to wealth and prosperity is harming the modern generation 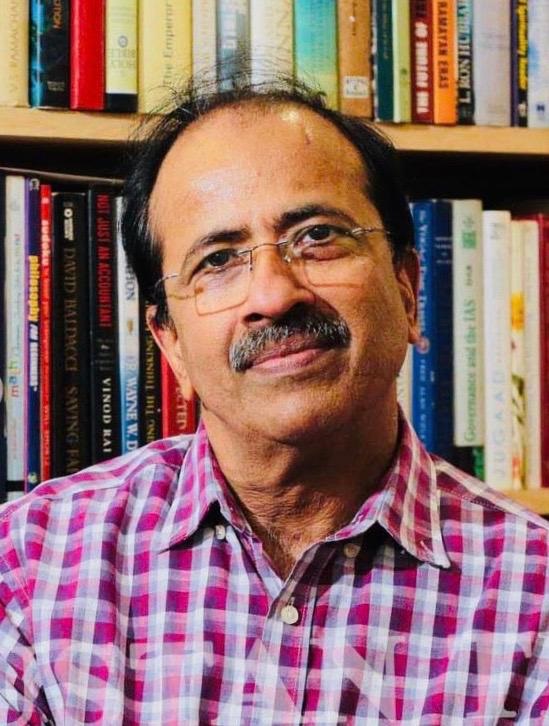 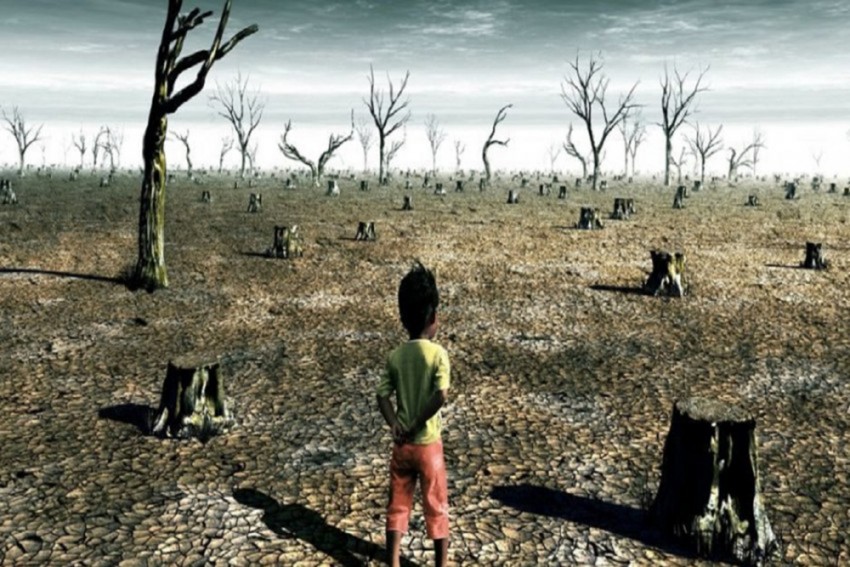 Representational Image of climate change
File Photo
Balvinder Kumar 2021-01-09T10:24:11+05:30 In A Battle Of Unequals, Here’s How Mankind Is Hurtling Towards Complete Destruction 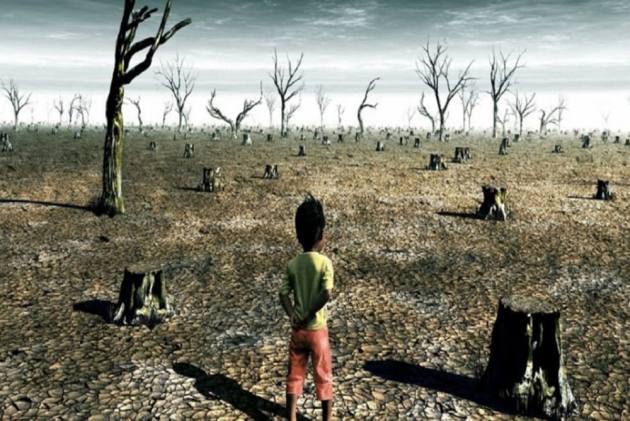 While partaking in the mad race of economic growth and in our pursuit of wealth and prosperity, we humans have alienated ourselves from Mother Nature. As a result, we have started facing disastrous consequences. We have played dangerously too long with nature. Nature is now hitting back at us. Destruction and over-exploitation of mother Earth has led to climate change, which in turn poses fundamental threat to almost all the ecosystems. An ecosystem is any geographic area like forests, lakes, deserts and mountains, where plants, animals, and other living organisms exist together. If one component is adversely affected then the whole equilibrium of that ecosystem gets disturbed. This is what has happened today with mother nature and its constituent ecosystems.

Due to changing conditions because of global warming, many wildlife species are becoming extinct at an alarming rate. Weather conditions are becoming more erratic. Everywhere the impact of global warming can be felt. The effects of climate change can also be observed in acts of violence that seem to be on the rise. According to a study conducted by University of California, and Princeton University, USA, in the year 2013, shifts in climate were strongly linked to human violence around the world; even relatively minor departures from normal temperatures or rainfall can substantially increase the risk of conflict.

On the one hand, climate change is hugely impacting our living conditions, while on the other, multiple revolutions that we are currently being witnessing, are changing the way we think, behave, work and interact with others. We are now living in a noisy and fast-moving world. In a highly materialistic driven world, many sections of the human population are struggling to be successful, which can be translated to trying to accumulate more wealth and material goods, achieve higher status and prestige. They have no time for themselves. In the modern age, the old culture of living in a joint family and social cohesiveness is steadily dismantling. There’s nuclearization of society unfolding at a fast pace right now. People have moved away from joint families and have distanced themselves from social support systems. Consequently, people are getting disconnected from other fellow beings.

In recent times, digital technology especially social media has also resulted in transformational changes in our lives. Instant messaging and sharing of information through videos have deeply intruded into our daily routines. Whatever spare time we had earlier for personal purposes is being consumed by social media. Social media like WhatsApp, Twitter, Facebook and other platforms are disrupting our lifestyle. We have started living in a hyper-connected world, at a superficial level, having hundreds and thousands of our friends across the world. We are now too busy in interacting with them in many different ways. An average adult in India is spending nearly 4 hours on internet. Teens are on their mobiles up to 8 to 9 hours. From where are they taking out time?

Due to increasing use of digital gadgets like mobiles, attention span is reducing. People aimlessly and continuously scrolling their smart phones in search of ‘interesting content’ and while doing so, they get bored. Since, they are not doing anything meaningful, they feel their life monotonous and dull. They therefore experience empty moments of ‘boredom’. It’s affecting our mental health in subtle ways. People are becoming restless, anxious and unsatisfactory because of perpetual distractions. We are getting disconnected from our family and close friends. The quality time to relax and be in solitude is decreasing sharply. Increased use of social media is making us more self-centred and probe to boredom.

Loneliness is emerging as one of the most challenging public-health problems. Not even the younger generation -- including school age and college students -- have escaped from this fast-spreading sickness of loneliness. While elderly parents are left alone in their home, the children who were brought up under caring environment are becoming lonely as not enough attention is now being paid to them. Digital media is distracting them from their studies. When they feel alone, they tend to use mobiles more often and so end up spending more time on digital platforms. Though they are always surrounded by numerous colleagues, they feel isolated from them. They are becoming lonelier even than the older generation.

As we continue to progress, our mental stress at working place as well as in relationships has increased over a period of time. As a result, we have, as a whole, become as a highly stressed society. Mental stress is becoming like an endemic in the modern world. Many of our life’s situations trigger a stress response in the body, such as unfriendly to hostile working conditions, overload of work, financial difficulties, and relationship problems within one’s family or with a boss or colleagues. We generally don’t know how to prioritise work and time efficiently. The majority of us do suffer from mental stress; however, its severity varies from individual to individual.

All over the world including in India, the incidents of mental illnesses are rising remarkably and almost taking the shape of a ‘global epidemic’. Among the most common health disorders are depression and anxiety. The Lancet, a well-regarded medical Journal published from the UK, published a report in February 2020 titled, “The burden of mental disorders across the states in India: The Global Burden of Disease Study 1990-2017.” The study claims that nearly 197 million Indians were suffering from mental disorders, including 45.7 million reported to have depressive disorders, and 44.9 million were suffering with anxiety disorders. It’s believed that today nearly 264 million of the world population suffer from depression. At its most severe, depression can lead to suicide.

As per another report of World Health Organisation, 7.5 per cent of the Indian population suffers from some form of mental disorder. Mental illness constitutes one-sixth of all health-related disorders and India accounted for nearly 15% of the global mental neurological and substance abuse disorder burden. The treatment gap which is defined as the prevalence of mental illnesses and proportion of patients that get treatment is over 70%. WHO predicts that by the end of 2020, roughly 20 per cent of India will suffer from mental illnesses!

It’s abundantly clear that mental sickness, psychological stress and distress have become widespread in all age groups. General discontentment and restlessness are rising too. Something is going wrong within us. There is disharmony between our life and ‘inner world’. We are getting disconnected from our own inner world, which is called is many names such as inner self, core self and authentic self. We are all awfully busy in our outward world, we have stopped looking inside. Our Inner Self is always in sync with our best interests.

Very often we don’t hear our inner voice due to the cacophony of the materialistic world. People often advise their disturbed friends to “Listen to your own inner voice.” Many of us can recall at least one occasion during our lifetime when we were about to commit some big mistake but were impelled to resist by the Inner Self. Fred Alan Wolf, an American theoretical physicist and world-renowned spiritual writer, said that “Humanity needs to listen until such time as the voice of inner self or the soul is heard throughout the universe as the only voice of love and compassion that has ever existed.”

We are lost in materialistic world where we have forgotten our inherent ‘spiritual nature’. That’s the reason, we have not only disconnected from our Mother Nature but also from our fellow beings and inner self.

(Balvinder Kumar is a retired IAS officer, a senior Member of UP RERA and an author. Views are personal and do not necessarily reflect those of Outlook Magazine)

Pravasi Bharatiya Divas: Here’s All You Need To Know About NRI Day Observed On January 9