How Indian Prisoners Stand To Lose The Most During Coronavirus Pandemic

'The Pandemic has highlighted the overcrowding factor of the Indian prisons – which has time and again been raised in the prison rights discourse. Sadly, even after multiple reminders the State never took any steps to address the issue of overcrowding.' 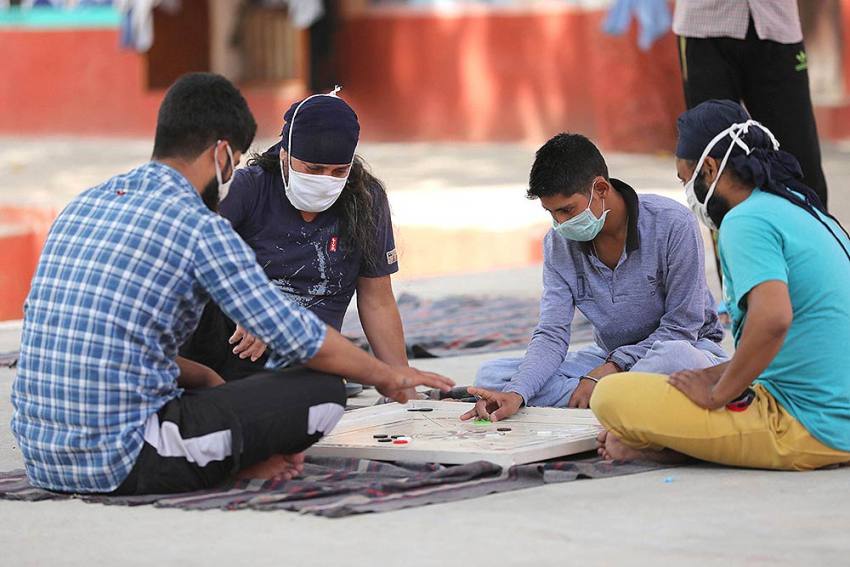 In this file photo, inmates wearing protective masks play carrom inside a jail during the nationwide lokcdown to curb the spread of coronavirus, in Jammu. (PTI)
Shubham Airi, Shivkrit Rai 2020-04-26T12:42:51+05:30 How Indian Prisoners Stand To Lose The Most During Coronavirus Pandemic 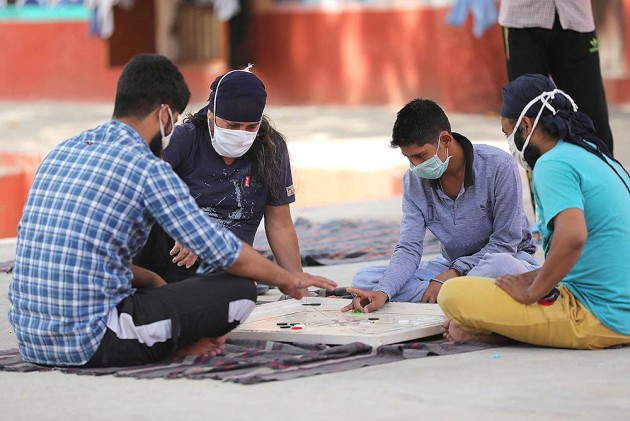 As India moves into the final week of the lockdown, one can look in retrospect and analyze what could have been done better. Until now, the national narrative has focused on flattening the curve, saving employment, fighting hunger and guaranteeing the right to health to all the people. However, one narrative which has been least discussed (if not left out) is that on prisoners’ rights.

Prisoners as a group account for 446,084 persons out of which 69.4 per cent are under trial (have not been found guilty yet). In addition to that, Indian prisons are overcrowded. The Prison Statistics of India report (PSI) of 2018 which was released by the National Crime Records Bureau states the capacity of India’s prisons was 3,96,223 inmates against the inmate population of 445,084. This aspect of overcrowding of prisons during the pandemic led to an order by the Supreme Court to form a High Powered Committee to settle the issue of overcrowded prisons and take steps to protect the prisoners. The Court had also directed the States to file a response detailing the steps taken for containing the Pandemic in prisons.

The Supreme Court order, as well as the response of the State, seems to be inadequate in the grand narrative of prison rights. The situation has brought to light two major issues. The first being, the infructuous nature of the provisions of the Model Prison Manual, 2016 which were once drafted to tackle an epidemic. The second being the ignorance towards the mental health of prisoners by the State. This, despite the recognition of mental health as a right through legislative provisions as well as through judicial mandate.

Rule 13.73 of Model Prison Manual, 2016, provides for elaborate guidelines concerning the steps, which are required to be taken by the prison authorities. These guidelines include provisions such as segregated sheds for every prisoner to carry out social distancing effectively, the detention of infected prisoner in a separate building which is away from all other inmates and proper treatment of patient’s clothing and infected barracks. In addition to the Model Prison Rules, 2016 the Delhi Prison Rules 2018 provides for similar action to handle epidemics in prisons.

A similar situation prevails in Uttar Pradesh, which has a total of 70 jails, with the capacity to house 58,400 but had about 96,383 as per the Prison Statistics Report, 2018; the occupancy rate being 165%. The High-Powered Committee in UP has ordered the release of 11,000 prisoners, including detainees released under the Public Safety Act. However, even after the release of such high volume of prisoners, the prisons in UP remain overcrowded.

LACK OF FOCUS ON MENTAL HEALTH OF PRISONERS

While the provisions of the Model Prison Manual, 2016, regarding the containment of epidemics remain infructuous, there exists a more worrying situation, i.e. the issue of mental health of prisoners. This issue has been a matter of discussion in various judicial pronouncements, however, there seems to be a negligible discussion on the mental health of prisoners in the current discourse of the COVID 19 pandemic.

Reports suggest that even in normal times mental health of the prisoners remains weak in prisons. In times of pandemic, things will become worse. This is because hearings before different judicial forums have been significantly reduced and families of prisoners have been asked to refrain from meeting the inmates. Jail authorities have also reduced movement of prisoners and have cancelled all social activities– thereby completely isolating prisoners in jails. Although, this the need of the hour, this makes prisoners more vulnerable to mental health disorders.

A cross-country narrative shows the adverse effect of isolation on the mental health of prisoners. The case of Italy is a classic one. After the coronavirus outbreak, Italy changed many prison rules to improve safety. Inmates were not allowed to meet any visitor, even family members. This caused prison riots, resulting in the death of prisoners and jail authorities. Coronavirus-fueled tensions inside the prisons and jails in the USA are boiling over into riots, standoffs and hunger strikes with incidents being reported in prisons across New York and Washington.

Rule 15.03 of Model Prison Manual, 2016 provides for safeguarding the mental health of prisoners and has provisions for arranging psychiatric help for those who need it. Similarly, Section 103(6) of the Mental Healthcare Act, 2017 requires each State government to set up mental health establishment in the medical wing of at least one prison in each State and Union territory. However, these provisions have often been ignored. In pre-COVID times, there were instances where the provision was either not followed or the authorities were understaffed to deal with the high volume of prisoners who were suffering from mental health disorders. There is an urgent need for strict implementation of the same during the time of the pandemic.

The Pandemic has highlighted the overcrowding factor of the Indian prisons – which has time and again been raised in the prison rights discourse. Sadly, even after multiple reminders the State never took any steps to address the issue of overcrowding. The solution to such a problem cannot be found in a short-term response by the State. Creation of additional jail facilities is a long term project. Nevertheless, the issue must be dealt with post-pandemic. However, there is an urgent need for the State (prison authorities) to tackle the issue concerning the mental health of prisoners.

As a starting point, the State needs to identify those prisoners who suffer from mental health disorders. The next step would be to increase the social interaction of prisoners using e-media. One such effort is seen in prisons located in Punjab and Rajasthan through the E-Mulaqatprogramme, wherein prisoners can talk to their families on a video call.

Besides, the Maharashtra Government recently launched a 24x7 free mental health helpline for the lockdown period. A similar move should be extended to prisons all across the country. The State needs to realize that the ramifications on the mental health of prisoners due to COVID 19 will be long term. India might win the battle against COVID 19, but Indian prisoners might lose.

(Shivkrit Rai, a law researcher, works at the Delhi High Court. Shubham Airi is a law student at Christ School of Law, Bangalore).