Chinese companies banned under Sec 69A of the IT Act of India, are quietly making a backdoor comeback through what could be largely termed as a “Benami” route. The menace needs to be aggressively tracked and stopped 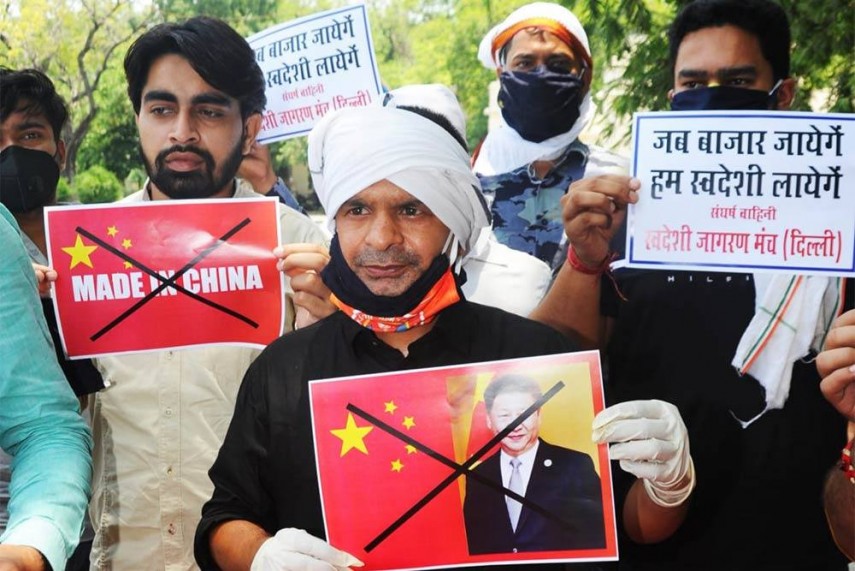 Almost fifteen years ago, when I and others with exposure to the great Chinese digital game used to go around writing and presenting about the threat of the Chinese digital companies, we were told that we are crying wolf. That there is no threat from “benign” Chinese companies who are providing cheap telecom equipment. The apps had still not started rolling in. That there is no such thing as digital companies weakening the security envelope of the country. We are collectively sad to say that we were proven right, as this has been at the cost of the nation’s security.

However, post the unprovoked Galwan valley military attack on India by China, the Indian government took swift steps to weed out the Chinese digital companies from the Indian digital ecosystem. This was done under the provisions of section 69A of the Indian IT Act. Not only did it send a message to China, but it also secured the digital ecosystem from predatory players. The apps were banned at three different times in 2020, the last one being in December 2020.

Unfortunately, these apps are now rearing their heads back in the Indian digital ecosystem, under various corporate structures with layered ownership. The Ultimate Beneficial Owner or UBO for all these entities seem to be essentially the Chinese companies that were banned in 2020. Most of them have very thinly veiled differentiation of their digital offerings and branding compared to what they were offering in 2020. In fact, most of them seem to have the same set of employees also.

SHEIN Is Coming Back To India, This Time On Amazon; Check Details

So, we now see the Chinese apps coming back in “new bottles”. The short video apps and gaming apps that have reappeared, are now gaining millions of users. Tiktok, which had a massive following in India, seems to be making a comeback in India, while in China, the Chinese government has taken a minority stake and a board seat in its parent company, Bytedance. PUBG, which had one of the largest user bases in India before the 2020 ban, seems to have reappeared in a thinly veiled disguise as Battlegrounds India. These companies are coming back in the form of PLAYit, Noizz, Mast, Resso, Zili, Tiki etc., and are zooming to the top of the charts.

Besides the usual entertainment driven apps, the Chinese are also targeting the more vital sectors such as logistics. Lalamove, a Chinese app in the logistics sector, that was banned in December 2020, seems to have reappeared as Delivery Uncle. Even the employees of Delivery Uncle are the same as those of erstwhile Lalamove and many of them even slip up and refer to Delivery Uncle as Lalamove. Even the Linkedin profile of the so-called Indian “founders” of Delivery Uncle claim that they are employees of Lalamove. This structure hints at benami ownership, and also movement of capital into India against the law of the land as the UBO (Ultimate Benefical Owners) appear to be Chinese. Interestingly, both Lalamove and Delivery Uncle even have the same app version of 105.1.0.

These developments are especially worrisome as the Chinese government is now openly taking over Chinese tech companies. There is news pouring in of the Chinese government getting control over Didi, an app-based cab hailing service. Similarly, there is news of ARM, the erstwhile British company whose semiconductor IPR drives phones, cars, microcontrollers, Amazon’s servers and even finds its way into Intel processors, having its entire Chinese operation being snatched by a rogue former CEO, backed by the Chinese government, whose security personnel does not even let the ARM executives to enter their own premises. This has been billed as the semiconductor heist of the century, where an entire plant and its IPR has been simply snatched away. Perhaps this is a literal version of ARM-twisting. Keeping the puns aside, it shows the single-minded pursuit of the Chinese government to acquire technology at any cost and to also weaponize technology.

India needs to continue its policy of defending its digital ecosystem from the assaults by the Chinese digital forays. It would not be an easy task for government bodies to identify and unravel the web of ownerships of the benami Chinese companies that pose a threat to India’s security and economy and would require support of the Indian digital players and startups for providing the necessary inputs.