The survey was hosted on Dailyhunt's platforms and administered in 10 languages including English and Hindi. 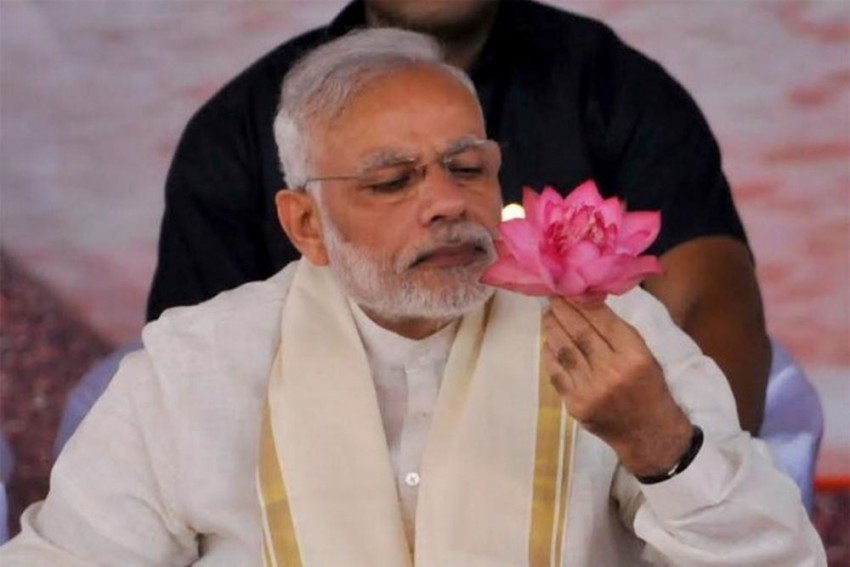 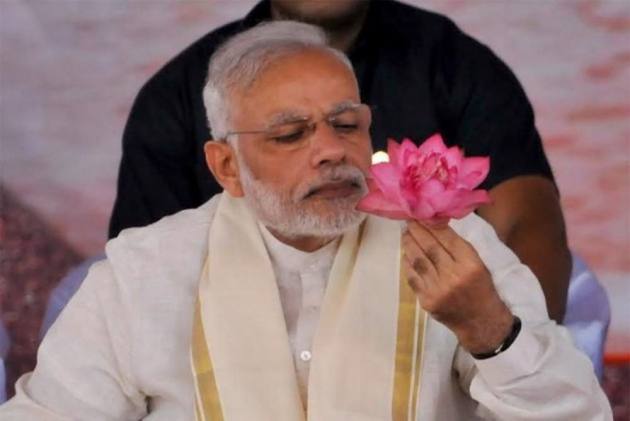 More than 63 per cent respondents in an online survey expressed their "trust" in Narendra Modi and over 50 per cent said a second term for him will provide them a better future.

The survey, carried out by the news portal 'Dailyhunt', and Nielsen India, a data analytics company, was based on opinion of over 54 lakh respondents taken online from within the country and abroad, claimed a statement by them.

"Sixty-three per cent of the respondents expressed more or similar levels of trust in Narendra Modi as compared to 2014 (when he came into power), representing satisfaction in his leadership capabilities for the last four years," according to the survey.

The Congress, however, rubbished the findings and termed the  survey as "wasteful" and "fake".

"A desperate Modi government has lost the faith of people and is facing imminent decimation in five poll-bound states. It is now only using its ill-gotten financial resources to latch onto fake surveys to find legitimacy. Such wasteful surveys will never prop up a government that has already been rejected by the government," Congress chief spokesperson Randeep Surjewala said.

The survey also said that more than 50 per cent of the respondents believed that a second term for Modi "will provide them a better future".

When it comes to the five poll-bound states, the survey claimed the people in Madhya Pradesh, Rajasthan and Chhattisgarh are "currently keeping the faith in Modi".

"Telangana is the only state bucking this trend," it said without talking about the trend in Mizoram.

The survey claimed 60 per cent of the respondents seem to trust Modi the most in order to uproot the longstanding issue of corruption.

"Interestingly, AAP National Convenor Arvind Kejriwal got higher precedence over Congress President Rahul Gandhi in this category," it said, referring to the analysis of survey results of "trust and belief" factors.

"Sixty-two per cent of the respondents are confident that Narendra Modi is the best fit to lead the nation during a national crisis, followed by Rahul Gandhi, (17 per cent), Arvind Kejriwal, (8 per cent), Akhilesh Yadav, (3 per cent) and Mayawati, (2 per cent) respectively," the survey said.

The statement by 'Dailyhunt' and Nielsen India clarified that the survey is motivated not by politics and that it was carried out to reflect the voice the people of the country.

The survey was hosted on Dailyhunt's platforms and administered in 10 languages including English and Hindi.

The respondents in 35+ years category showed greater support for Modi as compared to other age groups, added Bedi.

Last year, Philippine President Rodrigo Duterte has won Time magazine's readers' poll of the 100 most influential people in the world, while Prime Minister Narendra Modi did not garner any votes in the online survey.

Modi had been named among the magazine's probable contenders in last year's Time 100 list also. He was named by Time editors among the 100 most influential people in the world in 2015 and Obama had written a profile for him for the magazine.

Hindus Feeling 'Insulted' By SC Observation That Ram Temple Is Not A Priority: RSS