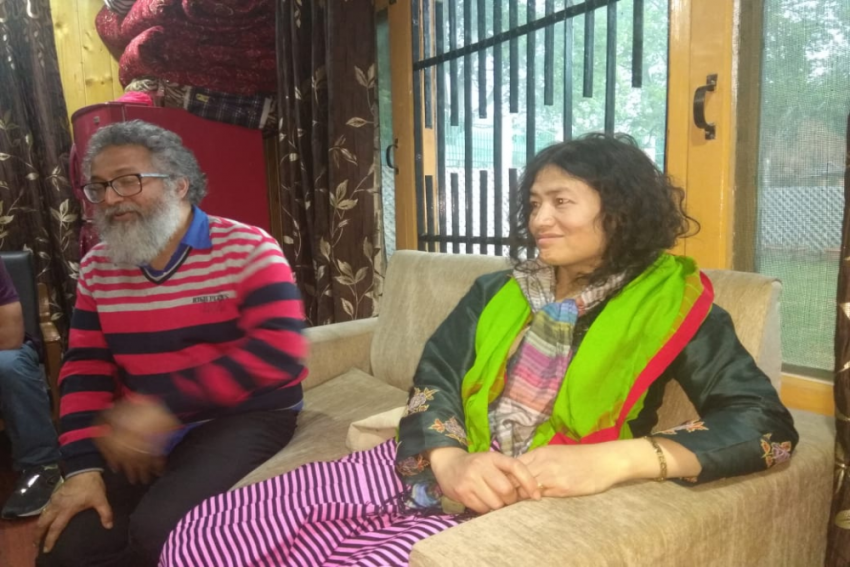 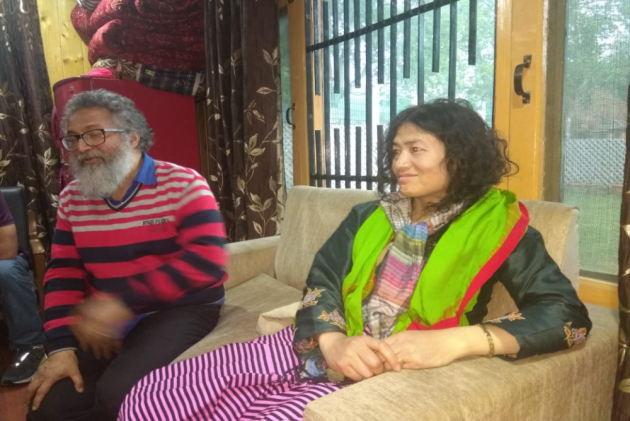 On her first visit to Kashmir, civil rights crusader Irom Sharmila compared stone-pelting at security forces with using eggs to smash stones. The 42-year-old poet from the country’s Northeast also advised the youth in the Valley to resort to non-violent demonstrations, saying they could prove to be better ways of protests to resist the powerful.

“Pelting of stones is just using eggs to smash stones. It is an egg-versus-stone fight. That will result in more violence, hatred and degradation,” said the Manipuri activist, known best for 16-year fast demanding the repeal of a national law that gives security forces special powers in “disturbed areas”. “The people are not afraid anymore; they are very angry. They haven’t found a more effective way to challenge the system. They don’t care what happens to them. They are so angry. They are fed up with talking now.”

All the same, such “non-violent methods of struggle are strong”, she added, recalling how common Indians stood against the powerful British and freed their country from two centuries of imperial rule.

Kashmir has on and off seen its schoolchildren joining elders in hurling stones at security forces in the Valley—more so in the months-long protest against the killing of militant Burhan Wani in July 2016.

Imphal-born Sharmila, on the other hand, has followed a Gandhian style of revolt: she was 28 when she began a fast demanding annulment of the Armed Forces Special Powers Act, 1958. That led authorities to force-feed her nasally from November 5, 2000 in a struggle that earned her the reputation of being the “world’s longest hunger striker”. Sharmila wound up her fast on August 9, 2016—and, almost a year later, married her long-term partner Desmond Coutinho, a British citizen of Goan origin.

Now in Srinagar, the couple visited a J&K tourism department hut. There, Sharmila, with Coutinho sitting next to her, said she was surprised to see an overwhelming support from the Mehbooba Mufti government for the revocation of the AFSPA, which has for long received criticism from human rights advocates. “I find that your chief minister and the police heads here against the AFSPA. That is contrary to (the stand of the) Manipur CM,” she said.

That apart, a noted human rights activist in Kashmir expressed displeasure over Sharmila being escorted by an NGO that is “pro-establishment” and bore “doubtful” credentials. Khurram Parvez, who is program coordinator of the Jammu Kashmir Coalition of Civil Society and chairs the Asian Federation Against Involuntary Disappearances, said Sharmila’s demand for revocation of the AFSPA “never attracted the imagination of the people of Kashmir”, because it was seldom a demand in the Valley.

“People here understand that impunity in Jammu and Kashmir persists not only because of draconian laws, but because of the moral impunity and absolute lawlessness,” he said. “The J&K police are not covered under the AFSPA, yet they have also enjoyed impunity. Irom’s demand did not find enough resonance even when she was on hunger strike for years, also because the demand in Kashmir is for demilitarisation and resolution of Kashmir dispute.”

Sharmila is on a four-day visit to Kashmir, where she has already met the CM, state culture minister Naeem Akhtar and the Opposition National Conference leader Nasir Aslam Wani, besides senior police and civil officers.

The dignitary also interacted with orphan children. “It is a beautiful place,” Sharmila said, recalling her meeting with various people in the Valley. “The people are beautiful here and what has been done to them is horrible.”

On the occasion, she touching her long scarf, and revealed that the cloth was manufactured by the Konan Poshpora rape victims. That relates to a 27-year-old incident: on a chilly February night in 1991, the army allegedly gang-raped women during a cordon operation at that village in Trehgam Tehsil of border Kupwara district, 100 km north of the capital Srinagar. “I really don’t know how to help out people,” Sharmila said feebly.