Why Assam Anxiously Awaits The Second Draft Of NRC 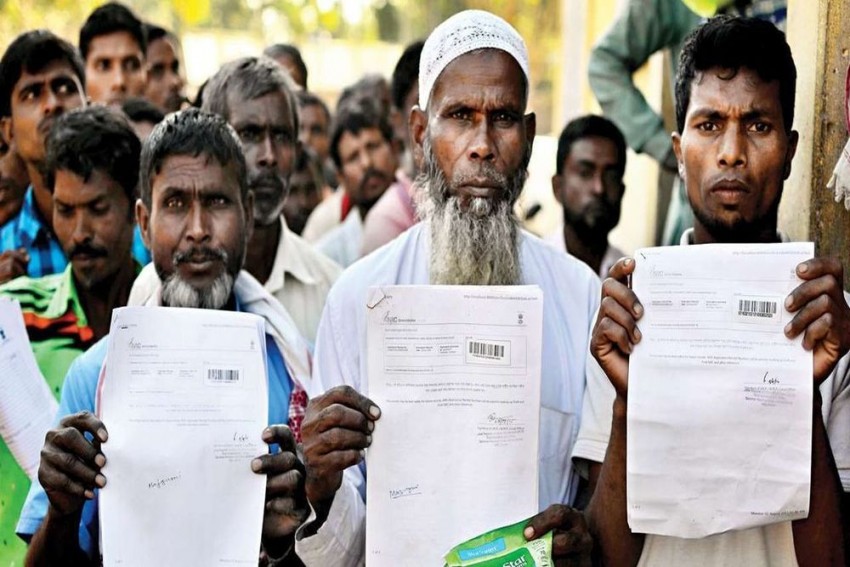 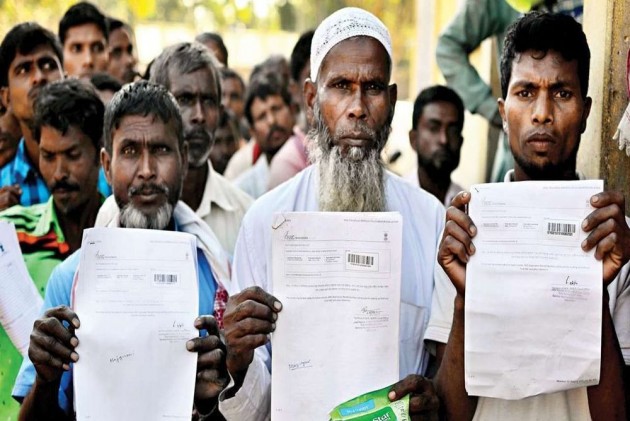 With anxiety and hope, people in Assam are waiting for the second and updated draft of the National Register of Citizens (NRC) scheduled to be published by June 30.

That can possibly lead to a situation that 6-7 million residents, who do not have legal documents to support their cases, might be declared as stateless persons, or what Americans call "illegal aliens".

Assam is the first state in India to conduct the massive exercise of bringing out an NRC. The citizenship identification matter is extremely volatile in Assam as the state has witnessed violent anti-immigrant mobilisation since the early 1980s.

Previous governments in Assam were reluctant to pursue the citizen identification procedure fearing serious law and order crisis. However, the Supreme Court’s intervention has expedited the process. When the NRC brought out its first list, the protests against it was muted than expected as people those who missed out still carried the hope to be included in the updated list.

If the NRC leaves out 6-7 million residents from the register while bringing out its new list, it will have serious political and security implications not only in Assam but also in its neighbouring states. The issue can potentially push the fragile Bangladesh-India relations to the precipice.

Before discussing the implications, it is also important to stress that the handing over the process of identifying citizenship to a highly corrupt and inefficient local bureaucracy is extremely problematic.

Another factor is chief minister of Assam Sarbananda Sonowal, who before joining the BJP, had made his political career in opposing migrant population in his state. But the RSS, which has been allegedly engaged in the religious mobilisation of Assam for decades and has brought the BJP to power in the state,  supports Hindu migrants from Bangladesh. It is quite unlikely that the RSS would let CM Sonowal or the BJP’s coalition partner Asom Gana Parishad (AGP) to go against Hindu Bengalis settled in Assam.

To protect the Bengali speaking Hindu migrants from the NRC, the central government has been trying to pass the Citizenship (Amendment) Bill, 2016. If this bill gets passed in Parliament, it will grant citizenship to the prosecuted Hindus of neighbouring countries who have arrived in India till December 31, 2014. This Bill is aimed at protecting Hindu migrants from the ambit of the NRC.

The Bill is being opposed not only by the opposition Congress Party and the AIUDF but also by the AGP. The leader of the AGP and former chief minister, Prafulla Kumar Mahanta, brands the Bill anti-secular and persists on his old demand of all migrants after March 24, 1971, to be detected and deported. Even there are signs that the BJP unit in Assam is divided over the Bill.

Though Assam has already witnessed a number of protests against the Citizenship (Amendment) Bill, 2016, the Bengali population in the state has been divided over the religious lines. A highly ethnically volatile state such as Assam, which has experienced decades of insurgencies and ethnic riots, is getting further divided on religion.

Once the NRC brings out its revised list at the end of this month, those who will be left out will get a possibility to file objections and if that fail, they can approach foreigners’ tribunals. But that consolatory process might not be enough to keep the accumulating anger under the lid. Considering huge numbers of serious mistakes in the first list, there is very little of hope of the second and updated list to be a non-controversial one.

The situation in Assam is quite precarious already and the publication of the list has all the potential to trigger a mass violence of a huge proportion. Assam is not new to this phenomenon. More than 2,000 Muslims were massacred in Nellie in 1983 by ethnic Assamese Hindus after the decision to give immigrants the right to vote before the state election.

In recent years, there have been mass murders of Muslims in 2012 and 2014 and destruction of mosques as well.

The storm over the citizenship issue is not only limited to Assam. The Citizenship (Amendment) Bill, 2016, is opposed by the Conrad Sangma-led coalition government in neighbouring Meghalaya, in which the BJP is a partner. Sangma opposes the Bill as it goes against the popular demand in his state to declare all the migrants, not only Muslim migrants as illegals.

However, the other challenge comes from the West Bengal chief minister Mamata Banerjee, who has already questioned the motives behind the ongoing process of updating the NRC and sees it as an attempt to drive out 12.5 million Bengalis from Assam.

What will happen to the residents whose name will not appear in the NRC list? Taking away the voting rights only will not satisfy the hardline anti-migrant forces. These forces want ‘migrants’ to be deported, which will be almost an impossible task as Bangladesh has been steadfastly refusing any human migration to India from its side. So, the whole exercise of bringing out an NRC in Assam under the direction of the Supreme Court might turn out to be futile.

(The writer is a professor of Peace and Conflict Research at Uppsala University, Sweden. The views expressed are the author's own.)